With virtually every professional sport in America back up and running, as well as football looming on the horizon, it’s been no secret that baseball has struggled for attention and viewer appeal over the recent months. With an early COVID-19 outbreak and lengthy negotiations that left many wondering if baseball would even begin at all, fans had largely directed their attention elsewhere and continue to remain interested in other sports. The question then becomes, what does baseball need to do to revitalize the game and increase viewership?

One of the things that makes baseball unique is the existence of Baseball Advanced Media, which is essentially MLB’s online marketing department in that it controls the league website and all digital content for the 30 teams across the sport. Given a modern context, this means that the league is involved in all social media that is produced by any given team on any given night. While this is a highly financially lucrative situation for MLB, it creates a lot of headaches and red tape for ball clubs.

While BAM isn’t exactly “big brother” when it comes to online content, there are certain rules and regulations that don’t exist in other leagues and they put a funnel on the creativity allowed for individual teams. Social media platforms and sports-based content are a strong partnership, especially considering how many people engage with team accounts on any given day. For example, the Golden State Warriors recently became the first NBA team to accrue two million followers on Tik Tok.

Social media is the platform of the younger generation and a unique way to get people to engage with new content and unfamiliar material. Many other teams in sports are clearly already jumping on this bandwagon. The point is, by either directing more time and effort on the part of teams into their social media departments or by dissolving BAM and allowing teams the full rights to their digital content, more creativity and freedom will find its way into baseball, thus attracting new and younger fans.

Clean Up the Astros’ Scandal

It’s no secret that even with this baseball season being the most unorthodox in history, the thing that plagues this particular season the most is the spectre of the Astros’ sign-stealing scandal. While practically the entire Houston coaching staff and managers were fired in the wake of the verdict, the Astros still hold on to their World Series title and multiple players who were deeply involved in the situation.

The whole dilemma and the arguably mild punishments that were handed down have given the MLB a rather dishonest and cowardly appearance in the eyes of not only baseball fans but sports fans as well. Not to mention the fact that it makes the league look rather hypocritical when you consider players like Pete Rose have been banned for life for tipping the scales on a few games, while the Astros stole signs for over a year, leading them to two AL West Division titles and a World Series championship.

The point here isn’t that the Astros need to be thrown out of MLB or publicly shamed for the next decade. However, the lack of accountability and the shady procession of the punishment process isn’t making Houston, or baseball as a whole, look any more appealing to fans. Hard to get behind such young, bright talent if it can’t be trusted.

While the MLB has recently begun allowing more player personalities to shine in the game with the addition of Players’ Weekend, there are still few opportunities for players to personalize the game as well as let their personalities show on the field. Within the last week, outspoken Cincinnati Reds pitcher Trevor Bauer posted online customized cleats that spoke to the recent suspension of Los Angeles Dodgers pitcher Joe Kelly. Bauer’s cleats included the expression “Free Joe Kelly” and were deemed to be “not a part of the MLB uniform protocol” and would be ejected from the game if he wore these cleats during his start.

This is not the first instance where a player’s uniform has come into question with either being ejected from the game or being fined. In 2010, San Francisco Giants closer Brian Wilson was fined $1,000 for wearing highlighter orange cleats, as this color was not within the guidelines of the uniform policy.

Whether it’s limiting designs on jerseys, cleats or gloves, there has been and will continue to be regulation on the uniforms of players, except for one three-day weekend series where all rules regarding the players’ choices of uniform and cleats are eliminated. Similar practices have been common in the NFL, but over time the NFL and the Commissioner’s Office have become less stringent when it comes to letting players customize their uniforms, as popularity of custom cleats and performance gear has increased the likeability of the league’s players. If the MLB adopted a similar system, many fans would enjoy seeing the players’ personalities shine.

With baseball coming back into the fold of nightly television, many fans are wondering why games of their favorite and hometown teams are being blacked out and unable to be seen. Due to television deals between MLB and big cable conglomerates, many fans who wish to watch a game in their area but do not have a cable subscription are unable to watch baseball games. This problem is common among many professional leagues, but has been a particularly thorny issue for a sport heavily dependent on regional followings for years.

With the steady growth of streaming services like Netflix and Hulu, many Americans do not see the need to carry a cable subscription, unless they wish to watch live sports. In addition to this, some MLB teams have signed exclusive television and broadcast rights agreements with one network and television provider. For example, the Los Angeles Dodgers signed a deal in 2013 to have all games and programs shown on a new regional channel called Sportsnet LA, which was only accessible by those who had Spectrum as their internet and television provider. This deal was recently scrapped and as of the 2020 season, Sportsnet LA is now available on Spectrum as well as DirectTV, which still leaves those in the Los Angeles area who do not subscribe to either of these services without Dodger baseball.

If MLB were able to utilize more streaming services and let fans watch games without the worry of blackouts, their fan base would grow exponentially due to more exposure as well as easier accessibility of their product. 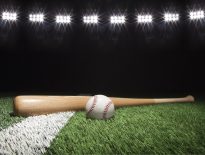