Who is the face of Major League Baseball? When posed to any other sport today it is a question that is rather quickly solved.

NBA? LeBron James. NFL? Peyton Manning. NHL? Sidney Crosby. Boxing? Floyd Mayweather. Soccer? Cristiano Ronaldo. Even faux sports like WWE it’s easy with John Cena. There is a clear-cut top guy to run out in front of every major sporting attraction in the world today—but not Major League Baseball in 2015.

This is due in part to the fact that for years now, that job has been divided up along many different guidelines. There are times when the best player (Albert Pujols, Miguel Cabrera) is not necessarily seen as the face, in the same way that the most popular one (Joe Mauer, David Ortiz) isn’t as well. Sometimes, it has been because the notability is a rather dubious one (Alex Rodriguez, Ryan Braun) or because the word is still getting around about a guy on the mainstream radar (Mike Trout, Andrew McCutchen). All things considered, there may have never been a more difficult time to say who the front man for the MLB is — or how to sort out who should be.

But that is where we are right now: figuring out who is the face of Major League Baseball. The MLB Network is currently running its annual poll on the same subject, whose past two winners — Joey Votto and David Wright — show why the notion of a pure fan vote can produce the same sort of dubious outcomes that All-Star voting has in years past. Rallying the people to get behind a guy they like on the merits of popularity and city pride alone probably is not the best way to sort out who is the game’s preeminent property.

With 2015 reflecting the changing visages of baseball — the first season in 20 years without Derek Jeter and the first in 23 years without Bud Selig as its commissioner — we here at TSFJ, we are going to take on the task with a bit of a twist. Similar to the MLB Network’s effort, all 30 teams will be pitted against each other with a representative standing in as their foremost player. Yet the teams are broken down into three categories based around the class struggle that has often been the biggest focal point of the game.

The categories are the Upper, Middle and Lower classes.  Basically, it ranks where each club ranks in image, profile, as well as the size of their wallet. Then it comes down to the face of each team, which is a representative that stands in on the frontline for both his team and the game itself. The decision comes down to what goes into determining a player’s standing, whether it is a popularity, on-field production and mainstream presence. Each player/team is then pitted against each other in a grouping of similar teams that will ultimately come down to a final four to figure the true Face of the MLB today.

There will be a pre-determined list of candidates for the honors, but if we aren’t getting it right, you can even write in your guy. We are here for the people, after all.

The process will go like this: over the next three days a grouping of each MLB team and its top representative will be posted, and you will be able to vote for the player you feel is the best face of the game. Then the winners and top runner up of each division grouping will be pitted against each other in a winner takes all showdown to determine the true Face of Major League Baseball in 2015.

But there is more: because you all are loyal to our cause and to serving the national pastime as well, everyone that signs up and votes will be entered into a drawing for a copy of “MLB The Show: 2015” as well. This year’s edition of the game is the embodiment of pulling the franchise to the front of the game, with all-new features including an revamped and expanded franchise mode, a re-branding of the popular “Road To The Show” mode and 30 legends of the past including Ted Williams and Ernie Banks to keep the vintage, yet relevant feel that only baseball can deliver.

So, what else could you ask for? You get a say in the content here at TSFJ, get to stake your own claim in the debates of day and even get a chance to win some pretty nice swag as well.

Come back Thursday and get into calling the shots on true Face of the MLB, TSFJ style. 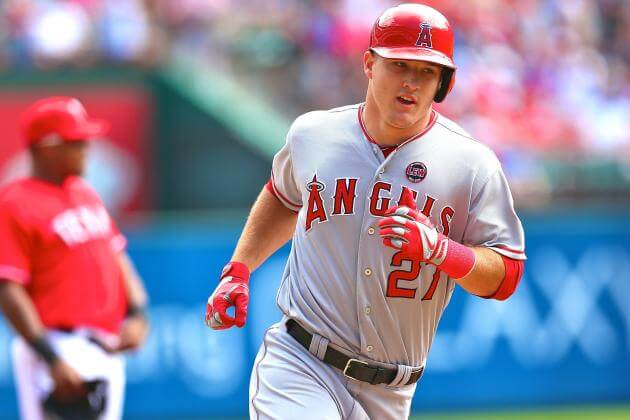