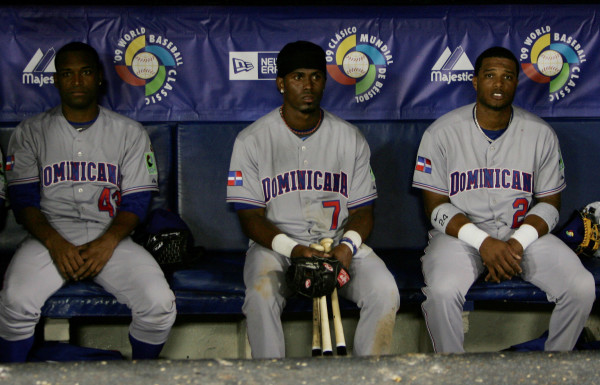 It’s no secret that America’s pastime has been far from just our own. Whether it’s the Japanese stepping up to win the first two (and potential third) World Baseball Classic tournaments, or if it is Mexico or the Netherlands stepping up to pull off surprising victories in the ultimate showdown of the nations, let it be clear, this is the world’s game now completely. Yet in past two weeks, the Dominican Republic has made a statement: It is set on taking the game in an entirely new direction than it's ever seen before.

Being the best of the best from the small country with a total population lower than several U.S. states is not easy. Of all the countries that feed talent into the United States, making it out of the Dominican Republic is as tough of a cut as there is in sports. That being said, the absolute best from the best importer of baseball talent in the world is a tall task to stare down. The undefeated team that is plowing its way through any nation who steps up to the plate features a ridiculous collection of talent. With elite players in Robinson Cano, Jose Reyes, Fernando Rodney, Nelson Cruz, Edwin Encarnacion, Miguel Tejada and Hanley Ramirez, they are showing that winning the game isn’t just the goal; it’s about making a statement as well. And that’s what is truly setting them apart: They don’t think they can win; they EXPECT to do it.

And they are not alone. The Dominican crowds have been as much of a revelation as anything has been in the tournament. The passion that they provide makes every tilt a home game for them, and the energy and vibes that they radiate onto the field is unlike anything that’s seen in baseball anywhere else in the world. The zeal of the crowd is the ultimate and truest performance-enhancing drug. It carries the team to the moment and then shakes the foundation when it inevitably arises. 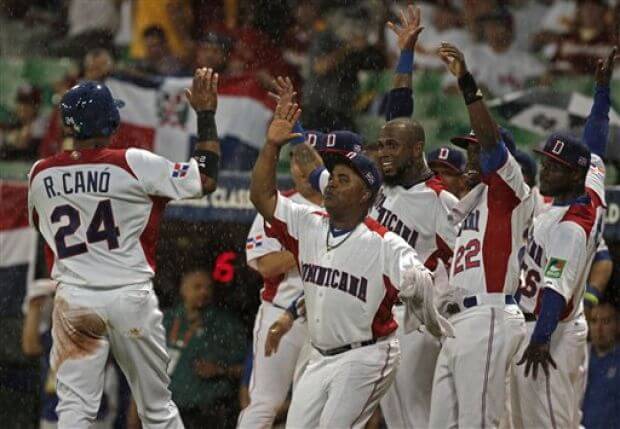 The national pastime is the national passion in the DR. This is a clearly professional team that’s lined with millionaires many times over. Yet they are playing with an energy and pride that is fueled not by the job, but by the same love that their fans are raining down on them. It’s a mutual liveliness showcasing that a game that is crucified for being too reserved is anything but. In layman’s terms, while the DR team does play for the money, the love of it still has a place as well. The pulse, the veins, the heart of the game radiate in everything from the players adorning their flag and the fans waving it to those that aren’t there to do so in person.

To further consider the impact of the nation on the game, this small representation of the Dominican is far from an accurate representation of the nation’s current impact of what the game could be. I mean, it’s not as if Albert Pujols, Jose Bautista, David Ortiz or Adrian Beltre could have made the team any better, right? So to even entertain for a moment that the Dominican beating the American team is happening because it sent a roster more suited to make a head-to-head impact is ridiculous. The Dominican could have done much better in that regard.

Perhaps it’s just a matter of heart. This is a nation that has to fight from the very beginning and at an early age. The Dominicans have to fight just to get the eye of the scouts that are salvation towards the finer facilities and league opportunities that America has. But to get this far, and then have that nature evaporate, plain isn’t happening. They take pride in taking the fight to the world, and even more so, taking that fight to the representatives of the country that still keeps the image of being the best ballplayers in the world, even if that’s not a true claim any longer. “They have big names, but we played with bigger heart,” said Cruz.

Maybe that sums it up completely. America has the talent and pride, but the Dominicans, and the culture they bring with them, have coupled that same talent and pride with an unmatched heart and desire to get their due. Their time is now, and they are not shy about showing it. And really, why should they be?

5 Replies to “The Dominican Republic, Pride And Its Will On The World”