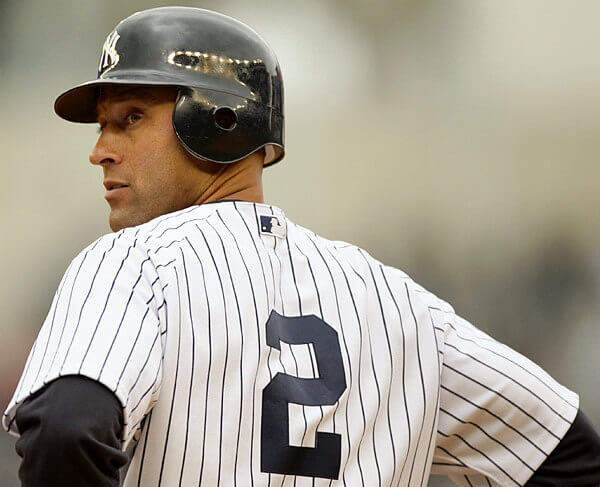 But that is just the thing with Jeter — he never had to be because there has been no player since Joe DiMaggio who has had the world in the palm of his hand like Jeter has. He has had more “it factor" than any player in history. Simply put, there is a reason why he is still the face of Major League Baseball as he approaches age 40, and an heir will not be eligible to approach his throne in that role until he steps aside for the last time sometime this fall.

His impact needs no introduction, but let’s just gives it a tap dance for the hell of it. The announcement of his retirement made tickets in Boston, of all places, for his final game skyrocket 278% percent in a few hours alone. The chance to see him take to the field for potentially the last time is now costing $1,150 — eight months early.

He’s the man that men want to be and women go after. No. 2 is who kids want to grow up to be, while his peers respect him unflinchingly. He defined being the captain. He defined being cool. He’s surpassed the standard and reset the course in a way that nobody else will be quite able to capture.

It is all of these things that come together to make Jeter a sensation that will be as appreciated in years to come as he has been for nearly two decades. His greatness is the shared kind that only Bill Russell and Joe Montana can really relate to, one that is created solely by uplifting — and keeping — a franchise at an elite level, purely by the radiance that his performance and presence bring.

And please, do not underscore what a massive undertaking it is to lift up and define a stretch with the most successful franchise in American sports history. Being a great Yankee means being one of the greatest players ever, period. And in his time, he has come to be one of the most prominent players to don the pinstripes ever, one that is equal on all parts with Ruth, Gehrig, DiMaggio, Mantle and Mariano. At shortstop, I’m not going to raise too much of an argument if one decides to say that he’s the best to ever do it either. And I greatly respect the résumé of Honus Wagner, witnessed the wizardry of Ozzie daily, saw the consistency of Cal and the dominance of Rodriguez firsthand as well. Simply because Jeter is just that good, he brings everything to the table as a ballplayer that could ever be asked.

This year will be an interesting one, because Jeter’s presence, which has been defined by his cool consistency, has always been a bit understated. That's a stark contrast from the congratulatory receiving line that will await him at every turn this year. In his career, even at his own position, there have rarely been times where he has been considered truly the best. Complexly, he was always the standard, but not the best, purely because of the reliance on flashy, prominent numbers. There was the statistical, award-winning excellence of A-Rod and prodigy-level bat of Nomar Garciaparra that seemingly were put before him. Miguel Tejada even has one more MVP from his league than Jeter does, which is probably as good a reason as any to keep awards deeply rooted in context.

But the assessment of Jeter brings up an interesting question: Can one win too much? Can such success hit a point where it overrides the particular greatness of the player himself? The answer is both yes and no. The point of competition is victory, yet it is easy to get caught in between the fold of team success and personal responsibility. For Jeter, he has always been seen as a “winner” or as “clutch.” From the Jeffrey Maier home run, to his .351 career average in his seven World Series trips, and all the way through "the play" versus Oakland in 2001, there have been no shortage of playoff "it" moments to define him by.

While the collage of moments in the season’s final month are brilliant, they also shadow just how great he’s been at all points of the baseball calendar.

But the proof is there. It is why you look up and see only nine players have more hits than him in the history of the game, and if the summer is kind to him, he could cut that list to four. It’s the litany of awards — 13 All-Star Games, the eight top 10 MVP finishes, five Gold Gloves and five Silver Sluggers. But it is also the Roberto Clemente Award and the endless, unofficial, yet most telling accolades that teammates heap down on him. “It” is truly the best word to bring it all back in.

Jeter has always been better than we have been able to consistently note, mainly because he makes it look so effortless to be exceptional. True magnitude is the type that does not measure out easily but is understood when "it" is seen, and that’s who Jeter is.

One Reply to “Derek Jeter And His Everlasting 'It Factor'”