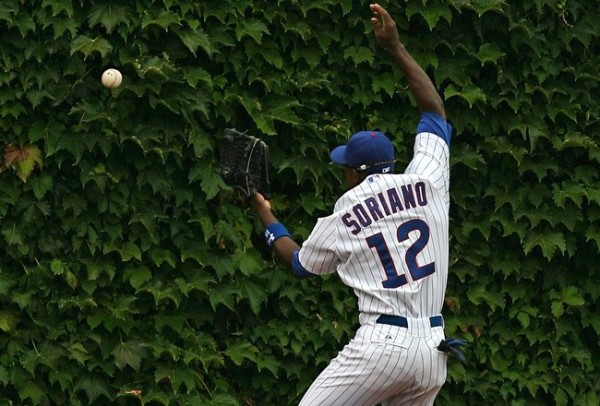 A few months ago, you were asked if you would rather be crossed over or dunked on. The response, as on all things TSFJ, was more than expected, leaving no doubt that the first edition of Crowd Participation provided comedy as well as food for thought.

Now, considering that the unofficial second half of the MLB season begins today, it’s time to bring the debate to the diamond.

Think back to your time in Little League or those all-day affairs you had with your friends, when every kid with the bat in her or his hand tried her or his best Ken Griffey Jr. impressions. Think of that time you struck out the one kid you couldn’t stand because he called his shot every time you pitched. Think about the time you robbed your older brother of a double out on that muddy left field (and you might have had on a perfectly white shirt until you went for the ball). And reminisce over the one home run you ever hit in your career – mine was just over the “short porch” right field fence in the little kiddie playground back in ’93.

Triumphant times, right? Well, baseball is the most humbling game in all of sports, and unless Miguel Cabrera is reading this (what up), it’s probably not a stretch to say that those great moments were brief flashes for a few and happy accidents for the rest of us.

Considering that a bulk of the most faux pas in baseball happen on the field or on the mound rather than in the batter’s box, today’s Crowd Participation eliminates some of the soul-crushing moments such as looking at the greatest curveball in your life pass you by or whiffing at a pitch you had no business swinging at.

In this case, really think about it: Would you rather allow the game-winning home run or have the error that essentially lost the game?

6 Replies to “Crowd Participation: Would You Rather Allow The Game-Winning Home Run Or Make The Game-Losing Error?”

Crowd Participation: Would You Rather Allow The Game-Winning Home Run Or Make The Game-Losing Error?