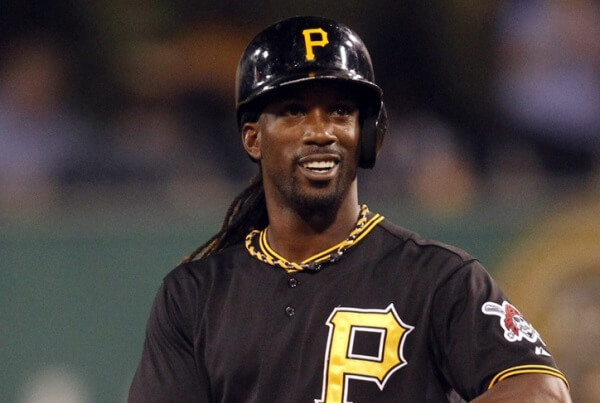 First of all, I would like to say that I am stunned by the accuracy of which the All-Star vote relayed a very good representation of putting close to the best possible lineup for each team at the head of next week’s 2014 MLB All-Star Game in Minneapolis. As The Rev said yesterday in his surveying of the ASG scene, whether it is the spread of knowledge via the internet or fantasy sports, the fans are getting better at this voting thing.

It is also not a particularly difficult year to choose from either, though. In many cases, despite it being a very competitive team season, the upper tier of each position has been very clear to decipher … in most cases.

However, there are still a few wrongs that need to be righted and even some scores to hash out here at TSFJ on who deserves the nod and where across the diamond. That final score will be settled here tomorrow between The Rev and myself, but as for today, here is how I see where the vote got the job right — and where some deserving All-Star starters got jobbed.

Catcher: Yadier Molina, St. Louis Cardinals — He’s had an up-and-down first half, and thus he made one of the earlier All-Star prognostication lists I worked on … only to miss the starting call for the second one. However, when looking between the lines and seeing that he is still shutting down the base-running game better than any other catcher in the game (50% caught stealing), coaching the Cardinals staff through a dominant first half and swinging a solid bat as well, it’s clear that nothing has changed about his status as top backstop in baseball.

First Base: Paul Goldschmidt, Arizona Diamondbacks — Goldy kept the momentum going from his breakout 2013 and has continued to put out the finest all-around résumé of any first baseman in the game. He's raked in 50 extra-base hits, is playing Gold Glove-caliber defense and is fighting through the surprisingly flat season for the Snakes with no signs of phoning it in at all despite all of it.

Second Base: Chase Utley, Philadelphia Phillies — Second base has a bit of parity to choose from, but Utley is leading the spot in doubles (24), RBI (45) and OPS for full-time second sackers (.793). He’s simply doing what he’s always done: a bit of everything, better than most.

Shortstop: Troy Tulowitzki, Colorado Rockies — Anyone would be hard-pressed to say that anybody else is having a better year than Tulo, period. He's written his name in pen for this honor since the middle of April and has not relented yet. His .348 batting average is tops in either league, and he’s on pace to join the 30/30 club as well for good measure.

Outfield: Andrew McCutchen, Pittsburgh Pirates — Two years ago, he led the NL in hits. Then last summer, he followed it up with an MVP nod for good measure. Now he is having the best season of his career for the third straight year, sitting in the NL top five in hits, doubles, average, RBI, on-base percentage and OPS. He keeps raising his individual bar to a higher level with regularity, and it is beginning to seem like only he can reach it to reset it.

Outfield: Yasiel Puig, Los Angeles Dodgers — He has cut down on the mental errors and increased both the quantity of his measurable marks and the potency of his intangibles within the club as well. The easiest way to make everybody get off your case is to make them eat crow with your returns, and Puig has silenced even the staunchest doubters about his place in the game this year.

First Baseman: Miguel Cabrera, Detroit Tigers: The world’s greatest hitter is up to his usual business, even if slightly down a bit. But his lesser season still has him at over 100 hits and driving in 70 runs, while punching out an MLB-best 32 doubles. He’s the easy answer and the only answer here.

Third Base: Josh Donaldson, Oakland Athletics — He is the straw that stirs the drink by the bay. His average has been in a steep slide, but he keeps coming with the big hits when needed. His .308 average with runners in scoring position proves it at the plate, and his deft glove work in the field makes him one of the most balanced clutch players in the game. His highs outweigh his faults.

Outfielder: Mike Trout, Los Angeles Angels — He’s the best player in the world and is having his best season of his career while finally getting to play for a competitive team. His “what else do I have to do” campaign to win his first MVP may be coming to an end soon this time around. He’s the easiest choice on the ballot in either league — and will stay that way for another decade.

Outfield: Jose Bautista, Toronto Blue Jays — He has had more prodigious displays of power in his career and has driven in more runs, but his presence and evolution into a more complete hitter (.290/.411/.512 split line) is the biggest reason why the Jays have been able to begin to live up to the standards they set with their spending spree of a year ago.

Outfield: Adam Jones, Baltimore Orioles: Every year he puts up one of the most well-rounded final offerings of the season, yet somehow he stays outside of the mention of most complete players in the game. It is good to see that this somehow slept-on five-tool weapon is getting the call to start off the game.

Designated Hitter: Nelson Cruz, Baltimore Orioles — He’s putting on a light show at the plate that has him on a collision course with 50 home runs and a huge payday to make up for the one he missed. It is unfortunate he will not be in the Home Run Derby, but since he is putting one on every night anyways, it can be forgiven. 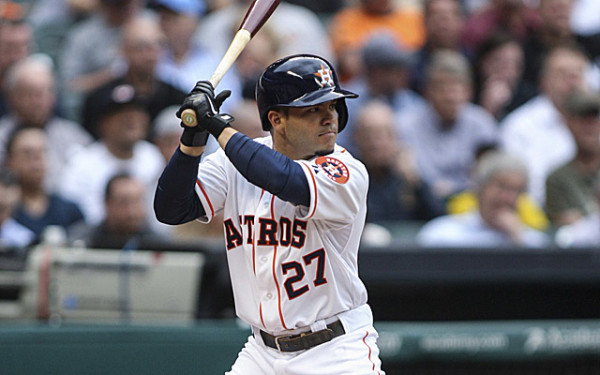 The ‘Should Be Starters’

Third Base: Todd Frazier, Cincinnati Reds — Third base has not been an overwhelmingly awe-inspiring position this year for the Senior Circuit, but that is to take nothing away from the great year Frazier is putting together. He’s putting together an excellent year at the plate and is playing a brilliantly hard-nosed glove game as well.

Outfield: Giancarlo Stanton, Miami Marlins — There is nobody alive today that brings more awe-inspiring "wow" factor to the plate than Stanton does. He hits the ball over the fence with both regularity and authority: He is leading the NL in long balls with 21, and they have landed (on average) 423 feet away from him once they finally land.

Catcher: Salvador Perez, Kansas City Royals — It’s complicated, because Matt Wieters was destroying the pack of AL catchers this year before his date with Tommy John surgery and deserving of the starter vote victory. But Salvy is the next best thing and perhaps the best catcher on talent in the league anyways, so it is a fair situation that he gets the start still.

Second Base: Jose Altuve, Houston Astros — If he was playing anywhere else, and I mean ANYWHERE, he would be pushing even Trout for MVP love this year. He has 14 three-hit games, is leading the AL in batting average at .341 and has been successful on 40 of his 43 stolen-base attempts. If he keeps at this rate, he’ll pass 220 hits and swipe 70 bags. There is nobody else even in his stratosphere at second base this year.

Shortstop: Alcides Escobar, Kansas City Royals — It is not a banner year for shortstops in the AL, and while the reason for the season seems to be Derek Jeter, tis be the little hallowed Escobar from Kansas City that is the best shortstop in the AL this year. He is a throwback at the spot: a strong fielding, fair-hitting, fleet-footed option up the middle, but he is playing the best two-way ball at the position.

NL: Clayton Kershaw, Los Angeles Dodgers — The shutdown factor of Johnny Cueto is impressive, while the everyday consistency of Adam Wainwright is staggering as well. However, the reigning Cy Young winner is having not only his best season to date, but perhaps the most lights-out, dominant run since turn-of-the-century Pedro Martinez. This is the type of season that you tell people you saw generations later, like Bob Gibson’s 1967 or Greg Maddux in 1992.

AL: Felix Hernandez, Seattle Mariners — One of the biggest "what if" ideas in recent years has been around what would be the outcome if King Felix pitched for even an average run-producing team. And now that he has finally been surrounded by one, he is on pace to surpass the 12 win per season average he’s been dulled down to by the middle of this month. Yet ironically, now that he has some support, it is not exactly like he has needed it. He is authoring some flat-out amazing baseball: He is third in the MLB in ERA (2.11), second in strikeouts (145) and WHIP (0.88). Only twice this year has a team managed more than two earned runs against him.