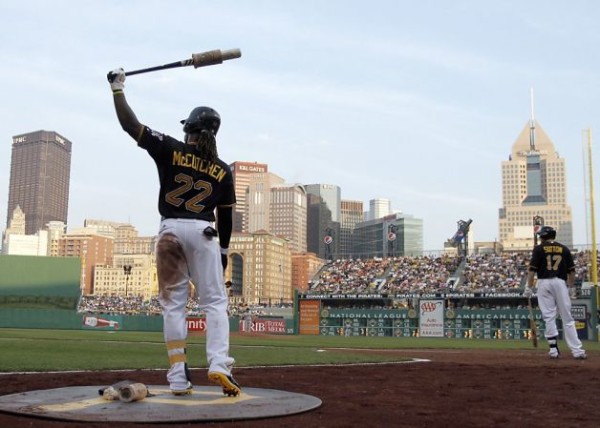 Take a look at the current playoff picture.

If you’re a baseball fan, this should be the most beautiful time of the year. Fall begins in three days, the end of the regular season arrives in ten, and the postseason will follow just two nights after that.

And look at the potential for chaos for the NL Central crown, let alone the Wild Card chases, in both leagues.

When this season began, did anyone in their right minds think that the Cleveland Indians, Kansas City Royals and Arizona Diamondbacks would find themselves playing meaningful games in September? It wasn’t just that they were in the thick of the postseason chase throughout the summer. It was that they were doing so against teams that have long captured and exhausted the baseball fan’s psyche.

Consider the flip side in how the defending World Series Champions never had a shot in 2013 as the San Francisco Giants were done asunder early. The New York Yankees? Well, no sense in repeating the season-long malaise. Those Washington Nationals - Los Angeles Angels of San Andreas Anaheim World Series predictions are pretty laughable now, despite the Nats’ better play as of late.

More than the NFL, where perception of parity doesn’t meet the reality, and certainly more than the NBA, Major League Baseball is arguably the most parity-driven of the big four leagues. (The NHL has a legitimate argument as even last spring, the New York Islanders decided that playing in the postseason is kind of a good thing.) The power base of the sport has concentrated more in the heartland than the coasts in recent seasons, save for the resurgent Boston Red Sox and Los Angeles Dodgers (the Atlanta Braves obviously still run the south). And while America will re-familiarize itself with Dustin Pedroia and David Ortiz while fully absorbing (Yaisel) Puig-mania, within that very middle live stars such as Pittsburgh’s Andrew McCutchen, St. Louis’ Yadier Molina, Cincinnati’s Brandon Phillips and Texas’ Adrian Beltre.

You would think that there would be a greater effort not just from baseball, but their television partners, to make these guys the proverbial household names in the same vein anyone who wears the Boston ‘B’.

You would think that as an elixir to the Biogenesis disease that celebrating the pluckiness of those Wild Card contenders or the start of another Billy Beane-authored run of the AL West by the Oakland A’s (coastal team, yes, but Oakland might as well be in Siberia when it comes to promotion).

Maybe it’s because the PED and steroid scandals destroyed whatever good will the sport once had or maybe people were so sick of the obvious dependence on the Red Sox/Yankees rivalry that they tuned out entirely. Here at this site, we have often lamented MLB’s missteps, stumbles and self-inflicted wounds, but there’s arguably none more frustrating these days than its struggle to make the sporting public care about the playoffs, regardless of which teams are playing.

What, they don’t have televisions in the ‘Nati?