The offseason for baseball is unlike any other in sports. Yeah, basketball had LeBron going back to Cleveland to play for the Cavs, but the constant wheeling and dealing of baseball’s hot stove warms up every freezing December night. Already, the offseason has been far from disappointing. Big names have been traded left and right, while the magic dollar sign has lured plenty of free agents to new teams.

Here’s the craziness of the state of baseball: The Chicago Cubs are more likely to win a World Series than the New York Yankees. As are the Chicago White Sox. With Jon Lester teaming up with Theo Epstein to headline the Cubs’ revolution, and Adam LaRoche, Jeff Samardzija and Melky Cabrera going to the White Sox, baseball is back in the Windy City. So, too, is the game back in South Beach of the Sunshine State.

Only two years ago, Miami Marlins owner Jeffrey Loria blew the whole club up. People were livid, and deservedly so. It was that same year, only nine months earlier, that Miami had opened its beautiful theme park of a baseball stadium, Marlins Stadium. The retractable indoor park put Miami-Dade County in $2.4 million of debt alone. Then, after a fifth-place finish in the NL East with a 69-93 record, Loria traded the club’s most notable players. Hanley Ramirez was traded to the Los Angeles Dodgers; Anibal Sanchez to the Detroit Tigers; and the most compelling trade went north of the border, sending Jose Reyes, Mark Buehrle and Josh Johnson to the Toronto Blue Jays.

Now, the dark days of the past are beginning to feel sunny in Florida, like everyone expected when the new stadium opened. Optimism had been building with the growth of Giancarlo Stanton, a young star built to thrive in Miami. Still, losses kept piling up and fans were still discouraged with Loria and the rest of the front office for the product that was being put on the field. All of that began to change in 2013 when the Marlins brought up their most exciting pitcher since a 22-year-old Livan Hernandez.

At only 20 years old, the dazzling Jose Fernandez brought a twinkle to not only Marlins fans, but all of baseball. Not only was he seemingly unhittable, but Fernandez brought a spark to the game with his aggressive competitiveness but at the same time looked like an innocent kid playing on the sandlot with every smile he had on the mound. Fernandez ended 2013 as an All-Star, NL Rookie of the Year and finished third in NL Cy Young voting. He went 12-6 with a 2.19 ERA, 0.979 WHIP and struck out 187 batters in 172.2 innings pitched.

Oh yeah, baseball’s not allowed to have robotic arms make professional hitters look like drunk dads playing wiffle ball on the Fourth of July. No, instead we have Tommy John surgery for those guys. After pitching in eight games, going 4-2 with 2.44 ERA, 0.948 WHIP and 70 strikeouts in 51.2 innings pitched, Bud Selig sent the Tommy John bug to bite Fernandez on his right elbow. Miami’s great arm of hope was down for the count, but Stanton was putting together a legitimate MVP season.

Through 145 games last season, Stanton was hitting .288/.395/.555 with 37 home runs, 105 RBI, a 160 OPS+ and a bWAR of 6.5. In the thick of a playoff race, Hulk in a baseball uniform was knocked down. Literally. Stanton was hit in the face with a fastball thrown by Milwaukee Brewers pitcher Mike Fiers on Sept. 11. He suffered facial fractures, dental damag, and required stitches from a facial laceration. The Marlins would not make the playoffs, but Stanton still finished as an MVP finalist with career highs in runs, hits, doubles, home runs, RBI, stolen bases, walks, (also strikeouts), on-base percentage, OPS+, total bases and WAR.

Miami’s two brightest baseball stars had their seasons cut short due to injury, yet their wins total increased by 15 games. Fernandez has spent his offseason rehabbing; Stanton has spent his counting Benjamins. After years of trade rumors, Stanton signed a 13-year, $325 million contract with the Marlins, giving him the largest contract in baseball history. Stanton smiled; people laughed. Nobody believed such an outrageous contract would last or be worth it for any player.

The Marlins vowed to finally build around the 25-year-old star, but still, this was the Marlins. Now, Loria has put his money where his mouth is and produced perhaps the most surprising win-now team of the offseason. First, trades for second baseman Dee Gordon, starting pitcher Dan Haren and starting pitcher Mat Latos showed the direction that Loria was putting his team. Of course, there were some consequences with the trades as Miami let go of top prospect Andrew Heaney, a lanky left-handed pitcher with loads of potential, and Haren is said to retire if he’s not pitching for a West Coast team.

Next up was adding a power bat to pair with Stanton. Pried away from the World Series champs, Michael Morse signed a two-year, $16 million contract to play 1B/OF. When healthy, Morse swings a lumbering stick, smacking 16 home runs in 131 games for the Giants last season.

These additions, along with the rising homegrown talent and Nathan Eovaldi, Henderson Alvarez and Adeiny Hechavarria from the Toronto trade, the Marlins have gone from a laughingstock of an organization to true contenders for the 2015 season.

As of now, the Marlins opening lineup and starting rotation could look like so:

*Haren is most likely trade bait, and Fernandez is on track for a June or July return.

LeBron is gone, Bosh is out and Wade is in a rocker. You never know with the Marlins, but baseball has brought its talents to South Beach at the perfect time.

One Reply to “Baseball Takes Its Talents To South Beach: Reshaping The Miami Marlins” 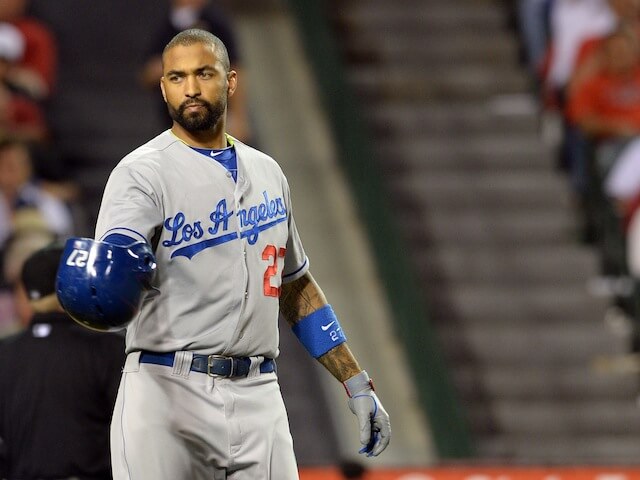 Baseball In Matt Kemp, Did The Dodgers Find A Pigeon In Pad… 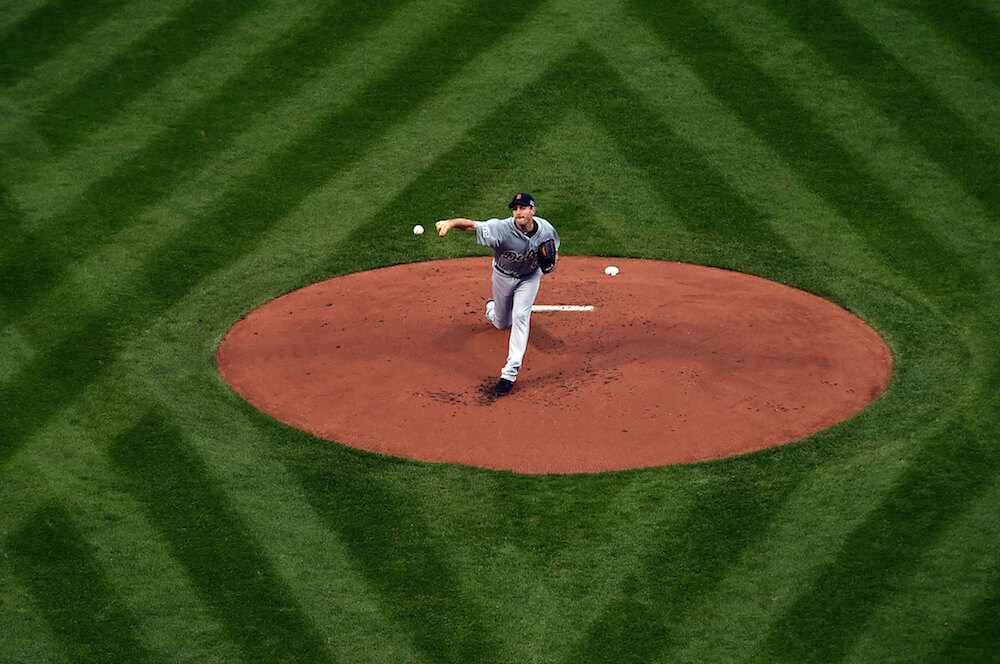 Baseball Molding The Market: All Eyes On Max Scherzer
1