Sometimes, you have to just appreciate when a person who may not directly be affected by the plight of others actually gets it.

Yesterday in Baltimore, protesters whom were marching about the death of Freddie Gray made their way towards Orioles Park at Camden Yards. What must have been a surreal sight was equally admirable, concerning or scary – all depending on who you ask. With the game winding down – the home team beat the visiting Boston Red Sox in extra innings – the team announced that fans would not be allowed to leave the stadium for their own safety.

With some fans expressing frustration at the decision, Orioles executive vice president John Angelos – son of team owner, Peter – took some time to put his team’s win aside to address more than the crowd safety. In a string of tweets, the younger Angelos spoke on more than even Gray’s death – seen by many as another indictment on policing in the United States – by addressing the economic, legislative and social conditions that has engulfed this nation into a generations-long class war.

Angelos’ tweets were recaptured by the Baltimore Sun:

"The innocent working families of all backgrounds whose lives and dreams have been cut short by excessive violence, surveillance and other abuses of the bill of rights by government pay the true price, and ultimate price, and one that far exceeds the importance of any kid's game played tonight, or ever, at Camden Yards," Angelos tweeted. "We need to keep in mind people are suffering and dying around the US and while we are thankful no one was injured at Camden Yards, there is a far bigger picture for poor Americans in Baltimore and everywhere who don't have jobs and are losing economic, civil and legal rights and this … makes inconvenience at a ball game irrelevant in light of the needless suffering government is inflicting upon ordinary Americans."

First and foremost, Angelos and the Orioles franchise deserves credit for not being pressured to delete or back away from his stream of consciousness in a hyper-sensitive PR and sponsorship environment such as professional sports. It helps to be the owner’s son, but because yesterday could have been a repeat of actions by some St. Louis Cardinals fans during last year’s playoffs, he could have easily left well alone here.

Thank goodness he did not. 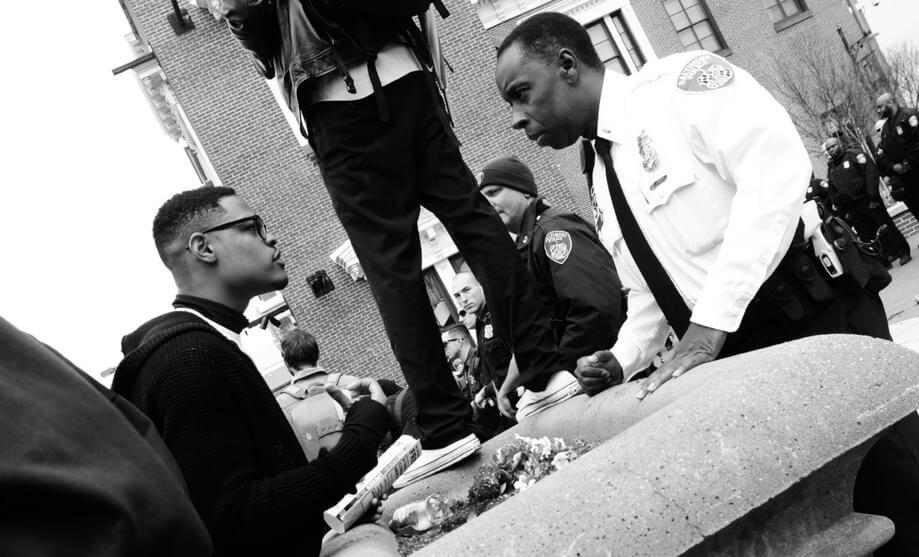 In a bit of the same vein as we saw last fall and winter with the deaths of Michael Brown and Eric Garner, Angelos decided that to say nothing of what was going on past the outfield walls of Camden Yards would be at best, odd and at worst, blind.

It was reminiscent of the incidents in the Edward Jones Dome when St. Louis Rams head coach Jeff Fisher and team president Kevin Demoff spoke on behalf of their players after they were criticized for using the “Hands Up, Don’t Shoot” gesture in their game introductions. Perhaps more accurately and seemingly forgotten, it was also a reminder of New York Giants head coach Tom Coughlin’s words about the tumult after the killings of two NYPD officers in December.

As a part of a Baltimore community whose image is being scrutinized for the pleasure of the wicked and wrong, Angelos’ tweets were not only a nationwide call to worry and reason, but a defense for people of his own city whom he may or may not come across otherwise on a daily basis.

This may lead to a few shortsighted fools claiming that they would boycott Orioles baseball in all forms – in stadium, on TV or otherwise – and has already gone down the typical racist troll path online. This may also fall under the purview of those who question a forced inclusion of white Americans into issues about black and brown life. While that commentary can be marginalized or dismissed by people, unfortunately, the same will go for what Angelos said.

More than we are led to believe, some folks actually get it. Whether one can relate and/or agree with actions taken by protesters in these situations or not, the idea that someone – especially someone with privileges beyond what the eye can see – can step aside and acknowledge that something's not right is an idea all of us should always get behind.

Regardless of who you root for, at least for a brief time, it’s perfectly fine to say “let’s go, O’s!”