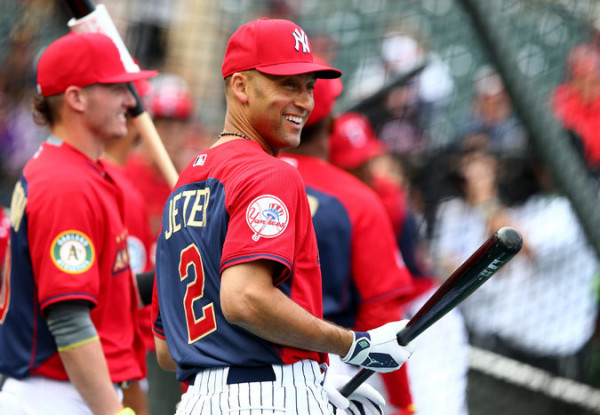 Tonight is Major League Baseball’s annual entry in its traditional summer showcase — the 2014 MLB All-Star Game, which will take place at Target Field in Minneapolis, Minnesota. The event toes the line between exhibition and impact game, due to nothing less than World Series league advantage on the line, and due to this, it is a game that has some strategy elements worth noting.

Now, I will not go deeply Sabermetric or split-heavy because, after all, for the most part it will be a showdown-style event in which the best off the mound will be charged with going right after the best at the dish. But there are a few elements to keep an eye open for tonight as the American League looks to keep its upper hand as an October host for the second consecutive year.

With that, here are five factors to look at for each league’s offering tonight:

1. The Captain’s Last Ride: It is nothing new for a departing star to have the All-Star Game built around showcasing him, as it should be. Notable times include the position swapping tribute between Cal Ripken and Alex Rodriguez back in 2001 and the solo mound entry for Mariano Rivera last year in New York.

However, Derek Jeter’s should be especially special, as he is an icon to both the fans and players alike. Tonight should provide the grandest appreciation for #2 as there will be until his final game in the Bronx. The ovation as the starting lineups are announced will be huge, as will be the next one when he leads off the bottom of the first inning. Finally, whenever he is pulled from the game, which will almost certainly occur after he has taken the field or reached base, there will be the final and longest ovation from everyone at Target Field — and likely in bars and living rooms across the country alike.

2. This Lineup Can Rake: After Jeter leads off, there is not another batter in the AL starting nine that has less than 10 home runs. Josh Donaldson and Adam Jones, both of whom competed in Monday’s Home Run Derby, are hitting 7th and 8th, respectively. And after the starters shift themselves out, there are still Jose Abreu (with his MLB-best 29 homers) and the now two-time Derby champ Yoenis Cespedes waiting in the wings.

3. The Last Guy Could Make A Big Difference: For some reason or another, Chris Sale was not selected outright to the AL squad and ended up being one of the "Final 5" vote candidates, which he in turn won. But now that he is here, the lanky White Sox lefty stands to play an important role early on for an AL team that lost Masahiro Tanaka and is charged with keeping pace with an exceptionally strong National League staff this year. He is quietly having one of the four or five best seasons in the game this year, and having him on board is huge.

4. Trout Is The Main Dish: The All-Star Game is about seeing the best in baseball square off, and there should be a healthy dose of the very best in the game today on display tonight. The AL team only has five outfielders on its roster, and the two centerfielders are starting next to each other in Jones and Mike Trout. This fact reasons to believe that Trout, the prohibitive MVP thus far in the year, could pull a rare feat in today’s All-Star culture and play the whole game. That changes the dynamics of everything as it stretches on, both offensively and defensively.

5. "This One Does Count" — And Even More For The AL: For as debated of an element of the game as it is, winning the rights to home field in the World Series is at stake, and it means plenty to the AL, as always. It is a chance to get four DH games compared to three, which means imposing some offensive will more often. And with the heavily DH-leaning Tigers, Orioles and A’s in firing range this year, they definitely need to keep that advantage. 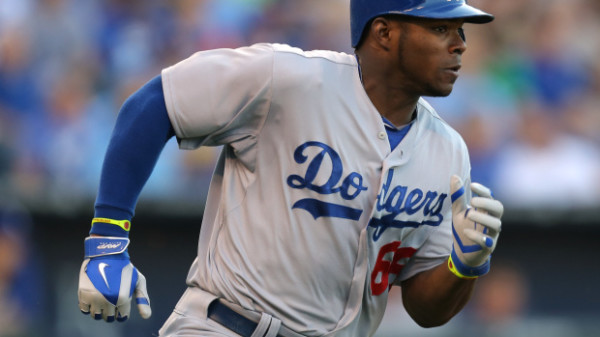 1. They Stand To Be Stingy: This could be the best National League starting pitching offering the Senior Circuit has rolled out in years. Adam Wainwright (12-4 record, 1.83 ERA) will take the first inning or so, but following him it could get really tough for the AL to break through. Manager Mike Matheny will be able to select from some combination of Clayton Kershaw (1.78 ERA), Zack Greinke (2.73 ERA), Tim Hudson (2.87 ERA) and Alfredo Simon (NL-best tie with 12 wins) to take it from there. And considering that Madison Bumgarner and Johnny Cueto were disqualified due to the Sunday start rule, this is still a slightly watered-down version of the team’s full potential.

2. It’s A Seven-Inning (At Most) Game: The NL has a huge advantage in that it has the two most dominant closers in the game that can be deployed in some order over the final two frames of the game in Craig Kimbrel and Aroldis Chapman. On the year, batters are managing a combined .133 average against the duo. Add in the fact that Huston Street and Francisco Rodriguez are also options, the AL better find a way to get it done early — if ever.

3. Winning The Match-up Game: Matheny selected a team that is heavy on match-up options, both in the field and in the bullpen. Josh Harrison and Matt Carpenter can play nearly every position on the field, and Charlie Blackmon can man any outfield spot needed. In the bullpen, the presence of setup/situational relievers Pat Neshek, Tyler Clippard and Tony Watson show that the Cardinal skipper will not have to be shy about playing to win in an at-bat-by-at-bat fashion late in the contest.

4. The Outfield Is Incredible: Where exactly are you supposed to hit the ball against this team? Ironically, maybe small ball should be the order of the day for the powerful AL club, because the NL outfield can cover a ridiculous amount of range. Andrew McCutchen and Carlos Gomez switch off days of being the best glove in baseball up the outfield middle, and Yasiel Puig seemingly has no boundaries in right either. They could look like an All-Pro NFL secondary out there potentially.

5. Built To Last: The NL team has a strong collection of right-handed hitting power threats up and down its starting lineup, and Target Field is very kind to that sort of hitter. With a top six in the NL lineup including McCutchen, Puig, Troy Tulowitzki, Paul Goldschmidt, Giancarlo Stanton and Aramis Ramirez, there is a chance that King Felix or no King Felix, the NL can do damage early on.