On Saturday, the Chicago Cubs will face the New York Mets in one of the most improbable National League Championship Series in years … at least on paper. Because if one was to look back on this season years later, having not put eyes on any portion of it live, it would be a face-off of two teams that would appear to be underdogs, each coming in fresh off an upset.

The perpetually downtrodden Cubs drummed the game’s top regular-season winner in the St. Louis Cardinals out of the postseason in a resounding fashion, taking their Division Series contest three games to one. Meanwhile, the Mets defeated the game’s top pitching duo and perpetual Vegas World Series favorites in the Los Angeles Dodgers to make their way to the final round of the National League’s struggle for superiority.

Again, at face value, everything here says overachiever series, but the truth of the matter is that it is anything but that. The 97-win Cubs finished in third place but have soundly eliminated both of their divisional rivals that finished ahead of them already this postseason. Meanwhile the Mets, who finished as the champions of the East but did so by fighting from behind and reinventing themselves along the way, have truly staked their claim as an overall force in the game now.

The NLCS has become a collision of two teams that have defied the logic of divisional standings, seeds, odds and October experience, and now are headed full speed into each other, unflinchingly.

But when all of the circumstantial items are removed from the equation and the two clubs are pitted against each other, it shows two strikingly similar teams. Both are driven by two dominant elements, in the Cubs’ powerful lineup and the Mets’ equally potent starting pitching staff. While at the same time, they each feature better-than-advertised lineups and pitching offerings when inversed. The Cubs’ pitching staff has been precise in creating the timely out thus far, while the Mets ‘lineup has repeatedly come up big as well.

This all comes together to make a tight pairing in pursuit of the NL crown, but as always, there will be the critical, pivotal elements between the two clubs that will decide who moves on to the Fall Classic. Here are the five most decisive of them all. 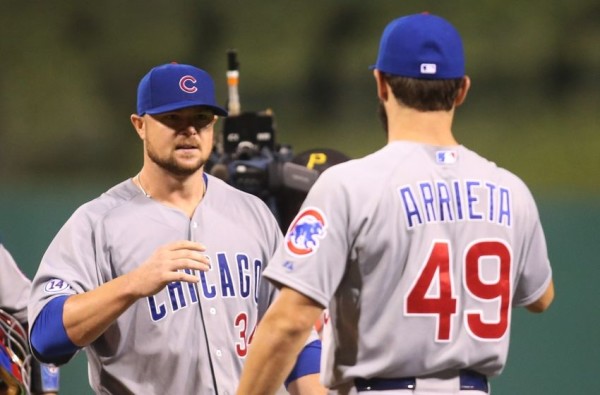 1.) Can the Cubs win the non-marquee pitching matchups?

With Jon Lester and Jake Arrieta slated to pitch the opening two games of the series, and Lester potentially three games if the series runs the full seven games, the Cubs will regularly feature a marquee arm on the mound.

But the biggest question will be how do they fare in the games when they are at a disadvantage against the Mets’ deeper starting equation? The Mets will oppose the Cubs’ top-billed arms with Matt Harvey and Noah Syndergaard in Games 1 and 2 and will then follow up with a highly advantageous option of using Jacob deGrom in Game 3 at Wrigley, followed by Steven Matz.

The Cubs will counter with the solid Kyle Hendricks and then the more questionable Jason Hammel on the back end of their rotation. One of the two will have to pull on the power of the home pitching mound to win a game where they will be at a disadvantage on the mound early to win some crucial mid-series games.

2.) Can the Mets answer back with the power punch at Wrigley?

Chicago pounded a jaw-dropping 10 home runs in four games in its NLDS matchup against the Cardinals, a rate that the power-short St. Louis club could not keep pace with. However, the Mets do not have those same restrictions, as Yoenis Cespedes, David Wright, Lucas Duda and Curtis Granderson are all capable of matching wits with the Cubs’ power conduit of a lineup.

However, that is much easier said than done, as every member of the Chicago lineup is capable of clearing the fence at any given time (as replacement shortstop Javier Baez’s three-run Game 4 home run proved). The prodigious power collective of Anthony Rizzo, Kris Bryant and Kyle Schwarber is something that simply does not have a rival and will especially make an impact in the miniature confines of Wrigley Field.

Perhaps the best part of the entire series will be the sparring strategies between Joe Maddon and Terry Collins. Maddon fearlessly deployed his entire pitching staff at a situation’s notice thus far and is not worried about riding his pair of frontline horses in Arrieta and Lester too hard either. He has flawlessly employed the right reliever at the right time and will have to continue to do so expertly against the balanced threat of the New York lineup.

Meanwhile, Collins has fearlessly put to work his arsenal of flame-throwing starting pitching depth, pulling deGrom and Syndergaard into bullpen duty, while pulling closer Jeurys Familia into a multi-inning spot to seal the deal against the Dodgers.

Playing it safe is not what got either manager here, and it should be expected that risks — calculated or not — will be a regular element in deciding the course of the series. 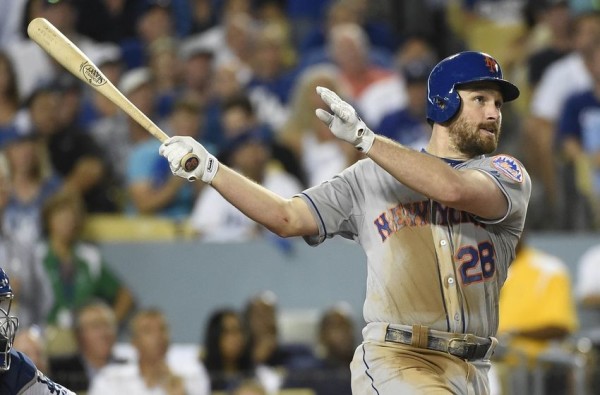 Two of the biggest impacts in the postseason for each side have come from supporting actors in the form of the Mets’ Daniel Murphy and the Cubs’ Baez.

Murphy was a stone-cold Dodger killer, toasting LA pitching to the tone of a .333 average with five runs batted in, five runs scored and three home runs — all of which came against Clayton Kershaw or Zack Greinke. None of those homers were bigger than the go-ahead swat against Greinke in the sixth inning of Game 5 that put the Mets up for good.

Considering the fact that the trio of Cespedes, Wright and Duda combined to go 8-for-54 (.148) in the series (a trend that is unlikely to continue), Murphy’s performance both saved the New York season and provides for a strong surplus as the other Met contributors try to round back into form.

Meanwhile, Baez rose to the occasion and owned the opportunity handed to him by the injury to everyday shortstop Addison Russell (who will miss the NLCS due to a strained hamstring). He has hits in four of his five at-bats, including a three =-run homer and stolen base, while wielding a superb glove as well. While the big bats in Chicago create the miles on the scoreboard, the presence of Baez has created some much needed — and timely — inches as well.

5.) Can the Mets finally beat the Cubs?

While the regular season feels like forever ago, and truly is an afterthought for the most part at this point in the year, some things do deserve mention still.

So it may be worth noting this: The next time the Mets beat the Cubs this year will be the first time. Yep, the Cubs hold a 7-0 season advantage over New York, sweeping the series at Wrigley from May 11-14 and at Citi Field from June 30-July 2, and winning at 27-11 run advantage.

In all fairness, these were much different Met teams in the pre-Cespedes era and before Wright and Travis d’Arnaud returned from injury, but what happened, well, happened.

5 Critical Questions That Will Decide The National League Championship Series 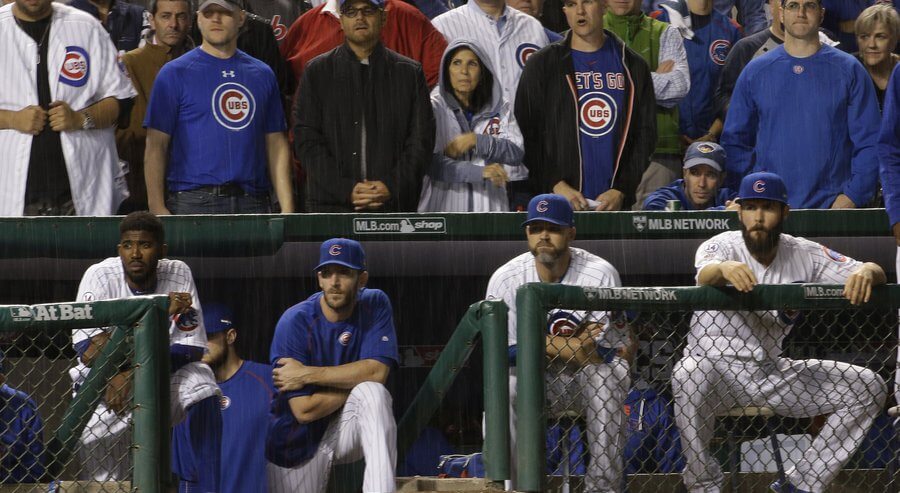 Baseball In Loss, The Chicago Cubs Find Fuel For A New Fron… 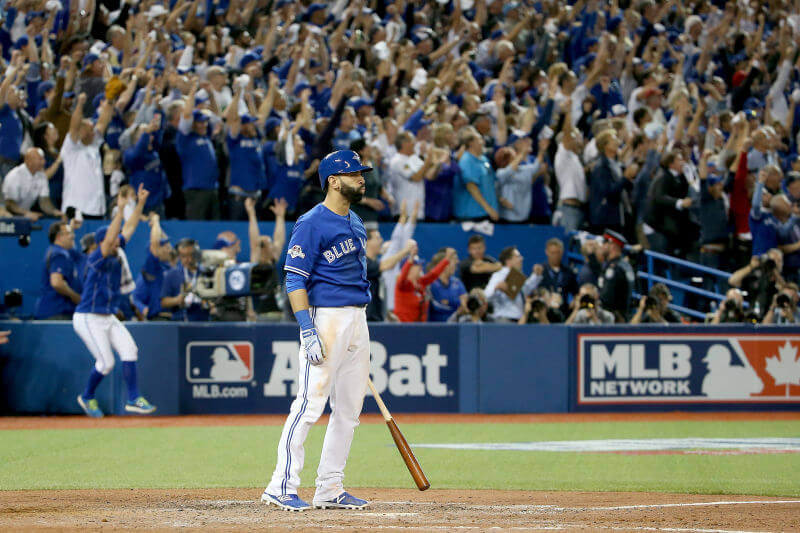 Baseball 5 Critical Questions That Will Decide The American…
0