Never before has the National League Wild Card meant so much to so many while having such a plethora of worthy contenders.

When considering what the National League pennant race is this season, it is important to realize that all of the rules have changed before our very eyes. The Chicago Cubs currently carry a nine-game differential between themselves and the rest of the pack in the NL Central. Meanwhile over on the East Coast, the Washington Nationals have also stretched out their lead in the NL East to a sizable seven-game margin. These two teams are virtually assured of punching their October dance cards, save for a colossal collapse on par with the 2011 Atlanta Braves or Boston Red Sox of the same year.

For what remains, only the NL West has what could be called a true race for supremacy that remains, as the San Francisco Giants and Los Angeles Dodgers are separated by a close two-game gap. However, that is a margin that has been created entirely by the unbelievably sluggish start to second half by the Giants, who have produced a 4-13 record thus far since resuming post All-Star Game play. It seems much longer than just 17 games ago that these same Giants carried an MLB-best 57-33 record and began to create the type of distance that the Cubs and Nats currently enjoy.

While the Giants’ current struggles reinforce the fact that anything is possible, especially with the better part of two months remaining in the season, for a second tier of teams that trail in their respective divisions, the focus on the scoreboard is increasingly beginning to shift away from their inter-divisional superiors and more toward their peers around the league as a whole. That's because the race for the National League Wild Card slots is beginning to be the chase with the sharpest teeth.

It has been popularized that “if you’re not first, you’re last,” however that is far from the truth in the chase for the NL’s top consolation prize. The Wild Card race is characterized mainly by seven clubs, all of which are separated by a total of five games. These teams, the Giants, Dodgers, St. Louis Cardinals, Miami Marlins, New York Mets, Pittsburgh Pirates and Colorado Rockies, all come from different scenarios that have landed them in the gridlock of second- and third-place war. 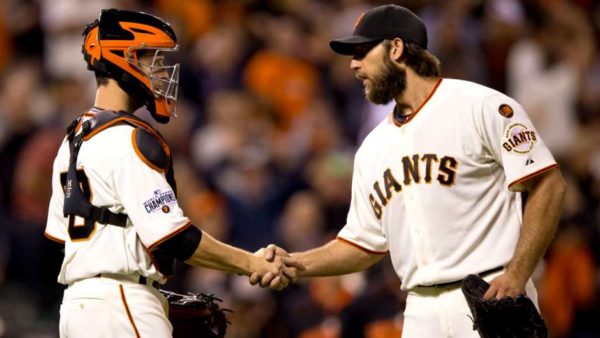 The Giants, while still leading their division and technically holding a playoff spot at the moment, have quite a bit of work ahead of them with a Dodgers team on their heels that refuses to die off — even in light of having 13 players on the disabled list, highlighted by Clayton Kershaw, who has been out of action since July 20 and very could be for the rest of the season.

Despite this, the Dodgers have unexpectedly reversed their trend of play when Kershaw has been available but not on the mound, and in his absence have become a stronger all-around team. This has allowed them to hold on to not only the top spot in the Wild Card standings, but also stay within firing range of the Giants and now prone to plunge their arch rivals into the depths of the Wild Card jungle.

From this point on, it is a nightly fight among those that are firmly relegated into “best of the rest” standings. The Cardinals have had the unenviable task of attempting to chase down the Cubs this year, an effort that they have seldom been able to close within five games. However, they have remained in second place consecutively since mid-July in an NL Central race that has been less competitive than anticipated, due in part to the excellence of the Cubs, as well as in part to the inconsistencies of the Cardinals and Pirates.

But while the Cardinals have continued to compete and actually risen in the Wild Card standings of late, the Pirates have entered into a quasi-sell/compete mode, which was affirmed by their decisions to trade away Francisco Liriano and All-Star closer Mark Melancon at the deadline.

The story in the NL East has been slightly different than that of the Central. The New York Mets and Miami Marlins have competed fiercely. Underneath the watch of Don Mattingly and the guide of Barry Bonds, the Marlins have thus far avoided their annual late-season wilting act and stayed competitive. Their young bats have carried the heavy lifting, even when faced with a morbidly slow start from Giancarlo Stanton, and their pitching has been better than anticipated. 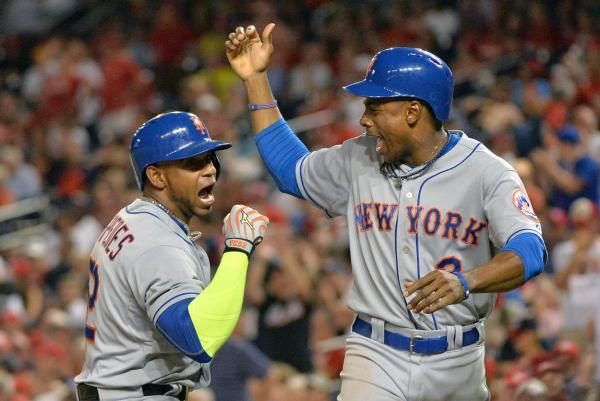 They have been met eye to eye with a Mets team that — much like the Dodgers — has struggled with their health but still managed to stay relevant. Key injuries to Matt Harvey, David Wright (no surprise there, however), Yoenis Cespedes, Lucas Duda, Travis D’Arnaud and Juan Lagares have handcuffed the team at varying times, rarely affording the Mets the fortune of their full-strength offering. They spent most of the year closer to first place than third but have fallen off the Marlins’ pace of late. Terry Collins’ club is resilient, however, and still boasts hard-to-duplicate pitching on most nights, while also adding NL-RBI leader Jay Bruce to the mix at the trade deadline. So while they may be (slightly) down, they are far from out.

So how does this all shake out in the end? With such a tight race, everything matters, from favorable schedule odds to health and even outside factors, such as teams surging into the race. The latter is already potentially happening, as the Colorado Rockies have won 12 of their last 13 contests and suddenly sit just three games out themselves.

However, their road has recently been complicated by the second issue: health. Colorado was hit hard by the loss of shortstop Trevor Story, who was leading the NL in home runs with 27. Compounding that loss is also the fact that they have the second-toughest slate of games ahead of them for the rest of the season, only behind the San Francisco Giants, a team that is already feeling the drag of a slump. San Fran has torturous August slate that features consecutive series with the Nationals, Marlins, Orioles, Pirates, Mets and Dodgers. While health is on their side (Hunter Pence recently returned), the Giants have already had their easiest days.

Competitively speaking, the easiest road ahead is that of the Mets and Marlins, team that have two of the four easiest schedules the rest of the way. However, they do have the offsetting issue of seven more games against each other, as well as a pair of series against the Nationals. The difference could honestly come down to who can make the most of their cake walk dates against a Braves team that has been getting gradually better.

Along with the survivors of what is becoming a triple-threat match along the left coast, perhaps the team that has the best chance of surviving is the ever-persistent squad in St. Louis. While the Cardinals will likely see their three-year division championship streak come to a close, Mike Matheny's club is in nice position to keep intact its five-year postseason series. The Cards' strength of schedule breaks right about even, due to being littered with a contrasting eight series against the Cubs, Brewers, Athletics along with a set of tough road trips to Chicago, San Francisco, Colorado and Pittsburgh as well. And while they will get back All-Star Matt Carpenter from an oblique injury that kept him out of most of July, they recently lost his fellow All-Star and a Rookie of the Year candidate Aledmys Diaz to a fractured finger in the past week.

All things considered, it is a rough and rocky road to maintain superiority even among the second-best teams in the National League. The odds could favor any number of these clubs in baseball’s newest power division. There's sure to be a war of intertwining factions that even Game of Thrones would struggle to replicate, but the road toward even receiving the right to advance to NL playoff's series round will be one for the ages.