Back in April, there was no clear way to lean in the American League regarding which team will reign supreme. But one of the trendiest picks to make the leap into the big time competitive picture were the Seattle Mariners. Armed with what appeared to be a world class pitching staff, led by Felix Hernandez fresh off another huge season, a steadily improving everyday cast and being placed in a division that was without a dominant returning champion, it was reasonable to believe that the Mariners time was now.

But somewhere along the way, the concept of “carpe diem” was not favorable in Seattle. Despite the addition of Nelson Cruz, nothing clicked on the offense. And if all else failed, it would stand to reason that at least King Felix and the pitching staff would be able to guide the way, but even that was not the pace. The Mariners got lost in the shuffle in what turned out to be a much wilder than could have been expected AL West, and the popular paper choice in the winter turned out to be an underwhelming flame out in by the middle of the summer.

All things considered, 2014 should have been considered a success for the Mariners. After an aggressive winter, the new look Mariners, armed with Robinson Cano as a centerpiece, a Cy Young-caliber campaign from Hernandez and a coming of age from Kyle Seager and a plethora of young bullpen arms, the Mariners broke even in the AL West, with 87 wins and the hope for a continual climb after another successful offseason.

This included bringing the oft-elusive power threat to town in the form of Cruz, who responded by bucking the trend of being the power hitter that goes to die in Safeco Field. The Majors' defending home run king continued his tear from the previous year in Baltimore, swatting 18 homers by the end of May and playing the part of the MVP candidate to a tee.

The team itself was brimming with young talent at all levels, along with a crafty veteran influence weaved within as well, despite the fact the team got off to a slow start, there would never be a reason why business would not pick up at some point.

Coming out of April, their record sat at 10-12 and at the end of May, their record stayed at the same buoy-like level, floating at two games south of .500 still at 24-26. Inconsistency was clearly becoming not only the most frequent outcome of the year; it was also becoming the stamp on the season.

However, there were still no clear signs of alarm that need to be heeded just yet. Sure, they were most certainly not delivering on the promise that was expected early on, but it was still too soon to believe these to be long term issues. Mostly because they never stayed down for long; their longest losing streak over the first two months of the year was a pair of four-game slides at the end of April, but the club always found a way to string together small pockets of wins as well, two and three at a time. This kept their position salvageable, but also on the razor’s edge as well.

By June 1, the Mariners were still treading at .500, but that edge was about to finally cut too deep. A five-game losing streak to open up June, and the month continued to do no favors from there.

Cano had been off to the worst start to his career, with an average sitting just above .250 at the end of May, just around 60 points beneath his career average. But June was the worse of his career, has he swung to the tune of an abysmal .212 mark over the month and Cruz managed to clear the fence only once in the month as well.

Meanwhile, the Houston Astros had affirmed themselves as more than just an upstart squad riding a hot start. And Seattle drifted further and further out of the mix, as the Los Angeles Angels and eventually Texas Rangers got in on the act too. The AL West was becoming a hot property, and the Mariners were not invited to the party.

By the time July had come and ended, the Mariners were 10 games south of .500, and well outside of the competitive picture. Not able to be buyers, nor sellers at the break, they remained in the odd haze of purgatory that their inconsistent play had caused and were relegated to spectator status for the balance of the year.

After all of this rather bland mixture of underwhelming returns, someone had to fall on the sword, and it ended up being the architect of the faulty construct, general manager Jack Zdurienck. 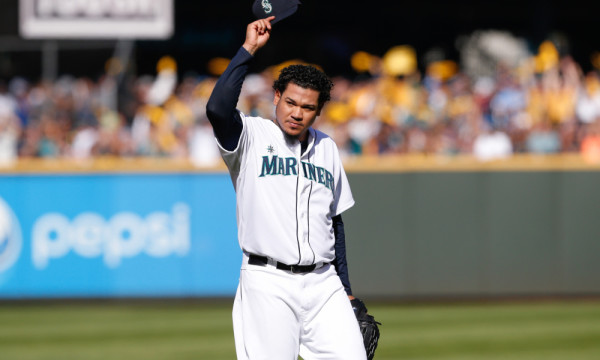 Although it was late to find form, the Mariners had begun to play better in the later parts of the year. August and September saw them play more consistent baseball, which bodes better for the future. They scored nearly 50 more runs per month than they did while hitting rock bottom in July, when they totaled 74 for the 31 day stretch.

After the All-Star break, Cano hit .323, along with 13 home runs. Cruz, Seager, Franklin Gutierrez and mid-season acquisition Mark Trumbo all reached double digits in second half homers. However, balance was still difficult as the pitching staff struggled to gain traction to support the uptick in offense.

So the team’s equilibrium is still out of whack slightly, and the man that will be tasked with sorting this out will be new GM Jerry Dipoto, who just earlier this year was calling the shots in Anaheim. Despite the lack of returns in the club’s recent returns, ownership would be foolish to not enable their new GM the ability to make at least some additions that will help steer the team in a new direction.

But the bigger questions facing Dipoto immediately are if he has confidence in the direction that McClendon is guiding the team in, addressing a pitching staff that took a 180-degree turn from where it had been a year earlier, as well as deciding if further large expenditures need to be made in order to assure a more steady return offensively.

It is a busy picture fixing a team with so many concerns at once, but still within reasonable range of becoming a factor if (albeit a huge “if”) it can simply be more consistent — there’s that word again — the next time around.