The story of the 2015 San Diego Padres is a cautionary one in both team construction and expectations. The Padres were the undisputed “Lords of the Winter,” making so many moves that it seemed that the only recognizable element about their opening-day roster in comparison to the one that closed out the previous fall was the uniform on the field (and even that had been retconned as well). There was a new general manager in A.J. Preller test-driving his new position like a Porsche on the Autobahn, and the turnover was constant.

Between November 2014 and April 2015, the Padres made a whopping 14 significant trades or free agent signings and made a real buzz about crashing into the upper tier of the National League West. But as time has shown, the wholesale method of baseball rebuilds more often than not does not yield the outcome it's hellbent on delivering. 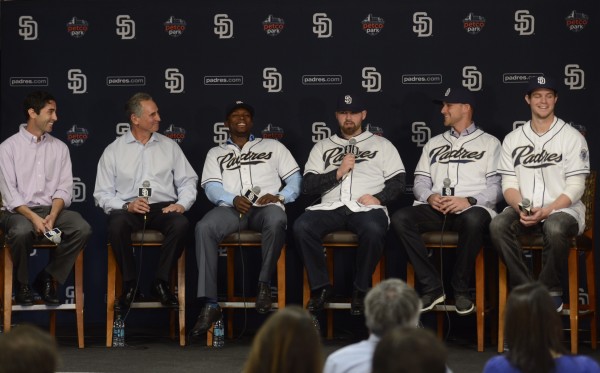 The Padres rewrote their entire image this offseason. After finishing a dismal 77-85 in 2014, the fifth straight year the team finished sub-.500 and third place or lower, it was decisively a point where enough had been enough. The Padres blitzed themselves out of baseball anonymity by making an all-out push of adding All-Star-level performers.

This effort brought Matt Kemp, Justin Upton, Craig Kimbrel, James Shields, Wil Myers, Derek Norris, Melvin Upton, Brandon Morrow, Will Middlebrooks, Shawn Kelley and Clint Barmes, among others, to town in as comprehensive of a headline rapid rebuild as has been seen in many years. The Padres were ready to force the issue of not only rubbing shoulders with their regularly postseason-bound divisional mates in Los Angeles and San Francisco, but also to use ruthless aggression to get over.

Yet for as rambunctious of an acquisition blitz as the team embarked on, it also was San Diego's undoing. In throwing caution to the wind in their rebuilding effort, the Padres made the error of adding plenty of names but not necessarily pieces that fit. The hope that Matt Kemp, who had been by all measurable means known as the worst defensive center fielder in baseball — by far — could handle the national park-level outfield in Petco Park was a tactical error from the beginning. Likewise, there was no discernible lead-off hitter either, and the offense never jived.

On the mound, the unflappable Kimbrel got off to the worst start of his career, yielding a 4.77 ERA over the first two months of the season. The starting pitching staff was held down by injuries and hindered by the defensive inadequacies of the club built around it. The expected gelling of all of the new elements never came, and by the end of June, the Padres sat south of .500 and well outside of the pennant race already. 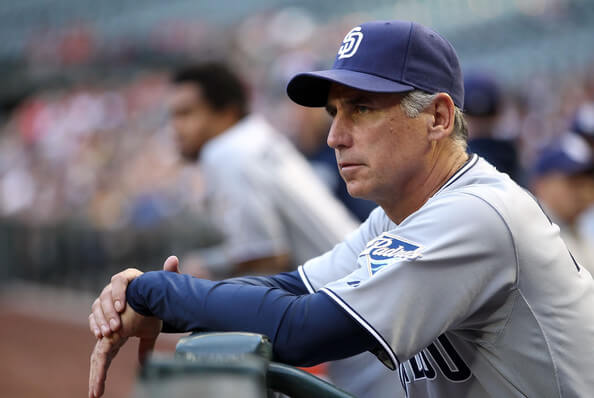 There are a few points in the year when the bottom fell out of the Padre campaign. The first of which was when the decision was made to fire manager Bud Black on June 15. Black, who had regularly turned in better-than-anticipated results from talent-deprived teams in San Diego, was tagged with taking the fall for not corralling Preller’s pet project fast enough, which is at the very least a questionable judgment call. Even a manager with as high of a pedigree as Black would have a hard time pulling together as challenging of a roster as he was given this year, regardless of talent.

Also, for a team hellbent on acquiring talent for an immediate push, it was oddly slow to sell off pieces that could have made it immediately better for 2016 at this year’s trade deadline. By the July 31st non-waiver deadline, the Padres sat at 50-53 and more than 10 games out of the Wild Card race. Yet they still held some pieces on their roster that could have allowed them to land back some of the valued prospects they dealt away during the previous postseason, as well as become a better-fitting team at the Major League level.

However, they opted out of the deadline in the type of fashion that a team with a legitimate shot at getting back in the race would. They held on to pitchers Ian Kennedy, Tyson Ross, Joaquin Benoit, Shields and Kimbrel, all of whom could have brought a strong return in a particularly pitching-dry, yet thirsty, market. Most curiously, they held on to Upton, who is set to hit free agency this winter and a near lock to move outside of their price range. While his second-half struggles may have lowered his value, something still would have been better than the nothing they are primed to receive for him as a one-year rental now.

The best possible thing that Preller and the Padres could do this winter is cool their jets and assess their roster from a place of strategic fits. Another blitzkrieg of blindly fitting acquisitions would do nothing. Rather, working on becoming a better defensive team, as well as looking to deal away some of their non-essential portions of their roster (such as Kimbrel, primarily), would be a prudent way to go about business.

The Giants and Dodgers, as well as the emergent Diamondbacks, make navigating a quick rise through the NL West a complicated effort. The method of attempting to do so via hijack did not work. So perhaps taking a step back and making smart additions to a roster with a solid foundation of veteran presence will do better. But Rome was not built in a day, and a division title will not be made in a single winter.