But refection isn’t for everyone. The Oakland Athletics had a rough year. General manager Billy Beane had an even worse one. But it’s almost over now (*reminds self that it's almost over now*) and the fan base can breathe a collective sigh of relief and turn their delicate, hopeful hearts to the 2016 season. Avoiding the playoffs is a sweet parting gift considering the painful post-season experiences in recent years. So there’s that. 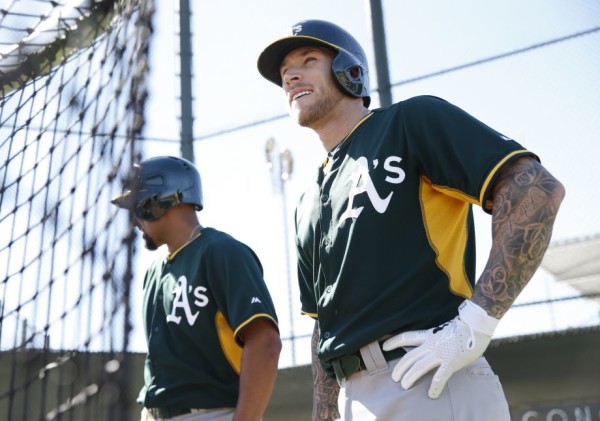 With uncertainty as management made some insane offseason moves that left even the most devout As fans scratching their heads. Trading Brandon Moss and even Jeff Samardzija can be explained, but Josh Donaldson for Brett Lawrie (and three other players)? Unforgiveable, man.  Donaldson has gone on to have an MVP-caliber year, batting .297 with Toronto right now and has 39 home runs and 120 RBI. The silver lining is that Lawrie is only 25 – the same age at which Donaldson only had 34 MLB plate appearances to his name. So it can only get better for the young gun (one would hope).

But despite all the offseason drama, the A’s managed to reach the All-Star break having outscored their opponents by 44 runs on the season and boasting the second-best third-order record in the American League.

While the offseason trades were problematic, the bullpen issues were what really gave the Athletics their rocky start. Oakland has posted a 17–32 record in one-run games on the season, and no team in baseball has converted fewer save opportunities than the A’s, who have finished a major league worst 52.2% of their save chances on the season.

The A’s also suffered setback pitching from righty Dan Otero and lefties Eric O’Flaherty and Fernando Abad, all three of whom regressed significantly. In 2014, Gregerson, Doolittle, Ryan Cook, Otero, O’Flaherty and Abad all combined for a 2.37 ERA over 349 innings (an average of 2.2 innings per game) for Oakland; in '15, they combined for a 5.69 ERA over just 123 1/3 innings.

Injuries didn’t just plague the pitchers as veteran outfielder Coco Crisp played only 13 games through the first four months due to elbow surgery and chronic neck pain, and continued to struggle after his return.

See above. And the added nightmare of watching Marcus Semien make mistake after mistake while never being replaced, which was what indicated the organization had indeed given up on the season. Mix in frustration with their inability to win close games – at the end of June, they were 4-20 in one-run games – and you have all the fuel you need to light a fire of the dumpster variety. 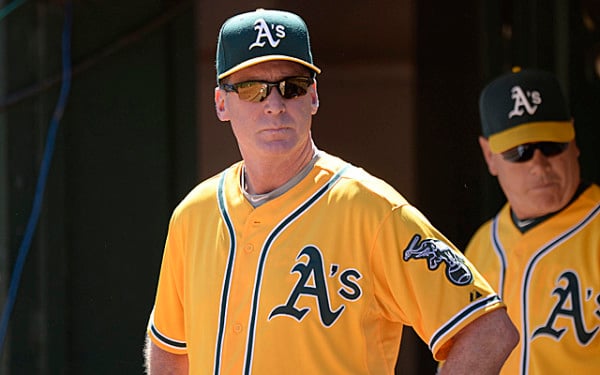 Keep players in Oakland.  Billy Beane’s eyes are always trained ahead, on the future, which is reflected in his tendency to sign young players that he believes will develop in the organization. Beane will continue to spin his wheels and hopefully sign Sonny Gray to a contract extension. In his second full season, Gray is 13-7 with a 2.72 ERA. He leads the team with three complete games and is tied for the league lead with two shutouts.

And there were several positives on the year. The aforementioned Gray spent most of his season as a Cy Young contender while Stephen Vogt and Josh Phegley combined to give the Athletics the second-most productive catching corps in the majors, behind their cross-bay rivals the Giants.

As well, an important vote of confidence was handed to steadfast manager Bob Melvin, whom received a two year extension recently despite the club's disappointing, yet predictable finish.

Keying in on the prospects picked up during the trade deadline will be a priority for Beane next season – getting the likes of lefty Sean Manaea, righty Casey Meisner and catcher Jacob Nottingham up to speed along with picking up some more talent since there is more than enough room for it.