It is that part of the year when pennant race positioning becomes the priority for some, while an early look to the next spring is the forced reality for others. It is a chance to book better winter destination vacations for some, emptier seats for most and a chance to for reflection for all.

But for any team that has reached this point, it is a time to look at the how, why and what’s next for them. While hopes have flickered out for ’15, there’s the renewal of a prosperous 2016 to begin focusing on.

The first team to reach the land of mathematical disqualification for the year is the Cincinnati Reds. While not the worst team in the game by record, as of today — the Reds actually “only” have the third worst record in the National League at 55-77 — they have the bad luck of being aligned in the same division as the three teams with the top three records in the NL, between the Cardinals, Pirates and Astros. And despite the fact that they have actually won more interdivisional games than the Pirates, the overall pace of the rest of the division was too much to keep up with, and the Red Legs find themselves already out of the mix with another four weeks left on the schedule.

Back in the spring, on paper the Reds looked to have the makings of a quiet contender. There were the return of the team’s franchise player in Joey Votto to good health, the emerging presence of Todd Frazier, the steadfast impact of two of the game’s top arms in Aroldis Chapman and Johnny Cueto to count on, as well as the continued development of the exciting Billy Hamilton. It seemed as if Cincinnati could make some grasps back at the solid footing it carried just two years ago when the Reds made it to the NL Wild Card play-in game. 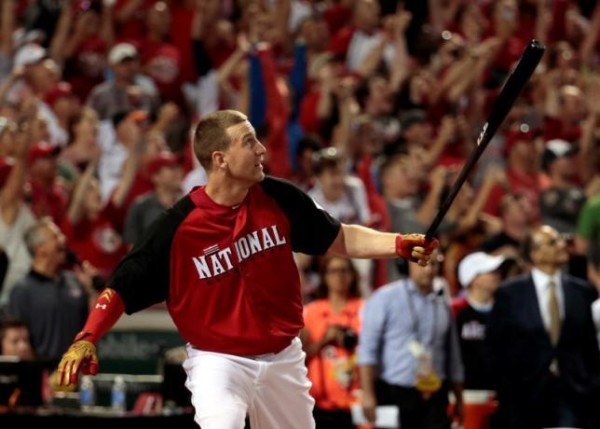 It never seemed to click for Cincinnati, and it became clear quickly the Reds were a cut below their division mates. Injuries hit the rotation hard, as Homer Bailey’s season ended before it got started and Cueto was slowed by some early injuries. Less than good fortune in health impacted the everyday lineup as well, as both Devin Mesoraco and Zack Cozart also saw their seasons end short of reaching July. The offense never completely clicked either outside of Frazier’s monstrous 25-home run, All-Star starter-worthy first half; the rest of the lineup struggled with consistency. Despite a strong resurgence from Cueto that led to him being a questionable All-Star snub, the Reds headed into the All-Star break with a 39-47 record — and the decision about whether it was time to break up the band or not. 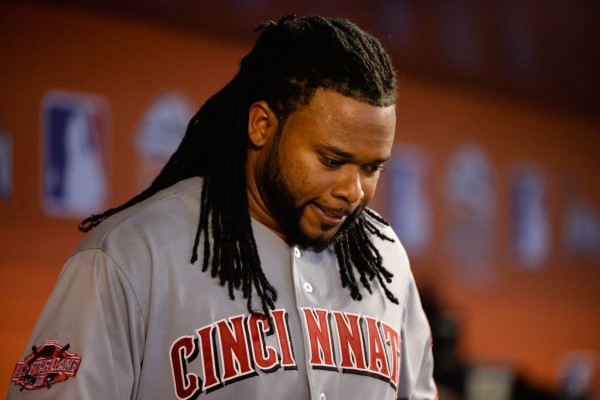 After coming out of the break and dropping seven of their first 10 games, GM Walt Jocketty decided it was time to turn the page on this year. He made the first blockbuster move of this year’s epic trade deadline by sending Cueto to the Kansas City Royals on July 26 and followed up by dishing Mike Leake to the San Francisco Giants. Despite a thus-far incredible second half from Votto (a .399 average since the All-Star Game), it has been a rapid ascent into oblivion this year without the club’s three top project arms on deck.

You know it is bad when manager Bryan Price nearly reached triple digits with the f-bomb in one exchange with a reporter as early as April. That’s impressively intuitive on how the season would proceed to play out.

There are some adjustments to be made, obviously. The lineup needs both a jolt of life and healthy returns from Mesoraco and Cosart. The Reds should have some money to spend, as well as a developing cadre of young arms such as Raisel Iglesias, Robert Stephenson and Anthony DeSclafani to build around. Add in the solid lineup nucleus of Votto and Frazier, and there are teams that are much further away from respectability than the Reds. There could even be the decision for Jocketty to make a hard evaluation about Price’s future in leading the bench before continuing into the next stages of the current retooling.

However, the dismantling of this team could continue before the decision to make major additions starts. Both Aroldis Chapman and Jay Bruce could be shopped on the open market this winter, a pairing that could net some big-time returns of soon-to-be MLB-ready prospects. The expectation should be to see an inexpensive veteran starter or two added to the rotation, and perhaps an everyday bat of a similar ilk brought to the outfield. But this is a team that should be expected to be in transition for the next few years, as its premier minor leaguers (watch out for Jesse Winker and Kyle Waldrop) and young arms begin to take shape.

They are in a tough division to rebuild in, as the Cardinals, Pirates and Cubs all profile as perennial contenders for the foreseeable future, but that is what the Reds are tasked with doing.