The tides are beginning to turn in the MLB Farewells series that has been running over the past few weeks here at TSFJ. While there are still a few turds in the punch bowl that are being mathematically weeded out of the year, there are also a few teams now that are beginning to be eliminated that had progressive years.

The Arizona Diamondbacks are a prime example of a team that made well for itself this summer, all things considered. And while the Diamondbacks will still have to fight to finish at .500, this was a team that entered the spring looking to be a one-man show only yet hits the fall as a very competitive club that has the chance to make some strides going ahead. 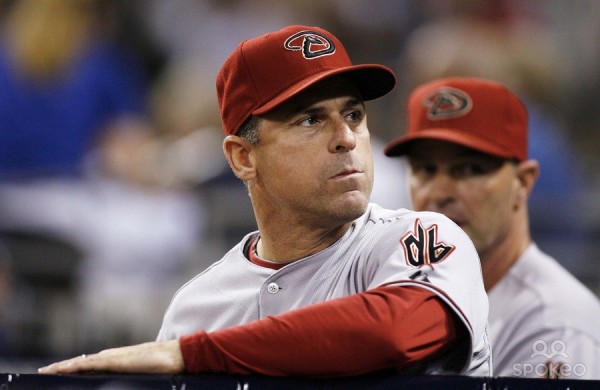 The D’Backs' year began with a new manager in Chip Hale, a first-time general manager in Dave Stewart, a completely retooled starting pitching staff, a ton of youngsters in their everyday lineup looking to seize some opportunities and their two best players on the mend from season-ending injuries a year ago. First baseman Paul Goldschmidt had been on a collision course with the National League Most Valuable Player award when an errant fastball broke a finger and stopped his season in its tracks in August. Likewise, outfielder A.J. Pollock had shown potential to be a major everyday contributor as well, hitting .302 over 75 games before a hand fracture also curtailed his season.

Outside of that duo, there were more questions than answers on how the new day across the board in Phoenix would impact the standings. Admittedly, the expectations were low. The team made a sizable investment in Cuban defector Yasmany Tomas but could not find an everyday spot for him. Veteran Josh Collmenter, who spent the past two years bouncing between the starting staff and bullpen, was sent to the mound for Opening Day duties, not exactly the most exciting prospect to take the mound. This team was one that was wired to require patience.

In a twist, things stumbled and fell out of the gates before they actually picked themselves up. The Diamondbacks entered May just one game south of .500, before stumbling through the start of the second month of the season, seeing their record dip to 23-26 by the start of June.

After continuing their bland results midway through June, things kicked into gear in Arizona. Hale’s club did not lose consecutive games from June 12-24, and by July 8, Arizona had pulled even at .500. This was fueled by the otherworldly play of Goldschmidt, who was sitting in range of a Triple Crown push, as well as the understated impact of Pollock, whose hot first half sent him to the All-Star Game along with Goldschmidt.

But these individual highs were surrounded by competitive lows for the team at its most critical juncture. With momentum building to pull away from the .500 level they resided, they dropped eight of nine games on both sides of the All-Star Break and sunk to a season-low eight games south of .500.

As the case is with most young teams, Arizona's season was characterized by a series of bipolar production swings. Coming out of that mid-July low point, the D’Backs played their best baseball of the year over the next three weeks, pulling their record north of .500 for the first time and even putting a bit of pressure on the back end of the Wild Card race.

But, just as it hit that fever pitch, the bottom fell out yet again. A four-game sweep at home at the hands of the St. Louis Cardinals sent them into a tailspin of losing four consecutive series, wiping out their hopes at crashing the Wild Card race down the stretch. 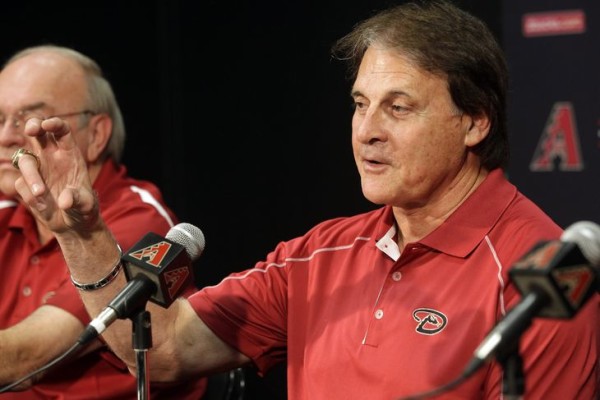 The good news is that Goldschmidt and Pollock rebounded from their shortened seasons a year ago and returned without a hitch. Those are very good bookmarks to build around, but it was also revealed this year that they are far from alone. While there is still not a totally clear place for him in the lineup, Tomas proved he could hit and was joined by outfielders David Peralta and Ender Inciarte as exciting young potential the everyday lineup can be built around.

The next big step in Arizona is to add some veteran, top-flight arms to the starting staff that needs it. The healthy return of pitchers Patrick Corbin and Daniel Hudson is encouraging, but it will take more than what is in-house or in the system to pull this team up to the next level.

Perhaps the best news is that Tony LaRussa is pulling the strings from the top floor of the front office, and his impact on the club’s baseball IQ is evident already. Given time, he will make this team better. And it should surprise nobody if that happens with a solid winter, along with even more growth from within next spring.