It is that part of the year where pennant race positioning becomes the priority for some, while an early look to the next spring is the forced reality for others. It is a chance to book better winter destination vacations for some, emptier seats for most and a chance for reflection for all.

The second team to be sent home for the winter is the Milwaukee Brewers, who head out shortly after their divisional mates in the Cincinnati Reds officially wrapped up their affairs as well. It was a year that never truly got into motion and had more than its share of hangover from the dismal end of Milwaukee's 2014 campaign. But with the purpose removed from their 2015 season, the Brewers find themselves at an odd crossroads. 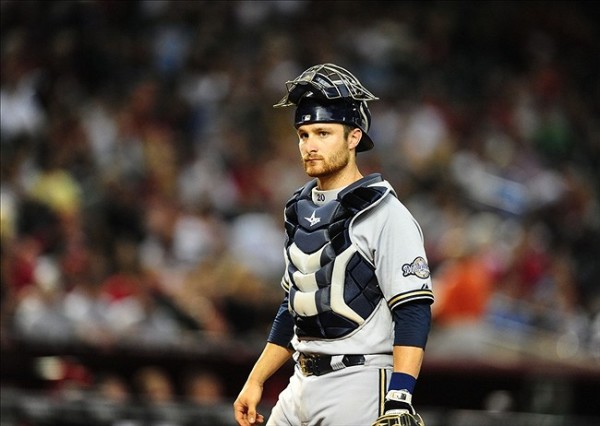 2015 took on the tone of “let’s try this again” in regard to the majority of the team construct for the Brewers. The 2014 version of the club was one that carried a commanding lead for half of the year before seeing both the roof cave in AND the floor fall out shortly after the All-Star break, finishing with a 76-loss, fourth-place showing. The Crew entered the year in nearly replica shape of where it left off the year before: no major additions to either the rotation or lineup, save for the left-handed power of Adam Lind, and it seemed to be that the approach from the front office staff was that the experience of losing control of last year could be enough to make the progress for a new outcome this year.

The lack of action this winter quickly proved to be an error in tactics, as the same team showed up from the end of last year. They Brewers had struggles in the pitching staff, and the flat production from the everyday lineup was complicated even further by an ill-timed early-season broken toe by Jonathan Lucroy, which caused him to miss six crucial weeks — a time span that defined the Brewer season early on. 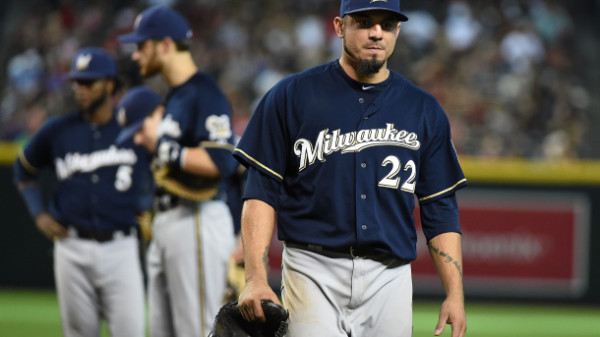 Their wheels fell off early and stayed down for the count. A 7-18 start got manager Ron Roenicke fired a few days into May, and the club continued to flounder under new manager Craig Counsell. More often than not, the Brewers were the worst team in the National League at points during the first half, going 17-34 over the first two months of the year, including an eight-game losing stretch from April 15-22.

Obviously out of it, the team was most subject to becoming all-out sellers, which was mentioned as early as May. While there was nobody willing to bite on the now-atrocious contracts of Kyle Lohse and Matt Garza (who have carried a combined 11-27 record and 5.91 ERA but are still owed another $71 million), they did find deals to move pitcher Mike Fiers, reliever Jonathan Broxton, third baseman Aramis Ramirez, as well as outfielders Carlos Gomez and Geraldo Parra in an effort to bring some much-needed life — and financial flexibility and prospect potential — to their offering.

Milwaukee finds itself headed toward another finish in the bottom half of the NL Central and with some quick decisions that have to be made on the long-term direction of the club off of the field. General Manager Doug Melvin is being transitioned to an advisory role, so the search is on for a new GM headed into this winter. This could also bring some review on the longevity of Counsell has manager as well.

But regardless of that, there are some difficult roadblocks in reworking the current roster. The two sizable aforementioned contract blocks in the middle of the starting pitching staff in Lohse, who has been moved to a middle relief role, and Garza, who has recently refused a demotion from the starting staff and has essentially been benched for the balance of the year, bring problems in financial flexibility and how to create change in their stale pitching staff. Jimmy Nelson has proven to be ready to be an exciting talent and future headliner for the rotation, however, and Zach Davies (the return for Parra from Baltimore) should be a strong pairing with Nelson and Wily Peralta.

Otherwise, it is a complicated future for the Brewers that seems to lean toward continued mediocrity. In all truth, the Brewers have been more mediocre than truly terrible in the second half, which reflects more of the reality of the club. This is not a team that is barren in talent, but it is still far behind the majority of its divisional contemporaries. Ryan Braun had a return to All-Star form this year, and both Lucroy and Khris Davis have had tremendous second halves. But the Brewers have to find a way to make the most of the financial limitations they have this winter and hopefully be more aggressive in adding key pieces that can liven up this stale offering on their 25-man roster.