Never one to be an uninteresting organization, at the very least, the Miami Marlins entered 2015 poised to make a leap into being a major player. For the majority of 2014, they played above expectations and were fueled by the presence of one of the best young outfield groups in baseball, led by the incomparable presence of Giancarlo Stanton, the game’s premier power conduit today.

However, all of that was for naught, as early in the year the wheels blew out from underneath the Marlins’ momentum and they spiraled down into the lower half of the National League East, where they have stayed since. The failure of their 2015 season in total was made official on Sunday afternoon, when they were officially eliminated from the postseason, becoming the fourth NL team — and third in the NL East — to formally fizzle out. Despite sitting in third place in the division, which is far more a benefit of being aligned with the Atlanta Braves and Philadelphia Phillies, the Marlins check in at 21 games south of .500 and have yet another winter full of more questions than easy answers.

More so than any other club that has disqualified itself this year, this is not how it was supposed to go for the Fish. The Marlins’ brass had been aggressive in the offseason, making roster-shifting changes via the trade market, in an effort to not only stay competitive in the mostly wide-open National League East, but to make those final steps toward returning to the postseason for the first time since their 2003 World Series championship-winning squad.

Despite the devastating end to his 2014 season (and very strong MVP campaign) via fractured facial bones courtesy a lost Mike Fiers’ fastball, owner Jeffrey Loria put forth a record-setting 13-year, $325 million contract to his star slugger, making him the highest paid player in baseball history. However, he did not stop there, as he surrounded him with more comparable talent than ever before by bringing Dee Gordon, Mat Latos, Martin Prado, Mike Morse, Aaron Crow, Dan Haren and Ichiro Suzuki to town. When added to the already established, precocious cast of outfielders that includes Christian Yelich and Marcell Ozuna, as well as All-Star pitchers Steve Cishek and Henderson Alvarez, as well as the mending Jose Fernandez, this is was an “on paper” heavyweight to make the leap into pennant chase baseball. 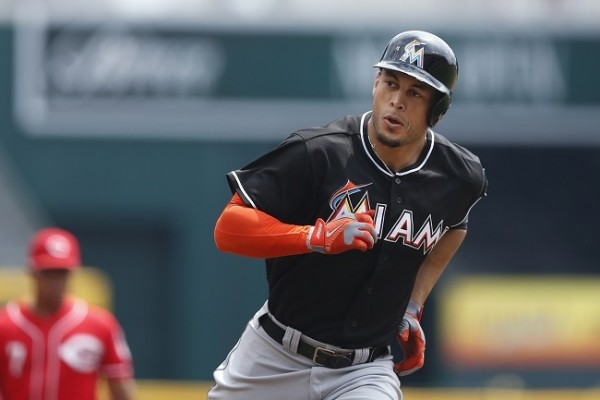 However, like many on paper “champions of the winter,” what went wrong went wrong fast. The Marlins stumbled out to 10-12 record in April and then fell even further in May, closing the month out at 20-39. Sans Stanton, who ripped off an MLB-best 27 home runs before the All-Star Break, and Gordon, who carried a .338 average through the first half, the offense was anemic. Both Yelich and Ozuna could not recapture their respective presences at the plate from the year before, and no other Marlin was able to provide any support after Stanton’s turn at the plate. Things reach a point where even major 2014 acquisition catcher Jarrod Saltalamacchia was outright released and closer Steve Cishek, whom had turned more than 95 saves over the past three years, was demoted to Double A due to an abysmal April/May 7.07 ERA and converting only three saves.

However, the season hit its true point of no return in two distinct moments. On May 18, manager Mike Redmond was fired … then subsequently replaced by general manager Dan Jennings. Jennings, who possessed 13 years of front-office experience with the team — but had not coached on the field since leading Mobile, Alabama-based Davidson High School from the bench in 1986 — was made the team’s manager in easily the most shocking personnel move of the year, bar none. Then, Jennings was tasked to continue to embark on this job without the services of his franchise cornerstone, as Stanton’s season ended just over a month later when he broke a bone in his wrist just before the All-Star Break.

Down a superstar, plus a manager winging it on the run and still surrounded by a chronically underperforming roster overall, the Marlins packed it in and resumed vintage Marlins’ form by dealing players out to still-standing contenders like crazy. By July 31, most of that aforementioned core that was projected to lead the Marlins to prosperity had been disassembled, with Latos and Morse (Dodgers), Cishek (Cardinals) and Haren (Cubs) all dealt away. Ozuna was demoted to the minors for over a month, Yelich took two trips to the disabled list, and Opening Day starter Alvarez had his season end due to shoulder and elbow troubles in July after only four starts on the year. 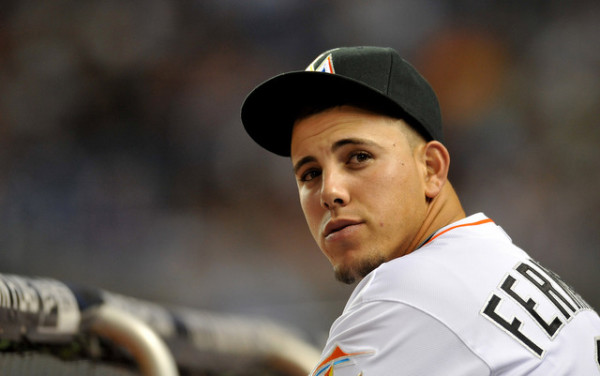 Once again, the Marlins are in a bit of an offseason purgatory type of mode that really resembles where they were last year. There is the understandable optimism of a returning Stanton, as well as the hope that Yelich and Ozuna can continue their development. Both have turned the corner in the later parts of this year, so this is a reasonable thing to assume.

Yet, the most exciting element of the Marlins’ future is the return of ace Jose Fernandez. Despite having a bump in the road that pulled him out of the rotation again for a month from early August through this past weekend, he has been as dominant this year as he was during his Rookie of the Year 2013 season. His presence can instantly pull the entire franchise up, and the expectation should be for him to once again become a Cy Young Award favorite from Opening Day 2016 and on.

But after that, it gets complicated for the Marlins, who are still mired in their perpetual rebuilding stage — this time in the front office. Jennings will certainly be moving out of the dugout; the hope is he will resume his role in the general manager’s office, but the rumor is that his role will be diminished if so and may not wield the same type of authority he previously did before being sent to the dugout. This evens out to a third manager in two years guaranteed, a potentially murky situation in the front office and an ever-unsteady owner still pulling the strings in whatever direction fits him at that moment. A power struggle between potentially four men (Loria and Jennings, as well as the acting GM Mike Berger and scouting director Jeff McAvoy) could be the potential outcome, a scenario that screams internal angst and indecision to be more prevalent than ever on the horizon.

It is this type of constant flux that makes the Marlins such a difficult organization to peg in regard to their future direction, mostly because they cannot set a path for it themselves. And while they could decide to once again engage heavily in the free agent and trade markets this winter, the forecast seems to be unavoidably cloudy moving forward in any case on South Beach. 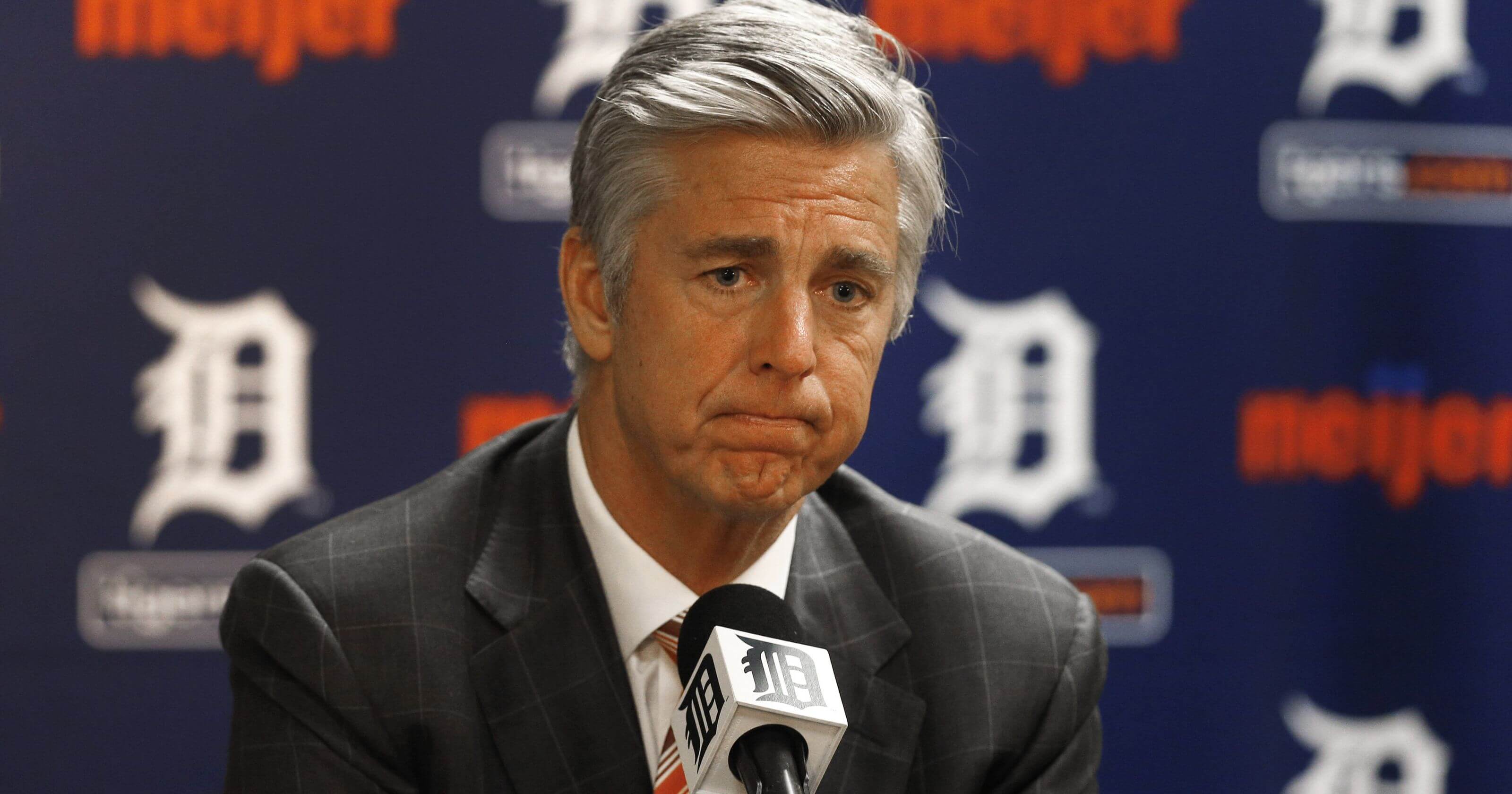 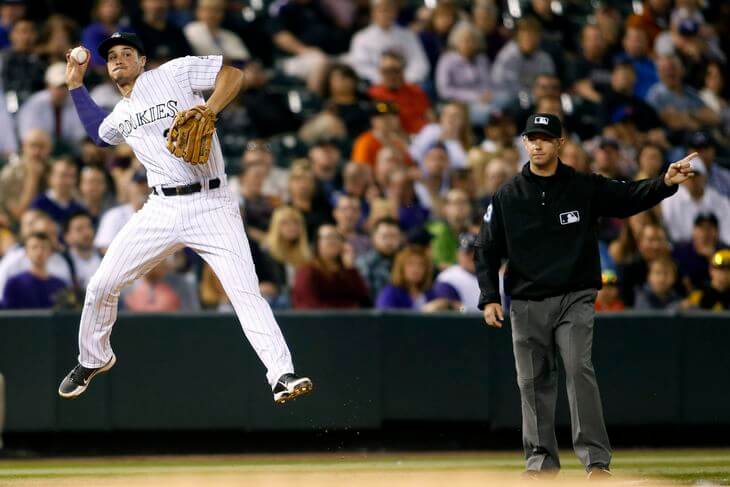