While there have already been six teams that have been eliminated from the Major League Baseball postseason this year, none thus far has been from the American League. If you hit the rewind button on this season and took it back to Opening Day, there would have been people lined up around the corner to take your money if you bet that the team that would have the worst record in the AL by mid-September would be the Detroit Tigers. They have been the reigning champions of the AL Central division since 2011 and boast the highest payroll in the division by nearly $40 million, so their pedigree is set. But alas, after a summer of inconsistencies, injuries and rebuilds, the Tigers’ postseason streak decisively ended at four years. 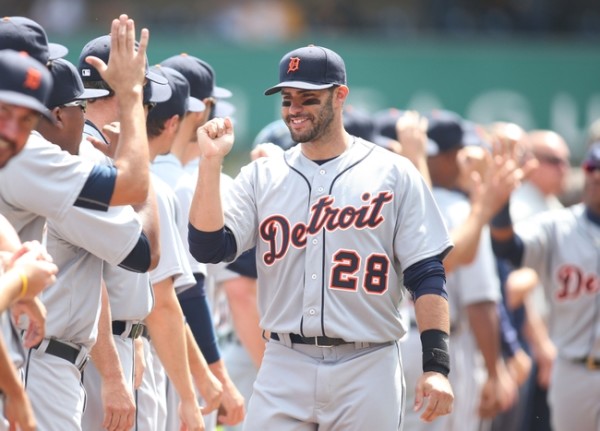 It was a difficult winter for the Tigers, who saw their pitching staff undergo heavy change, with Max Scherzer departing for the Washington Nationals and Rick Porcello dealt to the Boston Red Sox. However, the lineup was still formidable, as any order built around Miguel Cabrera should be. Yoenis Cespedes was the return for Porcello from Boston, while Ian Kinsler, J.D. Martinez and Victor Martinez were still in place, although Martinez required knee surgery just before spring training took place.

Despite these shaky grounds that the year began on, on pure talent alone, the Tigers got off to a strong start. They won nine of their first 10 games and held on to first place throughout mid-May. New acquisitions Shane Greene and Alfredo Simon were pitching well as replacements in the starting rotation, and the lineup continued to be potent, especially with the extra boost in offense from the returning Jose Iglesias as well. It appeared that business would continue as usual in the D.

Midway through May, everything began to curve downward for the Tigers. Outside of David Price, the pitching staff struggled mightily, with the team's ERA going from 3.64 in May to 4.43 in June to finally hitting 5.73 by July. From May to July, the team posted a 23-45 record, sliding well behind the surging Kansas City Royals and surprisingly steady Minnesota Twins. 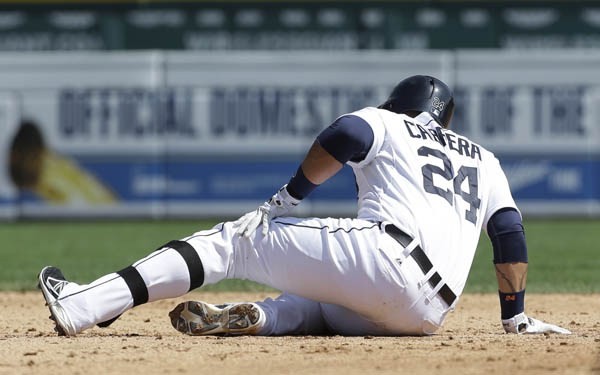 General manager Dave Dombrowski held tight to form that the Tigers would not be sellers at the deadline — rather they would look to fight through August and even add to their attack. But after the ever-durable Cabrera was sidelined by a calf strain in early July, the offense began to subside as well. Add in the fact that Justin Verlander was still rounding into form due to his late start to the year because of a lingering triceps injury; the attractive-to-competitors, expiring contracts of Price and Cespedes; as well as the persistent distance that the Royals maintained, it was clear it was time to take a knee on the year, as opposed to wishing on a star for a sudden change of course.

Over the course of two days, they fueled arguably the two most pivotal trades on the pennant chase this season by sending Price to Toronto and Cespedes to the Mets. In return, they received a much needed jolt of young talent for their immediate roster and minor league ranks.

The Tigers’ sell-off was not only an immediate white flag for this year’s competitive window, but also for this era of Tigers baseball in a way. Dombrowski, the architect of the team’s run over the past half-decade, was fired shortly after the trade deadline. His replacement Al Avila will be tasked with taking one of two roads starting this winter: picking up the pieces in place and building around them or continuing to find ways overhaul a team saddled with some hefty contractual obligations.

Due to the substantial resources at his hands and owner Mike Ilitch’s propensity for quickly jumping into unlikely free agent bidding wars, the decision could very well be to take 2015 as a mulligan and get back to reshaping this team immediately. It will take an intense focus on adding as much pitching depth as possible. Verlander has been solid, but after him only Anibal Sanchez and Daniel Norris, whom was acquired in exchange for Price, should be considered locks for the rotation next year. Adding two free agent arms — with one being the front-end variety — would be a prudent step toward climbing back up the divisional ladder. Jordan Zimmermann, Johnny Cueto or even attempting to lure Zack Greinke over should he chose to opt out in LA and test the market are all potential targets.

After that, it should be a game of details for the Tigers, who could benefit from adding an everyday outfielder, closer and a second-tier starter to round out their rotation. A decision on reinforcing the positioning of manager Brad Ausmus would be prudent as well, as the rumor mill declared him fired earlier this month, unless he truly is to be part of the quick overhaul after just a few seasons at the helm. A busy, yet strategic, winter could go a long way in keeping the Tigers in the fray in a still wide-open AL Central over the long term, as opposed to becoming a large payroll, annually low-result returning collection like the Philadelphia Phillies allowed themselves to become. That is an avoidable outcome, but it will take brains over financial brawn from Avila in his first time steering the offseason seas.

This season feels like a bump, albeit a substantial one, as opposed to a new rule in the D.