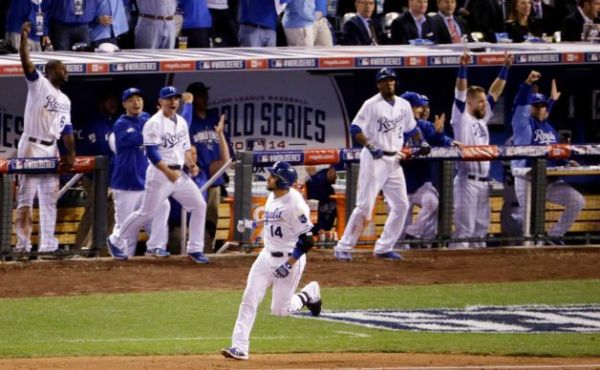 Baseball used to remember its losers so well. Whether it was the Whiz Kids, the Go-Go White Sox or Dem Bums, anytime a team broke the sport's paradigm, fans and writers memorialized the effort with a catchy nickname. And for good reason. Baseball is a game given to failure, where, to paraphrase Ted Williams, succeeding three times out of 10 is considered a good job, and even the best teams lose 65 games in a season. Mighty Casey struck out, remember, to remind those in Mudville and around the young, baseball-loving country that more often than not the outlook isn't brilliant. Baseball is unfair.

The dominant Yankees of the 20th century reinforced that notion. Hall of Fame pitcher Waite Hoyt famously said — or didn't say, no one knows for sure — “It's great to be young and a Yankee.” To be anything else was second rate. Baseball may be unfair but not to the Bronx Bombers. They always win.

So, when the downtrodden team, long dwellers in the cellar or the second division as it was known in the old days (and when speaking of baseball, it is always the old days), rose up to take on the mighty Yankees or Cardinals or even the Dodgers in the early Los Angeles years, people quickly immortalized the effort. It got to the point where the loser's name outlived the winner's. People recall the 1950 Whiz Kids Philadelphia Phillies team without a thought for the Yankees, who beat them in World Series. The same is true of the 1967 Boston Red Sox, the summer of Yaz, who bowed out to Bob Gibson and the Cardinals. There was an understanding among the fans both in and outside the respective fan bases that baseball, in all of its unfairness, would yield from time to time. Even the St. Louis Browns would win a pennant in 1944.

We've lost that spirit in recent years. What if I told you that both the Colorado Rockies and the Tampa Bay Rays reached the Fall Classic in the last decade? Sure, you'll remember the team. You might even remember who they lost to. But there's nothing to preserve the overarching feeling of the moment that in the unfairness of baseball, every team has its year (well, except the Cubs but no need to go there right now).

The Kansas City Royals have captivated America with their run to the World Series. The Royals last went to the postseason in 1985 and produced just eight winning campaigns in the years since. They were the very definition of a losing franchise and, in a way, remain one. Kansas City could become a dynasty in the coming years, but the shock of 2014 makes it all the more fun.

These Royals don't yet have the nickname that will immortalize their cause. Maybe the writers aren't as clever. They do have Lorenzo Cain and Eric Hosmer, though, players who exude an infectious joy on the diamond. Kansas City feels like a throwback team in that regard. The Royals play with a mentality — speed, sacrifices, timely hitting — that is more 1960s National League than 21st-century post-Money Ball American League.

All of it came together last night in Game 2 against the San Francisco Giants, as it has all postseason. Cain scored from second on a scorching Billy Butler single to left to give the Royals a 3-2 lead in the sixth inning. Salvador Perez doubled home Butler and Hosmer, who had walked. Omar Infante followed with a two-run home run to blow open the game in an eventual 7-2 KC victory. The bullpen shut down the Giants' bats, and the fans reveled. A near bench-clearing brawl following Infante's blast only added to the atmosphere.

There was a widespread sense of relief after the win, not just that the series stood tied at one, but also that the Royals proved their worth. A generation of fans who had gone through life without so much as a single postseason appearance now had a victory in the World Series.

And maybe they stopped to think, "This could be it." After all, the Giants are zombies when it comes to playoff baseball. Kansas City must travel to San Francisco for three games on the Bay. The Royals may not make it back to the Midwest.

If that's the case, let's make it a point to remember Kansas City in the fall of 2014 — the fireworks on and off the field, the stolen bases and the sac bunts, the fountain, the crown, Cain's spectacular fielding and Hosmer's bat, George Brett's giddiness in the stands, and that beautiful contrast of royal and powder blue. The fan base surely won't forget. This was the Royals' year, even if it isn't.

One Reply to “Win Or Lose, Remember The Kansas City Royals”