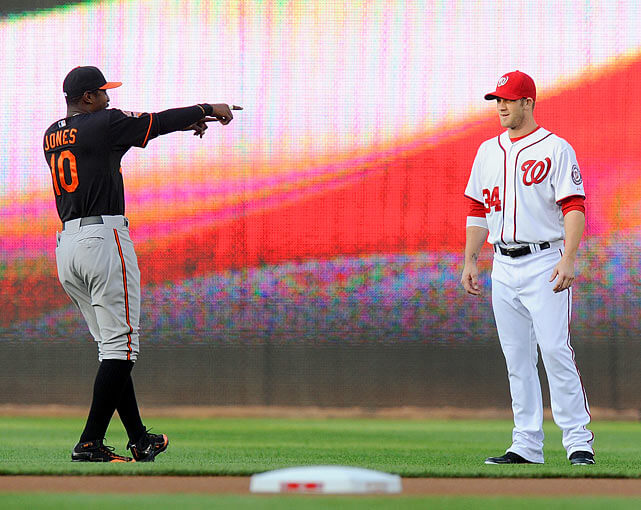 If Robin Williams' character in Good Will Hunting taught us anything, it is that once upon a time, the World Series was second only to true love. Every once in a while, there is the prospect of a World Series that is so epic that it creates that undeniable chemistry with the fall that only its classic can. And with the complete picture for the MLB postseason nearly painted now, it is becoming clear that there is no shortage of potential vintage-caliber showcases between leagues.

And while it is still to be determined who will play whom first, it is never too early to think about some of the ideal World Series match-ups that could take shape this year and why. This year, however, there are a ton of potential storylines that could make it one of the most memorable caps to any season in recent history. With a mosaic of themes including revenge, returning heroes and local prestige, the forthcoming World Series stands to produce any number of memorable undertones.

Of all the possible pairings the Series could hold, here's a few that hold the most captivating match-ups:

5. Battle In The Bay, Part II: Athletics vs. Giants

Back in 1989, the A’s and Giants squared off in a World Series that literally shook up the world, as it was interrupted mid-game 3 by an Earthquake that hit heavy at Candlestick Park. The A’s continued on to win the series in a four-game sweep, and the area rivals have not met on a such a prominent stage since.

But this season offers an intriguing possibility of a hopefully natural disaster-free match-up between the two. The Giants have steadily risen up the National League Wild Card ranks to being on the verge of reaching the postseason for the first time since 2012, when they won their second World Series in three years. Meanwhile, the A’s have floundered some in the second half, surrendering a substantial divisional lead to the Anaheim Angels, despite being one of the most active teams around the trade deadline. There is the allure of seeing the two clubs renew their local rivalry but also to seeing the Giants—whom seem able to turn it on at will in October—face off against the all-in A’s, whom are trying desperately to hold on to their grip on to what looks to be their most determined effort to bring home a pennant since ’89.

While the Cardinals have already secured their slot in the postseason, the Royals are fighting for their lives to reach it for the first time since 1985—when this shared state rivalry really took a turn. Their previous October meeting saw a series that featured the slash and dash of the “Whiteyball” Cards, facing off against the George Brett and Bret Saberhagen-led Royals. However, its most infamously remembered for “the call” of umpire Don Denkinger, who missed an obvious out at first by pitcher Todd Worrell and extended the series which setup KC’s only World Series crown.

The Royals have not reached the postseason since that victory over their more prestigious state mates, but they have always played both an impassioned slate on the field, as well as in the stands. There is no love lost between Missouri’s two metropolis’, and a revival of their rivalry in the Series would a be a surprisingly fitting cap to the return to prominence of the Royals, as well as for a Cardinal team that has lived around (but not quite over) baseball’s summit annually for the last three seasons. A series with a hint of revenge and a heaping of neighborly battle is never not a good thing.

3. The Battle For the DMV: Nationals vs. Orioles

The revival of baseball in the DC/Maryland/Virginia area of the country has been remarkable over the past few years. With an influx of some of the game’s most exciting young stars such as Bryce Harper, Adam Jones and Stephen Strasburg meeting up with a core of mid-prime vets like Jayson Werth, Ryan Zimmerman, Adam LaRoche, Nelson Cruz and Chris Tillman, the two teams have now risen to the top of their respective divisions at the same time.

It has been a regional jump that has set the area abuzz as well. And while it is not what would be considered a traditional rivalry by the potential of other showdowns October could have, such as the history between the Giants and A’s or Tigers and Cardinals, it could spark what would be a rivalry with huge competitive growth potential. The two clubs will face each other annually as “natural rivals” in interleague play, and a World Series meeting could springboard a brand new battle to create a new baseball hotbed. 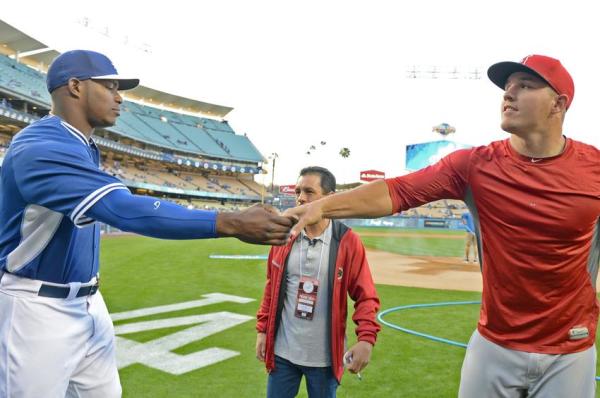 2. The Freeway Series: Dodgers vs. Angels

The Dodgers and Angels have not been bashful about their goal of bringing a World Series title to their shared 30-mile stretch of southern California. The two clubs check in at combined total just north of $390 million for the 2014 season, which means they are perpetually in “win now” mode.

But the best part of this series would be the fact that it would be a showcase of some of the great talents in the game in one battle for city supremacy. There is the favorite for the AL MVP in Mike Trout, squaring off with Clayton Kershaw, who could be the co-owner of the National League’s version of the award, as well as its Cy Young. As would be expected, the star power would be on full display with Yasiel Puig, Hanley Ramirez, Matt Kemp, Zack Greinke, Albert Pujols, Josh Hamilton and many more on display to make it the type of showcase event that Tinseltown should present.

1. Guess Who’s Back?: Cardinals vs. Angels

There is a chance that I am being slightly a homer in this situation, but this a series with an undeniable appeal. Pujols, returning home (literally, as he still makes his home in the St. Louis area) to face the club that he last led during its most recent world championship before departing suddenly for Los Angeles and about 225 million other reasons. For additional intrigue, there is the return of David Freese as well, the hometown hero who put on one of the greatest World Series performances in recent history, but whom the Cardinals jettisoned after a career-worst 2013 effort.

It has the intrigue of the pair of returning heroes, but it also pits the best team in the American League this season against the most consistent National League club over the past half-decade. The Cardinals brilliant starting pitching facing off against the undeniable Angels offense is worth the price of admission even without the romantic undertones of rosters.