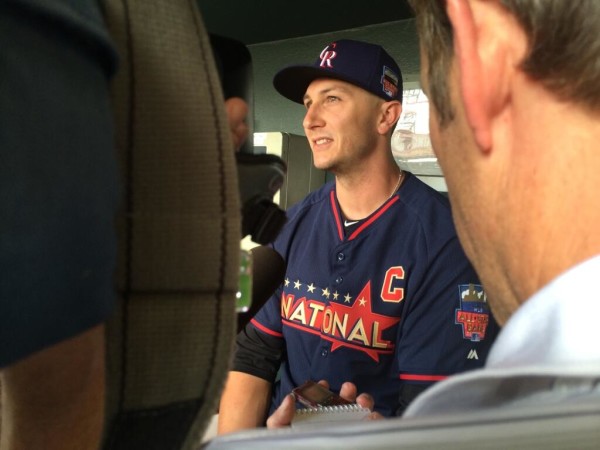 The 81st game and technical halfway point of the Major League Baseball season has been met for each of its clubs, while the ceremonial midway mark is two weeks from today as the All-Star Game looms in Minneapolis. And with that, it is time to take the top-of-the-month look at what the 2014 MLB All-Stars should REALLY look like.

This time it is just before the rosters are made official, as the full lineups for both leagues will be announced this Sunday night. And while there is sure to be the presence of the sentimental vote, manager politics, injury maneuvers and waves of replacement players to shake up the best possible scenario per usual, the voting portion of All-Star season has done a good job of matching popularity with life-time production this year.

However, crafting a complete and fully correct roster is a horse of another color, and since the last time we took a ride on the All-Star reality tour, a few things have changed, while many have stayed static. One month can tell a much different story than the one before, as the July edition of the “Just A Bit Early All-Star Team” does deliver.

In all, there are five changes in the starting lineups, with six changes to the American League roster and another eight to the National League side. Next week, the TSFJ staff will have a showdown on the final look of the chosen All-Star teams, but for today, here is the last look at how it SHOULD turn out—before it actually does. 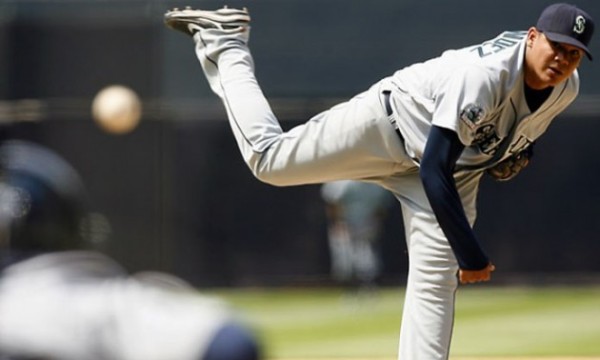 Catcher—Salvador Perez, Royals: Baltimore’s Matt Wieters is going to win the vote. There could be a chance that the host city’s Kurt Suzuki gets the nod behind the plate to start, but there’s not a better catcher in the AL this year. He leads the circuit’s catchers in hits and continues to play a superb game behind the dish as well.

First Base—Miguel Cabrera, Tigers: While Jose Abreu is making a historic home run debut, Miggy continues to be the game’s finest all-around tool at the dish and is on pace to drive in 130 runs and push at 200 hits yet again.

Second Base—Jose Altuve, Astros: If he played for a team close to the pennant chase, the mighty mite Altuve would be at the heart of the MVP race. Yet all things considered—which includes leading the AL in batting and 37 stolen bases with a 93% success rate—he , he should be near the top of it anyway. He hit .411 for the month of June and only missed on 18 pitches he swung at.

Third Base—Josh Donaldson, Athletics: His average has dipped, but Donaldson’s knack for driving in timely runs as the engine of the A’s is as strong as ever. However, Adrian Beltre’s all-out offensive assault makes this a tight call on the hot corner.

Shortstop—Alcides Escobar, Royals: Probably the shocker of the group, but considering no matter what happens here in the realm of the deserving, the Derek Jeter Farewell Tour will win out in the end (and I can’t really argue that). But Escobar has found a groove at the plate to accompany his nearly unparalleled defensive prowess. Basically, it has finally come together for him.

Outfield—Mike Trout, Angels: Think about what he’s done and think about the fact he may be having the best year of his career. Basically, the best is getting better all the time and putting some distance between himself and the pack—just like he put some distance on the longest home run of the season thus far last weekend.

Outfield—Jose Bautista, Blue Jays: There’s few players as exciting at the plate as Joey Bats, and he’s having one of the finest all-around seasons of his career. With an average over .300 and on his way to another 30-homer, 100-RBI campaign, he’s added the spark of leading a winning club as well to his thrilling output.

Outfield—Yoenis Cespedes, Athletics: It’s almost nightly that he makes the play of the night right now, whether it is with a massive home run or adding another name to his list of assassination victims trying to take an extra base on him (MLB-best 10 assists) from the outfield. He’s put it all together this year, and it’s been amazing to watch.

Designated Hitter—Nelson Cruz, Orioles: The light show is still on full blast for Cruz, who is a part of the tight race to lead the Majors in homers. He is already halfway to 50 and going over the fence every 12 times to the dish thus far.

Starting Pitcher—Felix Hernandez, Mariners: Tanaka is getting the buzz, but it’s the King that is really holding court so far in the AL. He is leading the AL in strikeouts (137), has a 10-2 record and is holding batters to just a .206 average. Since May 18th, he has not allowed more than 2 runs across nine starts. 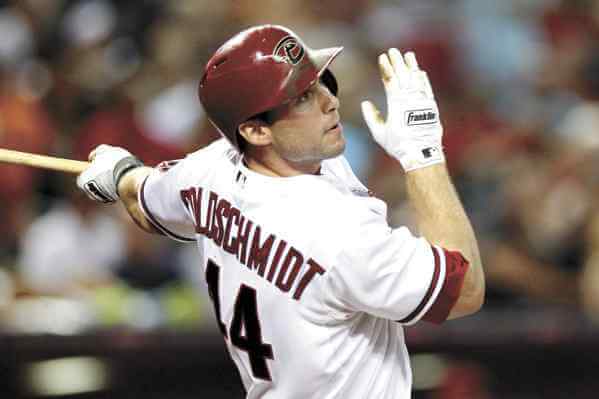 Catcher—Jonathan Lucroy, Brewers: While the video touting his All-Star worthiness at the expense of vote leader Yadier Molina got the headlines, his play probably should have been getting them long before. His .334 average is second best in the NL and he’s driven in 42 hits while reaching 100 hits a week before the ASG break.

First Base—Paul Goldschmidt, D’Backs: The short answer for best all-around first baseman in the game is Goldschmidt, who once again is putting up an incomparable overall offering. He is tied with Lucroy at the top of the doubles board with 28 and is third in the NL in RBI with 53.

Second Base—Chase Utley, Phillies: He’s topped 90 hits, 24 doubles and is still hovering close to .300 on the year, along with a .353 on-base percentage. The revival of Chase continues to impress.

Third Base—Todd Frazier, Reds: Third base has been wide-open this year and could continue to change faces throughout the summer. But as of today, nobody is doing it as well as Frazier, who has a .287 average, 46 runs driven in and leads all NL third basemen with 17 homers. The Reds were the best team in baseball, in June and he’s at the heart of it.

Shortstop—Troy Tulowitzki, Rockies: The runaway vote-getter in the NL is hitting over .350 overall and is up over .450 at home. He’s one of the game’s best overall talents and is not being shy about showing it with stunning regularity. Tulo is the most slam-dunk starter at any position and in either league.

Outfield—Giancarlo Stanton, Marlins: The NL’s premier power threat is having his best season thus far, and despite leading the NL in home runs (21) and RBI (60), it feels like he’s only barely scratching the surface. Regardless, making the Marlins relevant is easily his most impressive feat on his growing list.

Outfield—Andrew McCutchen, Pirates: Another year, another case of The Cutch doing everything under the sun and doing it well. He’s in the top-five in the NL in hits, doubles, average and on-base percentage, while sitting in the top 10 in RBI and stolen bases. What else would you expect?

Outfield—Yasiel Puig, Dodgers: A case can be made for Carlos Gomez here, and a damn good one that I probably wouldn’t argue. But Puig is the game’s most exciting play-to-play property and can turn every moment into a memorable one. Along with an average over .300 and an antonishingly-quick growing RBI total, he needs to be in the ASG from the beginning.

Starting Pitcher—Johnny Cueto, Reds: This is tough, because it’s splitting a hair twice between Cueto and Adam Wainwright, but Cueto has the only ERA under 2.00 in the game (1.88) and is holding a batters to an absurb .171 average against, with 122 strikeouts against only 29 walks. All while throwing more innings than anybody in the NL.

What are your thoughts? Do you agree with our ‘Way Too Early’ All-Star roster update? Let us know in the comments section!

Baseball Did Clayton Kershaw Pitch The Greatest Game Ever?…
2