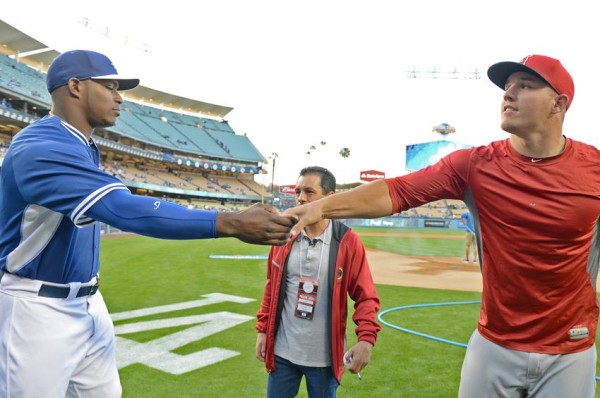 The marathon of the Major League Baseball season lends itself to both patience and context in some very constant fashions. For example, here in June it is too early to declare anybody having established himself as a "frontrunner" for anything, but it is not too early to declare a few teams out of it already. Also, it is too soon to start counting MVP votes but not too early to begin to figure out who's over- and underachieving. Basically, context is everything.

In that vein comes the chance to take a look at what a 2014 MLB All-Star team would look like if the game took place today. We are slightly over a month away from the Midsummer Classic, which will take place at the home of the Minnesota Twins, Target Field, on July 15th. However, it is not too soon (or later on, too late) to break out who represents as legitimate MLB All-Stars this year.

A generation ago, when the nationwide thirst for baseball was at its peak, there were two All-Star Games per season — one at the halfway point and another after the season — so the efforts of both parts of the year were properly recognized. While that was curtailed in the 1960s, the idea of what that effort accomplished is still intriguing. After all, isn’t what a player does when the stakes are at their highest matter most? So, throughout the year around the end/beginning of each month here at TSFJ, there will be a heat check posted of where the best of each league is at in an effort to bring that old honor back of pointing out the most constantly superb players in each league. And today, we start with the “Just A Bit Early” clubs.

The rules are simple and follow the official All-Star Team makeup: 34 players per team, each MLB club represented. That's it. Otherwise, it is a free-for-all of the players who represent as 2014 MLB All-Stars … in the moment at least. 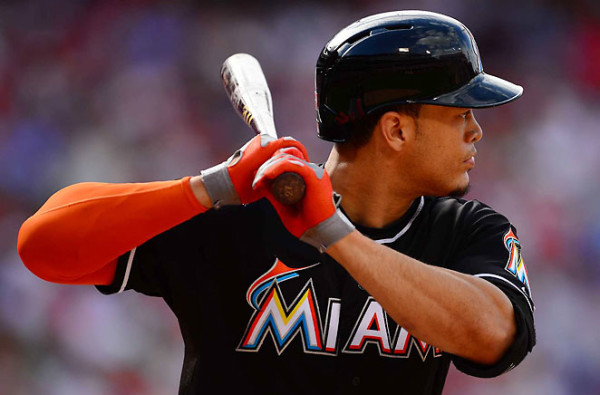 Catcher—Yadier Molina, St. Louis Cardinals: The perennial best behind the plate in the game is having another great all-around year. His average is over .300, leading a great staff and regularly reminding runners to be afraid.

First Base—Paul Goldschmidt, Arizona Diamondbacks: He’s picked up right where he left off in 2013 and has left NL pitching in his wake. He leads the NL in extra-base hits with 32 and is singlehandedly holding Arizona within range of relevancy.

Second Base—Chase Utley, Philadelphia Phillies: The rebirth of Utley has lasted surprisingly long considering his recent (lack of) track record. However, he is leading the MLB in doubles and reminding everyone of why he has long been the default answer to best second sacker in the senior circuit.

Third Base—David Wright, New York Mets: Steady as ever, Wright has continued to be the class of NL third basemen, leading his position in hits and doubles, while coming in second in average, on-base percentage and RBI.

Shortstop—Troy Tulowitzki, Colorado Rockies: He’s playing better baseball than anybody on the planet this year, as his MLB-best batting average clearly shows. He’s also in the top three in runs, on-base percentage and home runs, while reinvigorating baseball in Denver.

Outfield—Giancarlo Stanton, Florida Marlins: He’s been fully healthy and fully coming into the mountain of potential he’s held for years now. He is tops in the NL in home runs and far and away the most frequently devastating author of these prodigious hits. His average homer has carried 432 feet, while traveling 109 miles per hour.

Outfield—Andrew McCutchen, Pittsburgh Pirates: The do-it all reigning MVP has smoothed his way through yet another year. While the Bucs haven’t quite caught on to his wave yet, he is reaching base at a career-best clip while on pace to reach 40 doubles.

Outfield—Yasiel Puig, Los Angeles Dodgers: The virtuoso of all talents has continued to be an unmatched spark for the Dodgers, while finding a way to contribute each day. He has authored a 30+ game on-base streak already and was the "Master of May" yet again, hitting .398 during the month.

Starting Pitcher—Johnny Cueto, Cincinnati Reds: He is dominating in both volume and quality thus far. Batters are managing only a .156 average against him, and he is carrying insane MLB-best figures of three complete games, two shutouts, a 1.68 ERA and only 4.7 hits per game while throwing an MLB high of innings thus far on the year. 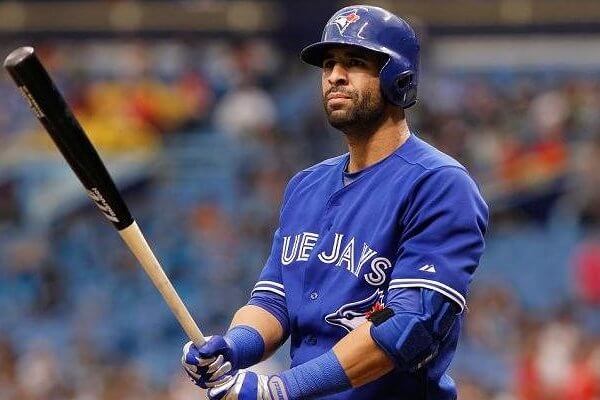 Catcher—Salvador Perez, Kansas City Royals: Catcher has not been a position of particular strength in the AL this year outside of the injured Matt Wieters, but Perez has been solid across the board to warrant a nod among the group.

First Base—Miguel Cabrera, Detroit Tigers: He started off slow, but his decline was greatly overrated. Since May broke, he has hit .380 and driven in more runs than the month had days. In other words, he’s still Miggy.

Second Base—Ian Kinsler, Detroit Tigers: Even before Prince Fielder’s season ended early in Texas, the Tigers were the winners of the offseason’s biggest trade by netting Kinsler. He has lit the Detroit lineup on fire out of the lead-off spot, sitting prominently among the league’s leaders in hits and runs scored.

Third Base—Josh Donaldson, Oakland Athletics: It has been safe to say that last year was no fluke for Donaldson, and it is also safe to say that last year’s biggest All-Star snub will relinquish that title this year. He could very well be the league’s MVP thus far, as his league-best totals in both offensive and defensive WAR attest to. He’s doing irreplaceable work for the AL’s best team.

Shortstop—Alexei Ramirez, Chicago White Sox: It is a "flame on" season for the sometimes erratic but always talented Ramirez. He is leading all AL shortstops in hits, and his average sits in the top three in the league overall. It will be impossible to beat the departing Derek Jeter in the ballot box, but he is deserving of a starting nod.

Outfield—Jose Bautista, Toronto Blue Jays: Joey Bats’ wrist is 100%, and his bat is back at it too. He leads the AL in on-base percentage and is top five in his trademark column as well too, with 14 home runs. The Blue Jays are living up to their billing headed into last year, and his resurgence is no coincidence.

Outfield—Mike Trout, Los Angeles Angels: The game’s best player is putting up his usual buffet of stat spreads, and if he can overcome a bad back that has curbed him down to some mortal totals of late (although he still hit a 430-foot homer this weekend before sitting for a few days), he’ll be the center attraction in the AL lineup in Minnesota.

Outfield—Melky Cabrera, Toronto Blue Jays: He is putting the “steroids-equal-stats” crowd into a resoundingly deep sleep with his performance thus far, which looks shockingly similar to the 2012 batting title that never happened for him.

Starting Pitcher—Masahiro Tanaka, New York Yankees: He is on pace to win 23 games and strike out 255 in his debut, so it is safe to say while the language is lagging behind, his stuff is not. Japan’s former best has been the pole setter for the AL so far as well. He has jumped out to an 8-1 record with a league-leading 2.06 ERA. The hype was not only legit, but maybe even understated.

Do you agree or disagree with our resident MLB insider on his first ballot? Let us know your thoughts in the comments section as the All-Star Game is now a month away!