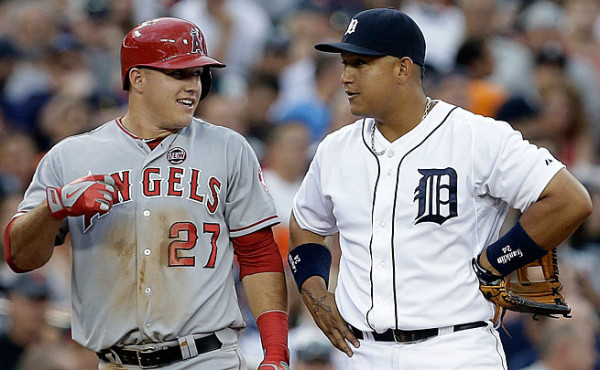 With two false starts to the 2014 Major League Baseball season already under our belt, today is the day the that ribbon to the spring is truly cut and the full slate of games gets under way. As they always do on Opening Day, hopes spring eternal around the MLB. Also as always, there is a buffet worth of questions, “ifs” and conditions that fill up every corner of the game. The story lines of the season are part of what makes the debut day of the game what so exciting — seeing how many survive, how many fall and which ones ultimately end up paving the course of the season as a whole.

Here are a few of those events in the works to set up the MLB spring, summer and fall to come. So ponder these on MLB Opening Day.

1. Will The Yankee Shopping Spree Return On The Investment Immediately? After posting an 85-win, third-place finish, their worst showing since 1995, the Yankees set out to fix that problem the only way they know how: spending a mint’s worth of bank roll. Their tab came back at more than a half billion dollars committed to adding Masahiro Tanaka, Jacoby Ellsbury, Brian McCann, Carlos Beltran, Brian Roberts, Kelly Johnson and extending Brett Gardner as well. However, even with this expenditure, they still have some noticeable issues, especially in regard to health and pitching depth. If their overhaul can carry them over their depth issues, the money out of the bank is well worth it.

2. How Will Replay Change The Game? Baseball is often criticized as being behind the times in its officiating of the game — and resistance to listen to how to do so. Well the deaf ears are no more. MLB has fully integrated a multi-level review system to be utilized by both managers and umpires throughout the game. How will this change the outcome, flow and ultimately the way that the game is played and approached?

3. Who Will Be This Year’s Phenom? From Strasburg and Harper to Trout and Puig, there has been no shortage of quick-impact rookies showing up in the game the last few years. While it is tough to say who adapts to the Show that quickly, there are few guys entering their first full seasons that look to play the part well. Chief among them are Reds centerfielder Billy Hamilton, Red Sox shortstop Xander Bogaerts, Cardinals pitcher Michael Wacha, Pirates pitcher Gerrit Cole and Mariners pitcher Taijuan Walker.

4. Is A Prince-ly Revival On Deck? While the numbers came off solid, Prince Fielder’s last few days in Detroit were not very pretty to watch. Capped off by a 4-for-22 effort in the ALCS, his two-year stop with the Tigers came to an end when we was traded to Texas for second baseman Ian Kinsler. This new start gives him a much friendlier park to apply his craft — one with a 325-foot rightfield line and 400-foot center wall.

5. Is This The Tipping Year In The Trout/Cabrera Debate? One of baseball’s most hotly contested debates the last two years has been who’s better between Mike Trout and Miguel Cabrera. While Cabrera has won the MVP hardware, there has been a crowd that sides with Trout’s unmatched overall offering on who is the game’s best. Will this be the year where Trout bests Cabrera in the award race and swings even more to his side in the "best in the world" debate? 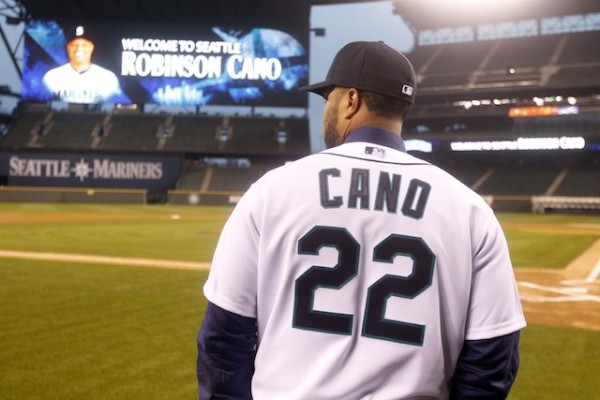 6. Will The Cardinals Get Over The Hump? The last three years in St. Louis have been pretty good: a World Series win, a push to Game 7 of the NLCS and then a return to the World Series again. That has been good for 302 wins since 2011, but it's the final two losses that have haunted the Cardinals, losing a 3-1 lead over San Francisco two years ago and running out of steam against Boston last year. For St. Louis, anything short of a World Series appearance is a regression, but can the Cards remain at the top of the National League pack? That is an awful difficult standard of living they have crafted for themselves.

7. Who Breaks Through The Glass Ceiling? There is always a team that does much better than it reads on paper, just like there is always a club that plays with more drive than can be predicted. The Royals are a team that is in a “win now” capacity, with a young team reaching its maturity and staff ace James Shields having a payday that will take him out of play looming overhead. The same thing goes for the Rays and their ace David Price. The Braves dominated the NL East but have the problem of layers of injuries already hanging over them. In Anaheim, the Angels' marquee list of names has failed to return the type of wins that the promise they brought with them predicated. Can any of these teams capitalize on the clock that is ticking against them?

8. What Next For The Champs? The Red Sox's 2013 was truly remarkable. From an overhaul of 50% of their roster, a new manager, a spectacularly dominant season from Koji Uehara, the push of being the motivation for a scandal that rocked the city and then an undeniable push through October, it was one of the most momentous championship runs in years now. It is always harder to stay on top than it is to get there, but now they will return a club with experience together and a few youthful injections of talent as well. Can chemistry carry them as far as motivation did a year ago?

9. Does Robinson Cano Make A Difference? He shocked the world when he turned down the lights of New York for Seattle, of all places, but Cano sure enough did agree to not only take on the money ($240 million worth of it) but the responsibility of it too. Unlike in New York, he is not only the best player, but he is also the sole axis of the franchise’s future now. How will he impact the growth of the franchise, its immediate success and define the image of the team as well? Winning is the only way to do that, or the momentum of his signing will be lost in the wind.

10. Can Tanaka Deliver On The Hype? One of the biggest signings of the winter is also one of the game’s most unproven quantities. The Yankees handed Masahiro Tanaka $155 million before he threw his first Major League pitch, a sum that carries a fair amount of responsibility with it. He performed well in the spring, sporting a 2.15 ERA over 20+ innings, but if CC Sabathia cannot regain his old form, can he handle the job of carrying the Yankees staff in his first year?

11. What Will Be The Impact Of The PED Offense Expansion? The MLB and Players Union followed through on their promise of extending the punishment for performance-enhancing drug suspensions this year. The lengths for first- and second-time users were extended from 50 and 100 games, respectively, to 86 and a full season. In addition to the length extensions, now all suspensions automatically disqualify a player from postseason eligibility. Will this tightening of the belt do more to eradicate the usage of drugs in the game?

12. Can The Astros Avoid Making Some Dubious History? For the past three seasons, one constant is that the Astros have been the worst team in baseball. Over that span, they have averaged 108 losses a year, which puts them in the range of the all-time worst four-year spans in league history (452 L’s for the 1962-65 Mets). Can they avoid this bottom-feeder elite status while continuing their slow-burn rebuilding process?

13. Will Derek Jeter Be Able To Finish His Final Tour Of Duty? The masses will make the turnstiles move to come and see the retiring Yankee captain this summer, but health has not been his friend over the past two years, as an ankle injury has refused to move on. But in the best interest of the game, it would be appropriate that Jeter is able to make the full rounds on his final year. He is one of those rare icons that will be spoken of for generations to follow, so it would be good to see him be able to tip his cap as often as possible in his last eight active months.

14. Should Opening Day Officially Be A National Holiday? Of course it should — the people have spoken, as have I.