We take a look at five records, from four different sports that will most likely never be eaten in our lifetime…

Now the number might seem impossibly high, but remember that a baseball season is comprised of 162 games, with teams sometimes playing in the morning and afternoon of the same day (what other sport would make their athletes compete in two-a-days?)… but still, to play in every single game for over 16 years is hard to picture in today’s modern world, where players are considered such financial investments that they’d never be allowed to attempt to catch Cal, by “playing through” minor ailments and risking further injury. In fact, by those metrics it’s safe to say that Ripken Jr. might not even see another player reach half of his streak, as nobody currently playing is within 2000 games of Ripken’s total.

Long before Brady wore the mantle of “Timeless Wonder” but after George Blanda’s grey-bearded glory years, there was a another famous quarterback to defy father time… and his name was Brett Favre. Now that’s all said and done, the Hall-of-famer has finally retired (for good!) burt during twenty years, the Mississippi Slinger amassed quite a few records on his way to the ultimate iron-man statistic of starting 299 consecutive games. And this isn’t baseball mind you, this is a sport that requires armor and helmets because grown men hit you so hard, so regularly… Despite playing for 3 different teams, it’s a safe bet to assume that no other passer will ever even approach the unfathomable feat of tossing 336 interceptions. To put things into perspective, the current pick-throwing king, Jameis Winston, could throw 30 interceptions for 11 consecutive seasons and not top Favre’s record.

It’s going to be tough to catch “The Great One”, as no other active hockey player has scored more than 2000 career goals. In fact, Gretzky also has more assists than everyone too… which makes you wonder if they shouldn’t have made a special league for Gretzky, where he could finally play against cloned versions of himself and finally experience some competition. Try this on for size, he had 92 goals in an 82-game season! That’s over a score per match. His flair, vision and technique were (and still are, some will argue) second to none, and if he got behind the net… watch out. Now of course, it’s possible that the Russian maestro, Alexander Ovechkin, could one day break some of his records, but it’s not particularly likely and will require tons of skill and focus. Only time will tell.

I know you’re going to think “Another baseball stat? Boring…” but realize just how dominant this man was at his craft. No other MLB player has ever come within even 20 percent of DiMaggio’s golden streak! Pete Rose, the infamously-banned gambling aficionado and RBI specialist during his time on the diamond, is the closest guy to ever sniff at this prestigious title… and that was in 1978, when he managed to line up 44 games with contact. Two of my hometown Phillies, Chase Utley and Jimmy Rollins, actually managed to reach the mid 30’s a couple of years ago (around the time of their pennant success) but that’s it. No surprise it’s such a daunting task, as the pressure on whomever goes on a batting run/hitting streak is enormous, with reporters crowding around their locker before and after every game, to rehash ever second of play. This incessant attention drains even the most level-headed athletes, and makes it appear as if DiMaggio’s streak will forever remain the most unbreakable, non-pitching record in major league baseball

Wilt Chamberlain—50.4 points per game in one season:

This one isn’t even debatable as the “Most Impressive Record” on our list, as they literally had to change the NBA rules because of Wilt’s prowess and overwhelming mastery on the court. Imagine a baller scoring 50 points in a game… that’s already major news, right? Wilt scored fifty points regularly, night on and night out, over the span of 80 games (if you’re paying attention, the season was longer back in those days, too!). For Chamberlain to average over 50 points in 1962 was insane, and there’s no doubt that he’s the greatest scoring machine in NBA history. But it actually might go beyond that. If one considers professional sports in their entirety, Wilt’s magical run might actually be comparatively better than anything Wayne Gretzky, Babe Ruth or even Jerry Rice has even put on tape, during individual campaigns… Yet strangely, nobody seemed to care at the time just like nowadays, as Wilt didn’t even receive MP honors that year.

5 Sports Records That Will Never Be Beaten 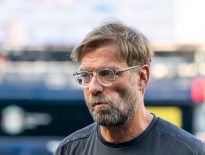 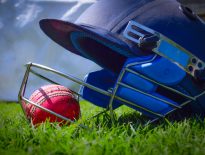 cricket What’s Up with British People and Cricket?
0