When the Denver Broncos traded a sixth-round pick to the Carolina Panther for Teddy Bridgewater- the quarterback battle began in the Mile High City. Both had featured heavily in the preseason and impressed. Broncos head coach Vic Fangio officially named Teddy Bridgewater as the starter to begin the season.

"Coach (Vic) Fangio informed our team this morning that Teddy Bridgewater will be the Broncos' starting quarterback." the statement read.

It’s Time for Teddy in Denver

Teddy Bridgewater has had a long road to becoming the starter for the Denver Broncos. He was the 32nd pick in the 2014 draft by the Minnesota Vikings. After two seasons of being the starter in Minnesota, including a pro-bowl appearance, Bridgewater would suffer a devastating injury that sidelined him for 19-months.

Bridgewater suffered a torn ACL and a dislocated knee joint. His fifth-year option wasn’t picked up by Minnesota. He was signed by the Jets but quickly traded to the Saints to become Drew Brees’ backup. Though he was second-string to Brees, Bridgewater made five consecutive starts during the 2019 season due to an injury and impressed.

In the offseason, Bridgewater was traded to the Broncos after the Panthers acquired Sam Darnold from the Jets. His first preseason game for Denver came against former employers the Minnesota Vikings. Teddy was precise and accurate with his throws and ended with a singular incompletion and a touchdown. The second preseason game saw Bridgewater put on another stellar performance. He finished nine for 11 with a touchdown.

On the 25th of August, Teddy Bridgewater was announced as the Broncos starter.

Drew Lock Will be Backup to Bridgewater

Drew Lock was drafted in the second round of the 2019 draft by the Denver Broncos. After suffering an injury setback, Lock was named the starter for the last five games and shone as the Broncos QB1. He went 4-1 as a starter and became level with John Elway with most wins by a Broncos rookie- doing it in half the amount of games.

So expectations were high for Lock when the 2020 season came along. But the 2019 hot-streak appeared to have ended. Lock tied Carson Wentz for the most interceptions in the regular season and had the lowest completion percentage amongst quarterbacks with 150 attempts or more.

After the Broncos traded for Bridgewater, fans and media alike knew the quarterback battle had commenced in Denver. Lock threw for 151 yards and two touchdowns against Minnesota including an 80-yarder to KJ Hamler for a score. He wasn’t as successful against the Seahawks as he was nine for 14 for 80 yards.

Drew Lock has taken the decision well and has vowed to help Bridgewater despite his disappointment. 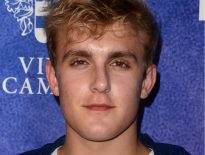 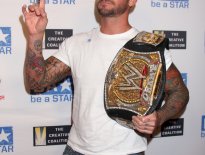