Now the NFL season has finished, we all know there’s a long wait between now and September when we see NFL athletes hit the field again.

Why not give rugby a go?

With rugby on the rise in the US, there’s becoming more and more opportunities to get involved with sport than ever before.

Yes, comparing rugby with American football is a ridiculous thing to do – that’s not why we’re here. Instead, we’re hinting that this could be the sport to get yourself involved in during the NFL offseason.

There’s a lot of rugby to look forward to this year – and even some happening right now, so if you’re looking to fill that void of the NFL offseason, then we recommend doing so quickly.

As of right now, we are midway through the annual Six Nations tournament, consisting of – you guessed it – six teams, all battling it out in the round-robin competition for the chance to be crowned champion.

England, Scotland, Wales, Ireland, France & Italy are placed in a league, and play each other once to determine the winner.

If you’re unsure, Wales are currently leading the way, with France looking to equal the Welsh side’s undefeated record with their game in hand against Scotland – unfortunately postponed due to part of the French camp testing positive for Coronavirus.

There’s still two weeks left, with everything still to play for, so can definitely give you a quick fix.

Another major rugby union competition happening right now is the Premiership Rugby – exactly halfway through their season (going into week 11 of 22).

12 Teams from all over Britain are currently playing through their season, with the Bristol Bears leading the charge – six points clear of second place.

Hot on their tales is defending champions, the Exeter Chiefs, who will be looking to close the gap and claim that number 1 spot again.

It’s an exciting season so far, and there’s a lot more action happening between now and the end of the season. Granted, the Premiership season does cross over slightly with the NFL season (starting late November), but will last well into the middle of June, meaning there’s plenty of time for you to get stuck into some rugby.

Following the Premiership season, the British & Irish Lions tour is set to start at the end of June (Coronavirus dependant). In this tour, we will see the best athletes from Britain team up to compete against current world champions South Africa, as well as play a selection of other matches.

The selection process is a long one, and always captures attention of everyone in the rugby world, anticipating who will make the cut to represent the Lions.

The Lions are described as the best touring rugby team in the world. So, if you’re looking for some high-quality action, this will be a great opportunity.

There will be three matches against South Africa, as well as five other games across four different locations of the world.

If rugby union isn’t for you, then don’t worry. There’s still a huge event for you to look forward to later this year – the Rugby League World Cup.

Being hosted in the UK, 16 nations will travel over to England to battle in the men’s World Cup, while 8 nations will compete for the women’s crown. All teams will be hoping that they can be crowned world champions.

The men’s tournament kicks off on October 23, with England playing their first group-stage match against a physical Samoa side.

Meanwhile, the women’s competition kicks off on November 9 with a double header, as hosts England take on Brazil, followed by Papua New Guinea vs. Canada.

Rugby: Why This Sport Can Be Your NFL Fix 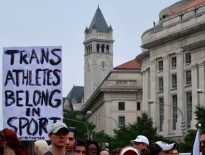 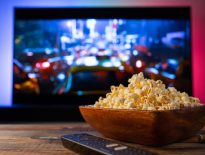 Homepage The 5 Best Movies About Sports
0