At the weekend, the Seahawks wide receiver DK Metcalf ran in the 100m race to qualify for the Tokyo Olympic Games. Unfortunately, he won’t be heading to Japan.

Despite finishing ninth out of nine in the race, it’s safe to say that DK Metcalf is a freak athlete. At 6’4”, and 235 lbs, the NFL star ran an incredible 100m race time of 10.37s. Overall, Metcalf was 15th out of the pool of 17 at the USA Track and Field Golden Games and Distance Open.

So, it looks like DK will be sticking to the NFL for now. However, let’s not take anything away from the sheer athleticism of the wide receiver, with an incredible 100m time – one that most track athletes would be happy with.

In the NFL Combine, before the Draft event, Metcalf showed off his athleticism – which adds even more surprise to everyone that the receiver wasn’t picked until late in the second round. The Mississippi receiver ran an extraordinary 4.33s 40m dash. To put that in perspective, Metcalf was the fastest of any NFL player weighing 225+ lbs to do so since 2003.

If that wasn’t enough to show off Metcalf’s power, then the rest of his combine stats definitely are. A 40.5 inch vertical jump and 27 bench press reps were outstanding in comparison to the rest of the Draft class. Metcalf managed more reps than 32 of the 47 offensive lineman who took part in the combine on the same day. He is that strong. 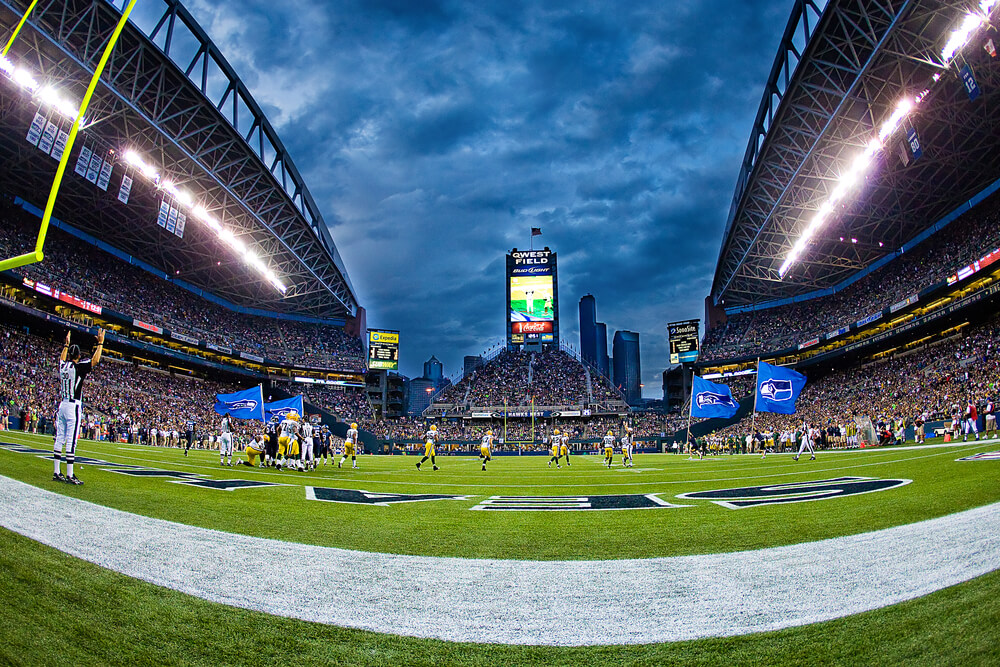 At the weekend, the USA Track and Field Golden Games took place – the last stage before the final qualifiers for the Olympic Games. Filled with USA’s best track and field athletes, many events were held to determine who will progress to the final qualifiers.

DK Metcalf finished last in the second heat of the men’s 100m, which meant he failed to advance to the final that took place later that day. However, Metcalf was proud (and so he should be) of himself for taking part.

In an interview after the race, Metcalf said: “To test my speed up against world class athletes…just having the opportunity to run against these guys was a blessing. They do this for a living. This is very different from football speed”.

You can watch the very impressive run from DK Metcalf in the second heat 100m race right here:

The track and field event at the weekend is not the first time we have seen Metcalf’s speed and power on display. DK always seems to give the league’s best cornerbacks major problems in the matchups. As well as numerous TDs in his first two seasons down to his sheer speed, his strength and power for blocking downfield is a huge benefit to the Seahawks offense.

Who remembers the incredible chase from Metcalf in the Seahawks game against divisional rivals, the Arizona Cardinals? Cornerback Budda Baker was sure to have a pick-six in this situation, in a run almost 99 yards. However, Metcalf stepped up, clawing back a 10-yard advantage to tackle Baker before the goal line. Watch it here: