NFL players have been casting their votes to find who is the best in the league, heading into the 2021 season. With just less than a month to go until the NFL kicks off once again, here’s who makes the first half of the top 100.

The top 100 starts with arguably the Jaguars’ best player of last year, rookie James Robinson, who impressed in his first season. The only full back on the list is also here, with the 49ers FB Kyle Juszczyk at no.97.

Here, we have a trio of Super Bowl winners, with Wirfs, Barrett & Godwin all making the top 100. The first QB in the list also appears at no. 83 with Ryan Tannehill. There’s also plenty of NFC names included here, with star corner Marshon Lattimore & the Giants’ Leonard Williams.

Despite only seeing the 80-71 list, there are plenty of NFL stars here. One in particular is one of the league’s best wide receivers, Michael Thomas, who unfortunately missed a large portion of last season due to injury. Browns QB Baker Mayfield is placed at no.71, leading Cleveland to the playoffs for the first time in 18 years.

The first running back in the list is at no.68, with the Raiders’ Josh Jacobs having an impressive season. There’s a number of defensive talents here, including 2020 defensive rookie of the year Chase Young, as well as Fletcher Cox, and one of the best of his generation, JJ Watt. Will Watt succeed in Arizona? Watch this space.

A trio of LA Chargers athletes here, all of whom had a surprisingly impressive season in the AFC West. Justin Herbert is joined by fellow rookie Justin Jefferson, who was a major influence in the Vikings offense in his first year in the NFL.

Plenty of football veterans here, including Super Bowl winner Mike Evans. Stephon Gilmore, Cameron Jordan & Justin Simmons all put in brilliant performances across the season on defense. Both Christian McCaffrey and George Kittle could have been higher in this list, but both missed out on the majority of the season due to injuries. 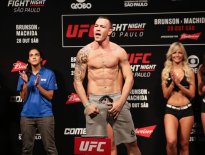 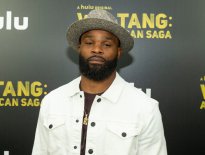