Tonight – football is back! It’s what football fans have been waiting months for, and the time has finally arrived. Tonight, we’ll have a highly-anticipated clash as the Buccaneers play the Cowboys in an NFC battle.

Football fans from all over have waited since February 8 (the day after last year’s Super Bowl) to finally sit down and watch some competitive NFL action – that time is now! It’s been seven months without football, but this week, all of that changes! Here’s what to look out for in week 1.

The season kicks off tonight with what should be an extremely entertaining matchup, with the reigning, defending Super Bowl champions, the Tampa Bay Buccaneers, hosting the Dallas Cowboys. It’s an extremely tough test for the Cowboys, facing last season’s champions.

Brady is back, it could be his final year in the NFL – after 22 incredible seasons – and there’s no doubt that he’s looking to add a ring to his collection. The Bucs have held on to most of their Super Bowl winning roster, and will want to continue where they left off in the opening game of the season.

Yes, we’ll have a glimpse of what’s to come tonight on TNF, but Sunday will really hammer home the fact that football is back! A regular season NFL Sunday is certainly eagerly-awaited by fans from all over the world, and this weekend we will have the majority of the week 1 games!

There’s plenty of exciting matchups and games to keep an eye on in the early kick-offs on Sunday, and the entertainment won’t stop for around seven hours! NFL Redzone will also be on hand to cover each and every game as it happens, in seven hours of uninterrupted football – what more do you need?

The season is about to kick off, but that doesn’t mean we can’t be excited for the playoffs! Every franchise in the league will have the playoffs in their mind, and their campaign kicks off this weekend!

The Wild Card round will start on January 15 of next year – a date that will come round rather quickly. Each team will play an extra, 17th game in the regular season, and then it’s on to the playoffs for those seven of each conference!

Looking to place a bet or two on any of the upcoming NFL action? As you may be aware, the majority of US bookmakers will be offering an extensive selection of NFL markets for each and every game of the season! Check out our bookmaker reviews to find the perfect bookie for you!

As well as all of that, CaptainGambling.com will be bringing you WEEKLY NFL betting tips to take advantage of. We wouldn’t be very good if we didn’t cover the first week, so go check them out! For Thursday Night Football, you can find our Dallas Cowboys @ Tampa Bay Buccaneers betting tip right here! 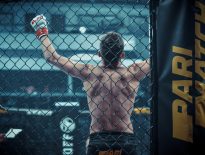 Homepage UFC | 5 Comeback Fights For For Darren Till 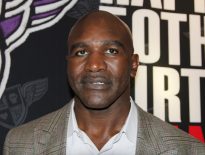