This Sunday, we have an extremely exciting AFC West matchup, as the Los Angeles Chargers travel to Arrowhead to take on the Kansas City Chiefs. Heading into week 3 of the new season, both franchises are 1-1 on the season, and are both projected to be in the playoffs come the end of the regular season.

During the opening weekend, the Chiefs hosted the Browns in what was an interesting matchup. Kansas City managed to surge a comeback in the second half of their first game, after trailing 22-10 at the half. However, with franchise QB Patrick Mahomes leading the way, the Chiefs came away victorious, winning 33-29. However, in a nail-biting week 2 encounter, on Sunday Night Football, the Chiefs came up short against the AFC North’s Baltimore Ravens. Kansas City lost 36-35, with the defense not able to cope with Lamar Jackson. Now, the Chiefs will be looking to bounce back in their first division game of the season.

Against an extremely talented Washington defense, the Los Angeles Chargers impressed many in the opening weekend, coming away from Maryland with a 20-16 win. Justin Herbert started his sophomore year in the NFL with 31/47 completed passes, for a total of 337 yards. The wide receiver corps also played their part in a big win to start the new season. However, in their latest game, Los Angeles lost their first game at home, as the Dallas Cowboys defeated the Chargers 20-17. Now, off the back of their loss, they travel to Kansas to face the 2020 AFC Champions in a very tough test.

Of course, the first name that springs to mind is Patrick Mahomes, arguably the best player in the NFL today. With that said, we are looking more at the connection between him and Chiefs’ receiver Tyreek Hill. The Chiefs’ #10 recorded 201 all-purpose yards against Cleveland – a playoff franchise. Admittedly, Hill was shut down against the Ravens, only managing 14 reception yards & 15 rushing. However, we think he may be the receiver to watch this Sunday against the Chargers.

The same could also be said for 2020 Offensive Rookie of the Year in Justin Herbert, who has started to develop relationships with his highly-talented receiver corps, including Mike Williams and Keenan Allen. This could be a tough matchup for the Chiefs secondary, who will have to take into account more than one receiver on Sunday.

Despite our prediction that this upcoming matchup will be very, very interesting, it’s hard to look past anything other than a victory for the Kansas City Chiefs. Ultimately, there’s a reason why they’re the team to beat in the AFC.

If you’re looking for any NFL betting tips for this one – you’re in the right place. Using bet365’s Parlay Builder feature, you can combine player passing yards for improved odds! So, for Mahomes to pass over 310.5 yards & Herbert to pass over 296.5 yards, you can get odds at +250! Take advantage of bet365 today!

Chargers @ Chiefs - How to Watch

The Los Angeles Chargers @ Kansas City Chiefs matchup kicks off at 1pm EST, and those in the US have a couple of different options to watch the game live. The game will be shown live on CBS & the NFL Network. You can also purchase the NFL Game Pass to watch the AFC West matchup. New Game Pass customers can get a free seven day free trial – make the most of it! 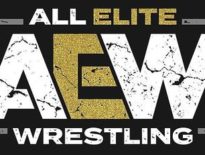 Homepage Who Could Be The Inaugural AEW TBS Champion? 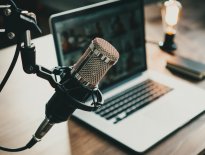 Homepage Episode One of the Sports Fan Journal Podcast Has …
0