It happens every off season when teams try to reinvigorate themselves by installing new talent. But what often gets forgotten during this transitional period is how NFL locker rooms can succeed with small moves, rather than huge signings...

Here we’ve listed some switcheroos that might not make much headlines, but that our experts couldn’t have predicted with a crystal ball.

Ryan has never been allowed to stay in one place for very long, most probably due to his rather odd blend of skills and weaknesses. See, Fitz tends to work for about 2 months before the wheels fall off, and opponents figure out the new wrinkles in his game. And let's be honest, despite his high I.Q. Fitzpatrick has never been known to be an outstanding athlete... but consistent aggressiveness in the pocket and excellent decisions-making has kept this Harvard grad's career alive in the NFL for far longer than anyone could have predicted. I originally predicted Philadelphia as a possible destination, because his style of play works well with a strong supporting cast (plus, the Eagles' offensive line is way better than Miami's) but Ron Rivera beat them to the punch.

Harris has been one of the most elite safeties in pro football, and has steadily earned more and more respect (and playing time!) in Minnesota since his celebrated arrival. He looked great in 2019 and, even though last year saw the Vikings' defense regress as a whole, there's nothing to suggest Anthony won't be right back in the thick of things once next year's season comes around. Operating as a free safety in Mike Zimmer’s defense, this defensive maverick has shown time and time again that his coverage skills are second to none, and can change the course of a game with a single play. Just throw on some tape from one of his pro-bowl seasons and you'll see him read receiver routes in real time, while adjusting his position to match the quarterback's eyes. That's a recipe for success.

Will Fuller the 5th, WR for the Miami Dolphins:

As the late, great Al Davis always said "speed kills" but for players like Fuller, who might not have the softest hands, greatest vision or overwhelming physicality, speed also keeps him employed. When facing someone like him defenses are always forced to protect against deep bombs on every single play, which opens up everything underneath for his new teammates. Now admittedly, Fuller has had some struggles, failing to reach even 1,000 receiving yards in a season so far (not to mention the injury history that has plagued his career) but he's still young and offers an intriguing weapon to a team that didn’t really have a speedster yet. Plus, he'll get to burn Belichick and the Pats twice a year... which must feel pretty good for an ex-Texan (Anyone remember those goofy letterman jackets? Anyone?)

Joey has yet to miss a game during his career, despite already playing 5 years at one of the game's most difficult positions, while showing constant improvement. Originally used as an OT in college, he then shifted to LG in New England and excelled in their crafty, run-based scheme. Now I know Andy Reid hates running the football (and who can blame him, with Mahomes balling out on a regular basis) but as it turns out, Thuney also rounded out his skills to become a premier pass protector. By correcting some of the previous weaknesses in his game, he was then able to land in KC and join a system that could very well take him to next year's Superbowl. Plus, we all know Mahomes needs some better protection

After crashing out of Tampa Bay and spending last season as a backup, Winston still has starter potential. Unfortunately, his wild style makes it hard to expect anything more than what we came to know during his tenure as the Bucs' passer: a brilliant but reckless thrower, who loses games because of incomprehensible mistakes... only to then win a few with miracle passes. Do I think he'll find any success in the Big Easy? Probably not, especially considering that he's in the same division as his former team, which means the Bucs weren't scared of facing him after his departure.

Pretty damning assessment if you ask me, but only time will tell... 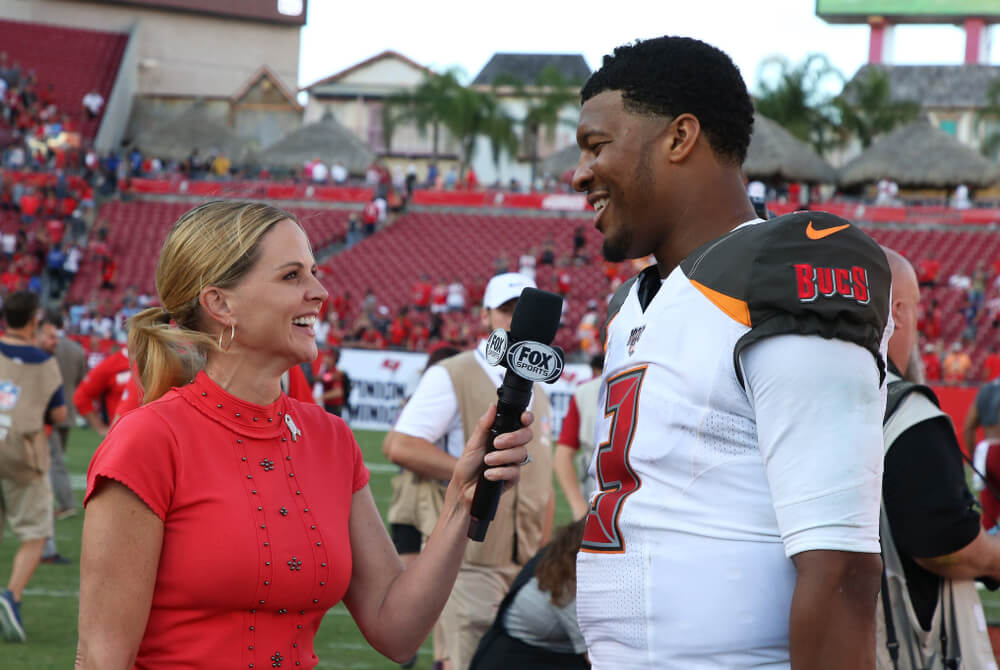