Usually when the Super Bowl rolls around in February of each year, all of the hype is focussed on the game itself, and who will come out on top – not in 2021. The Bucs and Chiefs are naturally grabbing the majority of the headlines of course, however, there’s another contest that’s taking a share of the limelight here – the Super Bowl organizers vs Covid-19.

At center stage, the football being played on the field will look very familiar to what we’re used to, however, everything surrounding the event – both inside the stadium itself and for the fans at home, will look staggeringly different. The NFL and all other parties involved with the organization of the Super Bowl have ramped up their attack and defense on the virus, with the ultimate goal of delivering a Super Bowl that’s as close to normal as it possibly can be.

Since both the Bucs and the Chiefs qualified for the Super Bowl on January 24, player and backroom staff testing has been ramped up massively. Those involved directly with the two teams have been tested twice daily for Covid-19 since January 24 – which is more than any other elite sports players in the world. To compare, Premier League soccer players in England, who play two games per week, are only tested twice weekly.

Any player or staff member who returns a positive test must isolate away from their teammates for a ten day period. Thus far, neither the Bucs nor the Chiefs have returned a positive test for the last three weeks – keep it up guys, just a few short days to go! The Chiefs were dealt a slight blow on Monday though as receiver Demarcus Robinson and center Daniel Kilgore were in close contact with a positive case, and have had to isolate as a result. However, the close-contact isolation period is only five days, provided the players don’t return positive tests themselves, so the pair should be released in time to play on Sunday with two days to spare.

Less Fans to Attend the Game

Ordinarily, we’d be looking at a capacity crowd of over 65,000 inside the Raymond James Stadium, with some fans forking out as much as $10,000 a ticket. Things will look very different this time around, with just 25,000 fans being allowed into the stadium. On a kinder note here though, instead of the majority of tickets going to the highest bidders, 7,500 have been donated to vaccinated health works, who have been the true American heroes since the Pandemic gripped the country last March.

The NFL has updated its ticket policy as well, to encourage any fans with Covid-19 symptoms to donate their ticket and stay away from the game. However the NFL has also inserted a clause waiving its own responsibility for any Covid-carrying fans who make their way into the Raymond James Stadium on Sunday. The occasion will undoubtedly lack some of the grandeur with the game being played in front of the smallest crowd in Super Bowl history, however we should just count ourselves lucky that fans can be in attendance at all. All elite sports in Europe are currently being played behind closed doors and Sunday’s WWE Royal Rumble was held at an empty Tropicana Field.

Can We Pull it Off Without Spreading the Virus at Home?

The December spike in Covid-19 cases and deaths was attributed to family gatherings over the Thanksgiving Holiday season, with Christmas delivering more of the same. Therefore the worry won’t be about spreading the virus between those at the game and in the stadium – the organizers have taken huge measures there to cover all possible bases, as we’ve just read. But what the NFL can’t stop is the beer and snack fuelled Super Bowl parties and gatherings in American homes from sea to shining sea. Therefore a certain amount of responsibility lies with the sensibility of the American people and strong messaging from our new government.

Come on America, let’s pull together, stay safe and kick Covid-19 in the ass this Super Bowl Sunday! 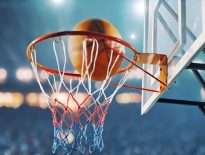 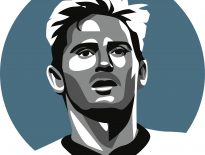