If there’s one thing we lay awake at night thinking about, it’s how a hypothetical stint in the NBA would have gone for some of sports greatest stars - we know, you too constantly ponder this possibility.

The age-old question is: how would, say, Tiger Woods fare playing as a Lakers centre? Well, you’ll never know, because he doesn’t make this list. As much as we love Tiger, he just doesn’t have the right attributes to be sinking baskets every week, but here are 5 sporting legends from across the world that definitely (100%, no debate necessary) do. 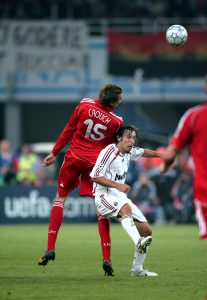 “Who the-”, we hear you say. Well, Peter Crouch is one of the tallest soccer players ever to grace the British Premier League. At 6ft7, we reckon that’s definitely in the bounds of being a proper NBA player, so if he could resist the urge to instinctively backflip kick every centre toss, he’d definitely have a chance. 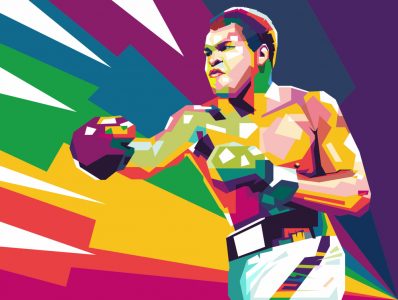 For starters, you’d have to be an actual court jester to challenge Muhammed Ali in any kind of physical contest - have you not seen how easily he beat up grown men? It’s almost as if it was his job…

Goes without saying he’s hard as nails, but he was also exceptional at the other half of professional sports - trash talking. Possibly the only thing more important than being physically fit is being mentally fit, and it’s blatantly obvious that if Muhammed Ali was on the court he’d have made Michael Jordan look and feel like a girl scout on a… well, a girl scout on a basketball court. 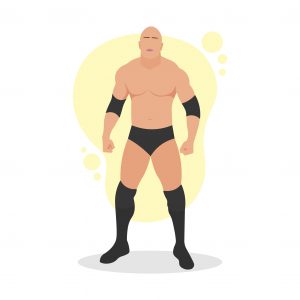 This guy is a little like Peter Crouch and Muhammed Ali rolled into one. He’s a 7ft tall UFC fighter, making him the tallest dude in UFC history, hard as nails and prime pick for NBA teams looking for a gimmick.

Look, this guy could Eskimo kiss the Statue of Liberty with no assistance, so we’re almost certain he’d simply stride over to the other side of the court in seconds and drop the ball through the hoop. The only defence we can think of is putting all your players on stilts - imagine the carnage. 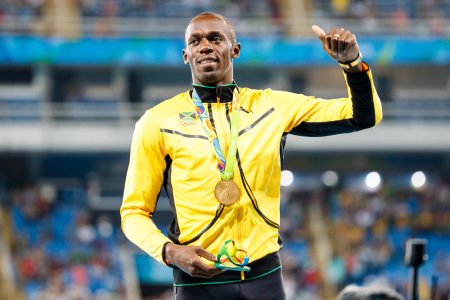 Is it a bird? Is it a plane? No, it’s just a green and yellow blur, and it appears to have stolen the ball. Usain Bolt is rapido, no question about it, and this inhuman speed (we heard he even beat Jerry Seinfeld in a race once) would almost definitely propel him to NBA glory.

How do you steal the ball off someone you can’t even see? The answer is that you don’t - you just sit back and enjoy watching the fastest man in history conquer every professional sport by zooming around like The Flash.

Coz when you’re not winning every other Super Bowl, why not just switch sports and totally take over? Don’t tell Brady that it isn’t possible - the man eats impossible odds for breakfast, and he’s always ravenous.

Aside from his sheer force of will, the guy has an arm like a Howitzer. There is no conceivable basketball court long enough to stop old Tom from launching the ball from one end to the other in one go - the dude would be an absolute 3-point machine, and anyone who says otherwise either hates Tom Brady or actually understands basketball.