So Frank Lampard got fired by Chelsea last week – so what, right? That’s old news now, Roman Abramovich has been pulling off that kinda BS since the early 00s – and it’s worked for him too!

It’s time to move on though, to look to Frank’s future – which we’re sure is right here in the warm embrace of good ol’ Uncle Sam. That’s right, you heard it here first at TSFJ – Frank Lampard is coming to the MLS!*

*Disclaimer: This is our speculation and not an exclusive!

What makes us so sure? Let’s take a look at our 5 reasons why Frank Lampard is on his way to the MLS:

1. He’s Been Here Before

Where did Frank Lampard finish off his playing career? Drum roll please….in the God Damn MLS of course! After clowning around in the Premier League four almost two decades (soccer in England…what?!), Frank finally saw the light and saw out his career at New York City FC – and you can bet your bottom dollar he’s dying to come back. He was on the freezing East Coast as well – do you really think he could resist the California sunshine this time around?

OK, you get the picture – the guy can only speak English, just like the rest of the Anglophone world. Why’s that important? We might spell ‘realize’ with a ‘z’ and leave the ‘u’ out of ‘color’, but basically, we speak the same language as those damn Brits. Sure, Frank would maybe love the idea of testing himself in La Liga, but if he can’t Habla Español con suas jugadores, that’s like, no bueño bro!

3. He loves Chelsea too damn much

The guy’s a fricken legend in London, none of the fans wanted him gone. Frank loves Chelsea and Chelsea loves Frank. Why does that tell us he’s coming to the MLS you ask? Well he won’t want to manage another Premier League team and have to face his beloved Chelsea will he? He already tried that as a loan player for Manchester City. To refresh your memory, he came on as a sub for City against Chelsea and scored – and it nearly killed him inside, you could see it on his sad, sorry face. No way he wants to repeat that again!

4. He’s gotta at least side step

“But he managed Derby, won’t he just go back to the Championship?”

Heck no bro, that’s a step down – and ain’t no body got time for that! He news to side step at the very least, from top tier to top tier, and we’ve already established that he can’t speak any fancy European languages. So what choice does he have other than the MLS? Scotland? Ya’ll even seen how much it rains there? Is he gonna go from wet London, to even wetter Glasgow? Or sunny California? Come on, let’s be logical here!

5. He can’t bare to see Mason Mount with his new Daddy

There’s been no secret made about Mason Mount and Frank Lampard’s father-son relationship. Well the divorce papers ave already been signed and the new stepdad has already moved in. Frank must be hurtin’ real bad – but outta site, outta mind Frank, so best book your flight (Covid-19 protocol depending of course!)

5 Reasons Why We Know Lampard is Coming to the MLS 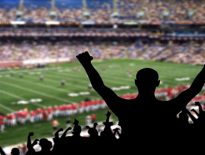 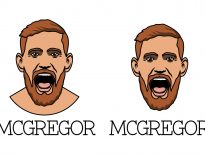 MMA 5 things We Learned from that McGregor Defeat
0