With the ongoing coronavirus pandemic, professional leagues and collegiate athletics have been either postponed or canceled, leaving many fans wondering if and when they will get to see their favorite players and teams compete. While many teams have halted in-person operations, that has not stopped countless teams and conferences from making their impact felt within the cities and states that they call home. Being an integral part of a city and community is something installed within the core values of many professional and collegiate teams and its players.

Whether it is the NBA Cares movement, that sees players and staff interact with and help the less fortunate within a team’s market, the NFL Foundation that has donated more than $370 million to numerous charities around the country, or numerous collegiate programs that have gone to volunteer at soup kitchens or help build playgrounds for children in underserved communities, the ability to give back to those who need the most support financially or socially, especially during these trying times, has been a common ground for teams and leagues since before the early stages of coronavirus. Over the course of the last four months, many teams, leagues and organizations have looked towards helping those who have been severely affected by the outbreak.

Let’s take a look at a few examples of how teams have impacted their communities off the field and court during one of the most catastrophic moments in America’s history.

One of the first organizations that created a contingency plan for its employees was the six-time NBA Champion Golden State Warriors, whose front office dedicated $1 million dollars to over 1,000 part-time arena staff and employees that were said to cover the pay for the remaining seven home games. Many of the arena workers do have other part-time jobs, however, the additional part-time work does provide the employees with an opportunity to make extra money while working games and events that thousands of fans attend night in and night out. Following suit of the Warriors plan, other NBA teams including the Dallas Mavericks, Atlanta Hawks and Cleveland Cavaliers announced that their part-time employees would be compensated for games that were postponed or canceled due to coronavirus.

In an effort to help the city that they call home, Philadelphia Eagles tight end Zach Ertz and Chicago Red Stars captain Julie Ertz pledged to donate $100,000 through their foundation, The Ertz Family Foundation, to a Philadelphia based food bank and nonprofit called Philabundance. The mission of Philabundance is to provide food and supplies for those of the greater Philadelphia area directly affected by the COVID-19 pandemic. As mentioned in an interview with NBC Sports Philadelphia, Zach Ertz said that their mission and hope with the generous donation is that others who can, will help. “By partnering with Philabundance we believe we can attack these issues head-on,” said Ertz. “We’ll partner with one of the great non-profit organizations in our city to make a difference.” With their pledge, The Ertz Family Foundation will be able to serve 100,000 meals families in need of food.

One of the largest sums of money given by a single player to the city or state that either they grew up in or that they currently reside in was 13-time Pro Bowler and the NFL’s all-time leader in passing yards and touchdowns Saints Quarterback Drew Brees. Brees and his wife Brittany donated a staggering $5 million dollars to the state of Louisiana to help provide essentials to the people of New Orleans and Louisiana. Portions of the donation have gone to local businesses as well as national food chains to alleviate troubles the people of Louisiana might have in trying to find food and resources. The generous donation from the Brees Family is said to provide roughly 10,000 meals a day to the people of Louisiana and will continue to do so until the pandemic is over. Brees was also a part of the New Orleans Saints when the devastating Hurricane Katrina hit in August of 2005 and donated $200,000 to the city of New Orleans as well as helped furnish and rebuild homes in the New Orleans area to help those drastically affected by the natural disaster.

There are countless other examples of leagues, conferences and players that have positively impacted the states and cities that they call home. Many athletes and teams are calling upon those who are more fortunate than others and asking for those who are able to make an impact, to do so. People within the world of sports believe that if all parties that are hit negatively can receive the proper resources and necessities from others, then the closer the world can get to see live sports once again.

One Reply to “The Give Back: How Teams And Players Are Impacting Communities Off The Field While Fighting COVID-19”

The Give Back: How Teams And Players Are Impacting Communities Off The Field While Fighting COVID-19 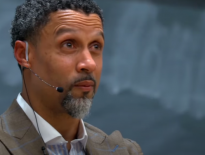