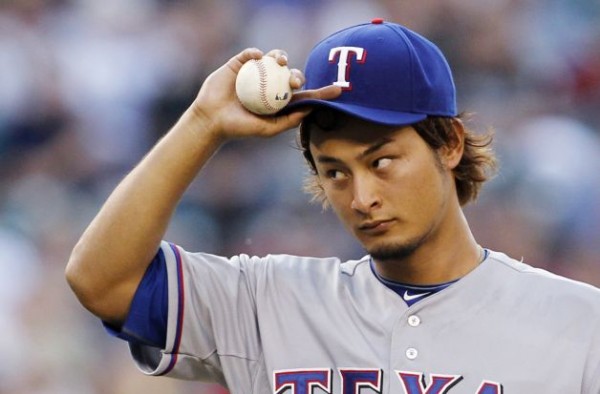 There’s been a lot of stories to be had this season, but what’s really ran the course of the season is the youth movement that’s being served. Yet another highlight of it was served when the Chicago Cubs made a long-term deal with Starlin Castro, putting away the 22-year-old until nearly his 30th birthday last week. That follows on the heels of the rise of the Washington Nationals, Oakland A’s and Pittsburgh Pirates, all pushed by young pace-setters that have shook up the establishment in both leagues this year.

However, when it’s broken down, who really are the best of the best when it comes to baseball’s precocious youngsters? While previous early bloomers such as Ryan Braun, Robinson Cano, Miguel Cabrera, Joey Votto and Justin Verlander are moving out of the youth movement stage and into perennial standard bearers, the more recently debuted ballplayers are arguably making the biggest impact of any age group across the game. So in my most recent leap of ranking-based faith, here are the 25 best players 25 years or younger in the game today.

Before we get started, here's a few guys just claimed by their 26th year but who would’ve definitely found a spot on this list a year ago: Felix Hernandez, Mark Trumbo, Yoenis Cespedes, Yu Darvish, Evan Longoria, Todd Frazier, Gio Gonzalez and Jordan Zimmermann. 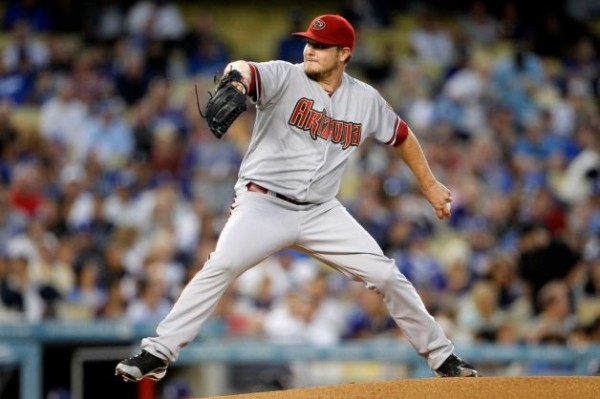 25. Brett Anderson (24): There’s a reason he’s still been consistently considered the ace of the A’s despite missing most of the last two years. When he’s out there, he’s as good as it gets, as the one run surrendered in his first 20 innings back healthy shows. He has won all three starts since his return.

24. Mike Moustakas (23): The raw power of the Moose is clear, and he’s still figuring it all out. He’s come back from a light rookie year with 19 homers headed into the last month of the year for Kansas City.

23. Austin Jackson (25): The perfect centerfielder for the enormous outer territory of Comerica Field, Jackson has the highest average on balls hit in play over the last three years (.374) playing for the Detroit Tigers.

22. Alcides Escobar (25): It’s easy to not be noticed at being the best at something when you play in Kansas City, but Escobar has a rightful claim to the title of best glovesman at shortstop in baseball.

21. Wade Miley (25): The Diamondbacks' surprise rookie lefty hurler has gone from last pitcher to make the rotation to being an All-Star and 20-win candidate in a few months. 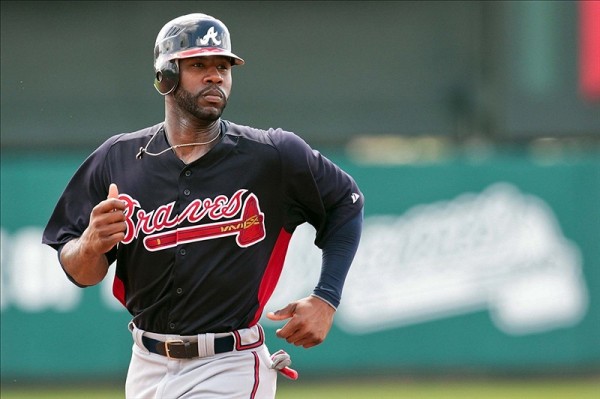 19. Jeremy Hellickson (25): Last year’s AL Rookie of the Year doesn’t have a ton of wins, but still has nasty stuff that will let him pitch for a long time, which his 3.18 career ERA for the Rays is a preview of.

17. Anthony Rizzo (23): He’s been everything he was billed as being as the Red Sox's, Padres' and Cubs' top prospect over the last two years. After being traded for all the right reasons over the past two years, he’s finally settled in one place, where he’ll stay for awhile: third in the Cubs’ lineup.

16. Jason Heyward (23): In year three, his average is up over 50 points, and he’s pushed his homer total up 10 from a year ago. What’s more: The Brave has just as many home runs and doubles as the much more heralded Andrew McCutchen. 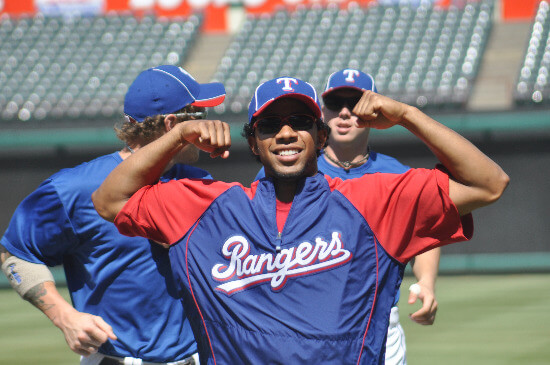 15. Starlin Castro (22): He became the youngest player to ever lead the Majors in hits last year, and made his second All-Star game this year for the Cubs.

14. Bryce Harper (19): What more can be said about the Nationals' prodigy? He’s shown he belongs (youngest All-Star ever) and is one of the best teenagers in MLB history already. There’s nothing he can’t do, and at this point it’s about seeing how high he can push his roof.

13. Justin Upton (25): There’s no other .277 hitter with 11 homers that makes GMs consider blowing their teams apart quicker than Upton does when he’s rumored to be on the trade market for Arizona, for good reason.

12. Matt Moore (23): While the expectations of him entering the league and being an instant Cy Young candidate were way overplayed, he’s still averaging nine strikeouts per nine innings over his first year and a half in Tampa Bay. Best is yet to come.

11. Elvis Andrus (24): He broke in as a full-time starter at age 20, and has ever failed to deliver 30 steals and amazing range at shortstop for Texas. Now he’s become a .300 hitter with a third trip to the World Series within his sights as well already. Sound familiar?

10. Chris Sale (23): Reliever to starter? Mission accomplished. He’s led the White Sox back to prominence in the AL Central and has been the frontline starter the South Siders need now (15-5, 2.81 ERA) and in the future.

9. Giancarlo Stanton (22): Let’s make this simple: the ex-Mike is off to a good start. The only two players that have hit more homers before turning 22 than Stanton are Ken Griffey Jr. and A-Rod. In his third year, Giancarlo has hit more long balls than either of them playing for the Marlins.

8. Aroldis Chapman (24): It’s not fair to throw 105, but that’s nothing new here. What is new is him exorcising his inner Nuke LaRue, and putting it over the plate. The outcome has been a disgusting 113 strikeouts in 64 innings for Cincinnati.

7. Jay Bruce (25): He’s the best defensive right fielder in the game, and he’s never had a season where he didn’t at least hit 20 homers. The most underrated player 25 and under, and perhaps in the game as a whole, plays for the Reds.

6. Stephen Strasburg (24): None of the hoopla about shutting him down would be a big deal if not for what he’s doing. He has 50 more strikeouts than innings pitched in his career to go with a 67% career win percentage. Stras, Washington will miss you … for now. 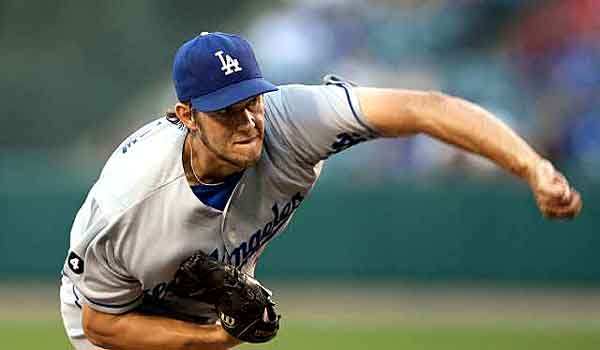 5. Craig Kimbrel (24): Saved 79 games the first two years of his career in a dominating fashion: 253 k’s total, while blowing only two chances this year with batters are only hitting .117 against him. Best in the world at what he does for Atlanta.

4. Andrew McCutchen (25): He’s become the savior of the lost Pirate ship, hitting over .340 while leading the NL in hits and runs this year. He’s got speed to burn on both the bases and in the field, and will finish as the legitimate batting champ in the NL.

3. Buster Posey (25): No player makes a bigger difference for his team than Posey does. He pushed San Francisco to a World Series win as a rook, and then his absence pulled the Giants from playoff contention last year. Now he’s returned as the best hitting catcher in baseball.

2. Mike Trout (21): Is this an upset that he’s not #1? Well, the AL MVP Award he could very well be on route to landing will be a decent consolation prize. Trout is a revolutionary talent and the biggest spark in the game every night, recently becoming the first rookie to ever hit 25 homers and steal 40 bases as well. Add in the batting title he’s on pace to take and you’ve got as rare of a package as ever produced so early.

1. Clayton Kershaw (24): But when it comes to elite young talent, the 2011 Cy Young winner is still the cream of the crop. The ultimate value commodity on the mound, a left-hander with an mid 90’s fastball and a plethora of other out pitches. He became the youngest pitcher to win the pitching Triple Crown last year, and has never had an ERA over 3.00 in any of his four full seasons. What’s more is that he’s the absolute best left-handed pitcher in the game since Randy Johnson’s hey-day. And he’s got a whole year to go before he’s even 25.