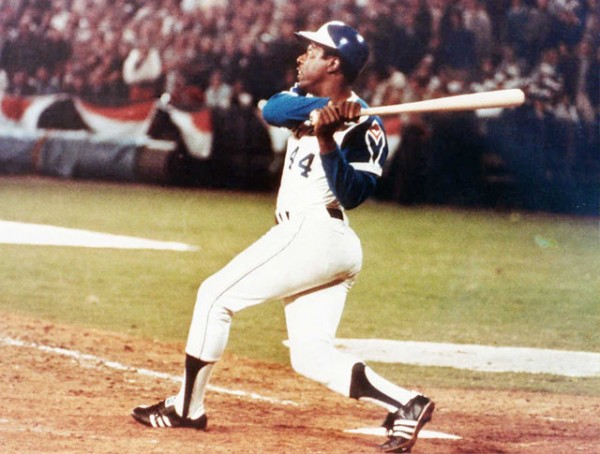 Major League Baseball’s All-Star week is upon us again, and with it comes the greatest skill exhibition in pro sports as well, the Home Run Derby. The annual gathering of each league’s best at attacking the boundaries set by outfield walls displays some of the most awe-inspiring moments of the season. In a few hours, Robinson Cano will look to keep Matt Kemp, Jose Bautista and Price Fielder, among others, off his heels as he looks to defend his title from last summer. While that’s no group to sneeze at, it could get a whole deeper if a few more contestants were made available.

Now it may take a trip that only a DeLorean and Michael J. Fox can deliver to make it happen, but consider what a Home Run Derby would look like with EVERYBODY that ever made the long ball his business? Who would you want to see take their hacks against each other? More than that, who would be the last man standing? Today, we’re taking our hacks at settling at least half of that debate by proposing a few of the many candidates that would make the Ultimate, All-Time Home Run Derby an event to remember.

So what we did here today is got the debate started early, with some picks from myself, followed by the rest of the good folks here at TSFJ. Take a look at the case for each, and cast a vote on who’s got the best chance of taking the all-time crown below. And if you don’t see the best horse for the race, submit your own candidate for the crown. There’s no shortage of candidates qualified for the title. 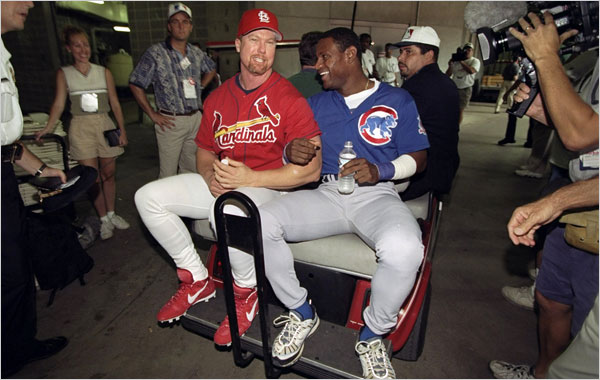 Mac turned games into derbies. He hit 50+ over the fence for four straight years, and over his career knocked out one every 10.6 at-bats, the best mark ever. But what’s more when Big Mac is brought up is the style he did it with. He didn’t do cheap shots; he cleared entire levels of stadiums as easily as other guys hit singles into left field. His 16-shot destruction of the streets behind the Green Monster in Boston in 1999 showed he did distance and volume like few others ever could. - CSP

The Derby is the sport’s biggest spectacle, so why not include its greatest showman with the long ball? Reggie hit some legit boomers, and he usually saved them all for the biggest moments of all. There’s guys that hit them more often than Reggie, a few that hit them further, but nobody had more flare for delivering them. His love for the spotlight makes him a must here. - CSP 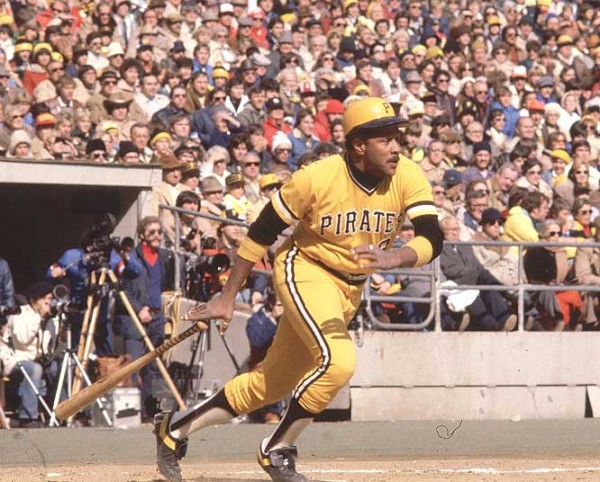 Willie Stargell isn't the greatest home run hitter ever. In fact, he didn't even reach the heralded 500 career mark, which often separates the good home run hitters from the greats. However, by all accounts, Willie Stargell hit his home runs as high and as deep as anyone in the game. In fact, one of my most vivid memories of Philadelphia's Veterans Stadium was seeing the star marked with Willie Stargell's "S" in the Vet, way up in the upper deck in rightfield. Anyone who could hit a ball that far could put on a show in the Derby, and that's the man I'd want to see. – Rev. Paul Revere 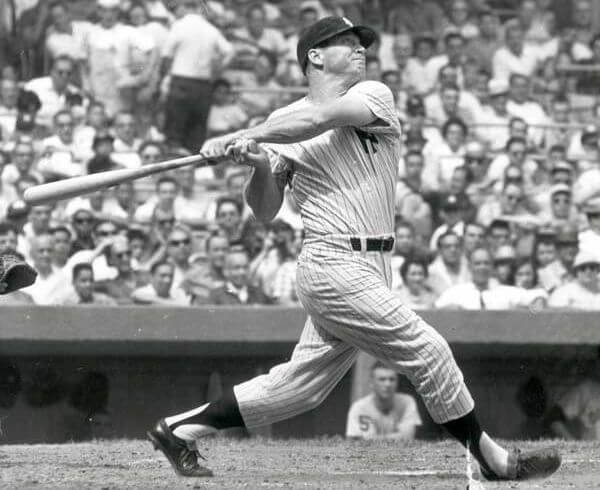 He may have been the most natural ballplayer of all-time, and while his home run swing was just a part of his full spread of talents, it was the most show-stopping one he had. The Mick made it a habit of hitting the ball clear out of the park, literally. While it may be giving in to legend a bit, it is said he hit several shots that left Yankee Stadium completely. Add in the fact he was a switch-hitter as well, and Mantle is a must-see in an all-time Derby. - CSP 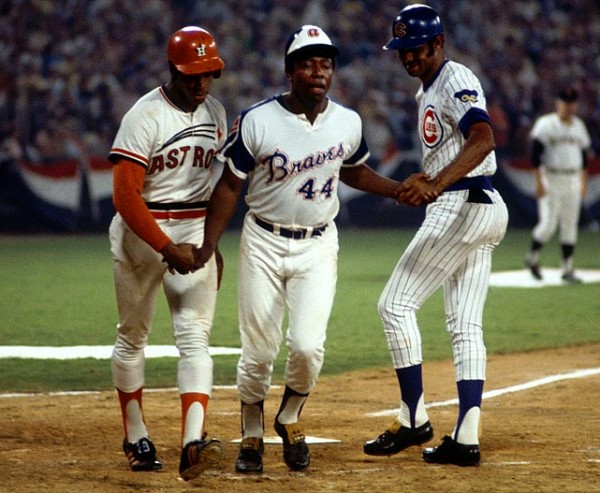 I'm going to go with Hammerin' Hank, out of respect for his consistency and somehow overlooked power (compared to the HR hitters that were just MONSTARS). – Jason Clinkscales

I can remember playing World Series Baseball on the Sega Genesis (all real video game heads are nodding in approval over this game) and playing in the Home Run Derby with everyone on the damn game. For whatever reason though, whenever the computer played with Ripken, he'd always hit like 28 home runs in the contest. Ole cheatin' ass computer.

Ripken seemed like he was cheating in 1991, in the All-Star Game in Toronto. Dude hit 11 home runs at a time when players were mustering up only 4 and 5 for the event. Plus, Toronto wasn't exactly a hitters' park. Ripken makes it on this list because he was the pioneer for athletic  shortstops, and he was one of the first computer athletes that I swore was always cheating. - Syreeta H. 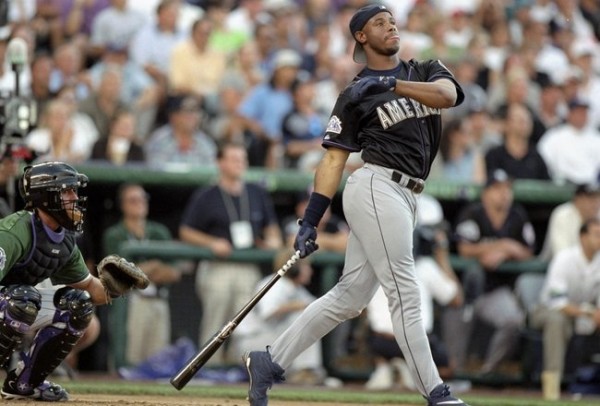 Maybe I'm biased as a native Cincinnatian, but my vote goes to Ken Griffey Jr.

Do I really have to explain?

The smile. The backwards cap. The picture-perfect swing. The 50-plus home run seasons. The 600-plus career home runs. Four million All Star votes per year (before internet voting). The shoes (what baseball player ever had enough mojo to sell shoes?). He was the only home run hitter of the 90's who, how should I put this, did not give in to temptation. Because of Ken Griffey Jr., the argument, "Well, everyone was doing it at that time," doesn't fly.

All those reasons and I didn't even mention that he's one of the five best defensive outfielders in the history of the game. (But I did now)! He saved that franchise. If it weren't for Junior, the Mariners might be in Oklahoma City too. – Dr. Glenn 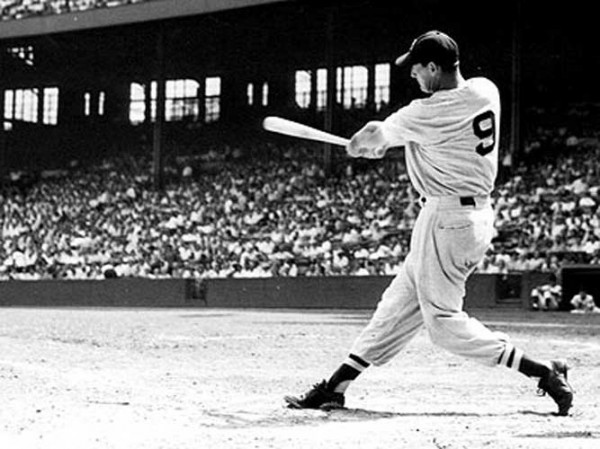 The Splendid Splinter is the most complete hitter of all-time. There was nothing he couldn’t do with a bat seemingly on-demand. This is a guy that still hit 521 homers while missing three straight seasons to World War II and another two in the Korean War. Just based on his seasonal average, he missed another 150 shots over the fence. Nobody loved hitting more than Teddy Ballgame, and while he played long before the first Home Run Derby was thought of, it would be amazing to see him take his swipes in one. - CSP 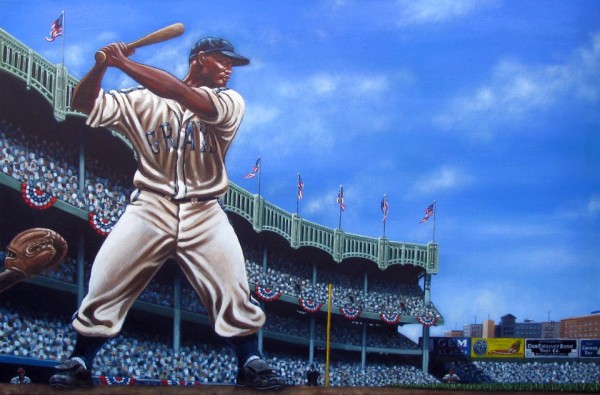 The most polarizing figure in the Negro leagues was a power hitter named Josh Gibson. As a batter Gibson was a freak of nature how he could hit the ball, and his hand-eye coordination was second to none.

A strong and agile catcher at 6' 1", 215 pounds, Gibson was the Negro Leagues' greatest home run hitter and one of the most feared sluggers of any era and in any league. Gibson was dubbed “The Black Babe Ruth” as he hit home runs distances that most could only imagine.

No one knows how many home runs that Gibson hit for sure as records from the Negro league are somewhat skewed, however historians figure it was somewhere around 800. That’s pretty good considering pitchers didn’t have any restrictions in the Negro leagues and used many foreign agents to help get movement on their pitches. – Joe Simmons 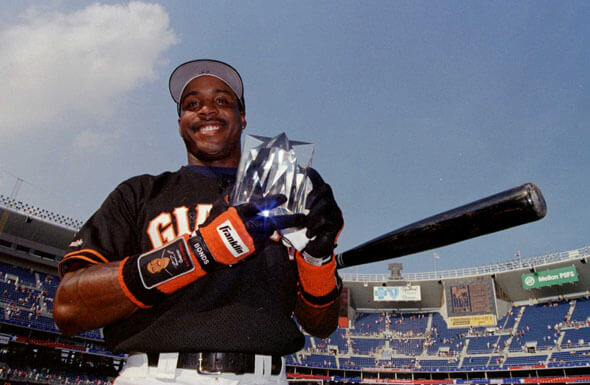 What people fail to realize about Bobby Bonds' son is that Barry took this stuff way too seriously. The man was wearing a dangling cross earring all the time, wearing an egregious chip on his shoulder (because he always felt like he was in the shadows of Griffey, Willie Mays and his daddy) and he was wearing that strained look on his face. Always trying to please us, the fans, whenever he could. Didn't matter how he was off the field; on it, Bonds was everything.

The Home Run Derby was his ultimate chance to show off, and he always came through in the clutch. They say Griffey's swing was tailor-made for the event, but Bonds' ego was the mold that all hitters truly needed. - ETSF

Who did we leave off the list that you'd like to see on here? Who would win this contest? Let us know your thoughts in the comments section, and let the debate begin.