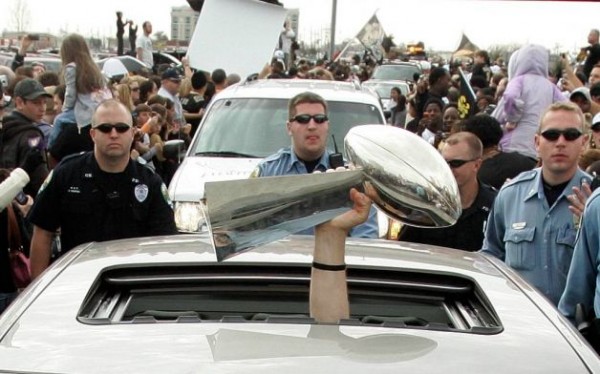 There is a lot of hype about playing in the big game and winning championships, but what many take for granted is that several great players never get a chance to play in the big game, let alone even win one. People criticize players who jump ship or accept lesser roles on more established teams just to get a chance to be a world champion.

The NFL is no different. There are a lot of Hall of Famers who earned rings and many who didn’t. That’s why when you ask a player if he would rather be MVP or World Champion, most people argue the latter.

Sports fans beat up their local heroes for lost championships. Guys like Donovan McNabb, Jim Kelly. and Dan Marino get chastised for never winning the big one, but what is lost is the number of guys who never even played in the big game.

Today I am going to give you the 20 best players never to play in a Super Bowl. 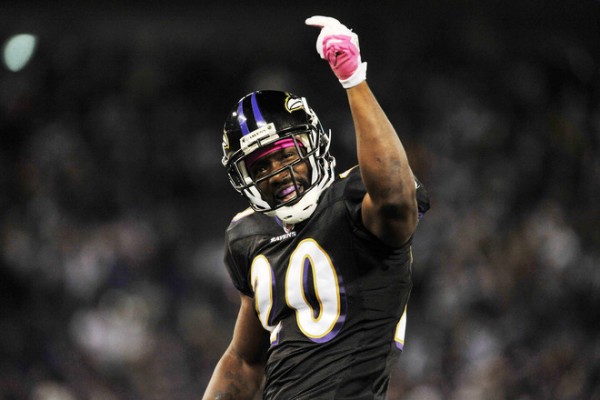 20. Tony Gonzalez – Kansas City Chiefs, Atlanta Falcons – He will probably go down in history as the greatest tight end to ever play the game. However, he has never tasted anything remotely close to the big game. Too bad as the hooper turned NFL star has proven he is as good as it gets at his position.

19. Champ Bailey – Washington Redskins, Denver Broncos – Champ has been the best corner in the league for the majority of his career. He is a lock-down dude, but he has spent a lot of his time on weak teams. Despite how you feel about the Broncos, you have to love what you see when you watch Bailey play the game.

18. Ed Reed – Baltimore Ravens – Reed is arguably the best free safety to play in the modern era. You probably thought he was on that Ravens championship team in 2001, but alas he was still in college. He’s only ranked this low because he still has a chance to get one. I wouldn't be surprised if he's playing in one this year.

17. Willie Roaf – New Orleans Saints, Kansas City Chiefs – Roaf is as great as there ever was at offensive tackle. However, his mediocre teams never gave him a chance at the big game. Too bad too because Roaf made stars out of Priest Holmes and Larry Johnson. Both of their careers went in the tank when Roaf stepped away from the game.

16. Eric Metcalf – Cleveland Browns, Atlanta Falcons, San Diego Chargers, Arizona Cardinals, Carolina Panthers, Washington Redskins, Green Bay Packers – Without a doubt, Metcalf was one of the most electric player of his generation. He could do everything that Marshall Faulk could do; he was just doomed on bad teams at bad times. He had the quickest feet I have ever seen in my life.

15. Chris Doleman – Minnesota Vikings, Atlanta Falcons, San Francisco 49ers – He was one of the most dominant defensive ends of his era. Doleman was a sack machine. He had moves that you didn't typically see from a man of his size.

14. John Randle – Minnesota Vikings, Seattle Seahawks – As good as Doleman was on the outside, Randle was twice as good on the inside. Randle made guards and centers sweat for many years in the NFL.

13. Sam Mills – New Orleans Saints, Carolina Panthers – Sam Mills was a staple at the middle linebacker for the Saints and the Panthers. All he did was make plays. Although he was undersized, he was a special player.

12. Randall Cunningham – Philadelphia Eagles, Minnesota Vikings, Dallas Cowboys, Baltimore Ravens – Another player that will send you to Google to try and prove me wrong is Randall Cunningham. Randall was an elite quarterback and led his team to many wins but never to the big game.

11. Eric Allen – Philadelphia Eagles, New Orleans Saints, Oakland Raiders – Allen is another great cornerback who was in obscurity in the City of Brotherly Love. Allen was without a doubt one of the best corners in the league his entire career. 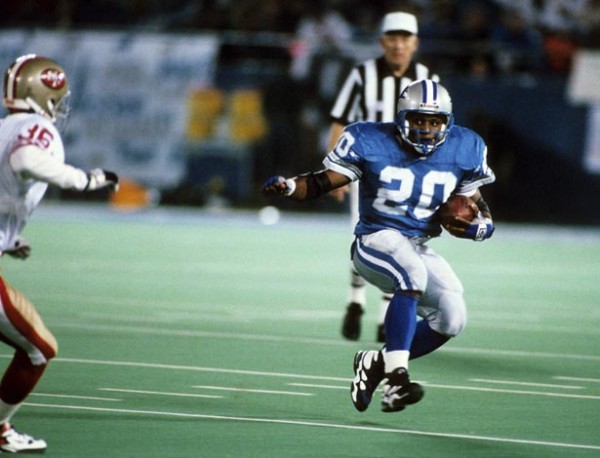 10. O.J. Simpson – Buffalo Bills, San Francisco 49ers – O.J. was probably the best of his, time but he never got a chance to be super. Think what you may about his personal life, but his football career isn’t second to many.

9. Gale Sayers – Chicago Bears – Sayers was a monster big-play running back. He just made plays better than anyone could ever imagine. He was unlucky in his quest for a world title though. As great as he was he could never get to the big game.

8. Cris Carter – Philadelphia Eagles, Minnesota Vikings, Miami Dolphins – All he ever did was catch touchdowns. It is really too bad that Cris never got a chance to play in the big game. He would have been great on that stage.

7. Dan Fouts – San Diego Chargers – The quarterback who pioneered the “Air Coryell” offense that changed the passing game as we know it never got to the Super Bowl. It is safe to say that he revolutionized the game.

6. Earl Campbell – Houston Oilers, New Orleans Saints – Earl was the most physical back to ever play the game. His running style cut his career short, but man was he fun to watch. It’s too bad that we didn’t get more of Earl. He was a champion in his own right.

4. Warren Moon – Houston Oilers, Minnesota Vikings, Seattle Seahawks, Kansas City Chiefs – Moon was close a bunch of times, but a loaded Buffalo Bills squad that made four trips in a row was his nemesis. Unfortunately when he packed his show up and went to Minnesota it was more of the same as the 49ers stood in his way.

3. Derrick Thomas - Kansas City Chiefs - Thomas was a sack machine. People have forgotten how good Thomas was and what a ruckus he caused in the game of football.

2. Deacon Jones - Los Angeles Rams, San Diego Chargers, Washington Redskins - In my opinion, he is the sack champion in the history of the league. He is the reason they started to keep the quarterback sack stat anyways. Too bad they waited until he had been in the league about 6 years before they started keeping the stat. Otherwise it wouldn't even be an argument over how great he was.

1. Barry Sanders – Detroit Lions – Without a doubt the most exciting running back to ever don the league. Barry turned water into wine more than any runner I can think of in my lifetime.