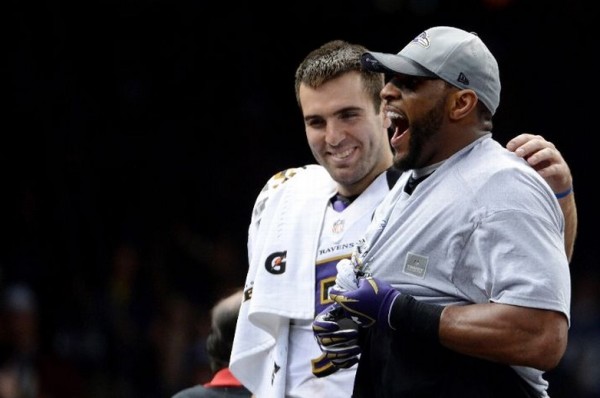 Coming into Super Bowl 47, all that anyone could talk about was the battle of the brothers and the fact that it will be the last game that Ray Lewis will ever play. Controversy has surrounded the central characters all week.

The game was built on the Harbaugh brothers and a sibling rivalry. The game didn't disappoint as the brothers were comedic in their antics and both gave the officials and the fans all they could stand on the sidelines. Quite frankly, it was fun to watch as we haven't had coaches show that much emotion and concern in quite some time.

Ray Lewis was a central figure as well as everything that could possibly be thrown at him this week came out. From his past association with at double homicide to the possibility of him using PED's. The idea of Ray actually using PED's seems unlikely, but the fact that a person may actually use deer antler spray, UV Rays and ultraviolet strips to get an advantage says a lot about where the sport is headed.

As exciting as the game was, there were a few things that we were able to take away from it that made the game spectacular.

It’s Time For The Ravens To Pay Joe Flacco

Joe Flacco isn't an elite quarterback. I’m not even going to part my lips to say that. However, there aren't six or seven quarterbacks in the NFL better than him. In fact, he is on the cusp of greatness and I can only see him getting better. Some of the plays that Flacco made to get the Ravens in the game were spectacular, but I was more impressed with his ability to extend the plays with his legs and still deliver accurate throws. Not a lot of guys in the league can do what he does for his team.

Most people I associate with usually complain about the lack of diversity at the Super Bowl. The past few Super Bowls have had old musicians who are pretty irrelevant and most people from today’s generation can’t connect with them. This year, we didn’t have that problem. The game opened with Jennifer Hudson singing along with the Sandy Hook school chorus. Jennifer looked great by the way, but I did notice a lot of people felt like they liked their J-Hud super-sized.

After the Hudson performance, Alicia Keys came on an did her rendition of the National Anthem. She sounded okay. She even made a few mistakes. However, no one has ever looked more stunning singing the Anthem. No one!! She looked great. Swiss Beats won, man.

At halftime, Beyonce Knowles Carter came out and did her thing. Bey put on a halftime show that no one will ever forget. It was the most anticipated show since the whole Janet Jackson/Justin Timberlake debacle, and this time, it wasn’t controversial and everyone was locked in. For many, it was the highlight of the game. As fine as Beyonce was looking, it's hard to argue against it.

Super Bowl commercials aren’t what they used to be

Maybe it’s the economy or maybe it’s just lack of creativity, but Super Bowl commercials blow now. Some companies go way overboard like Go Daddy.com and others go way out of their way to cram two minutes worth of cuts into thirty seconds, and, to say the least, it just comes off as garbage.

What happened to classics like the Budweiser frogs and the Terry Tate office linebacker commercials? The commercials now are just pitiful attempts to make you laugh at something that shouldn’t even be seen on television. 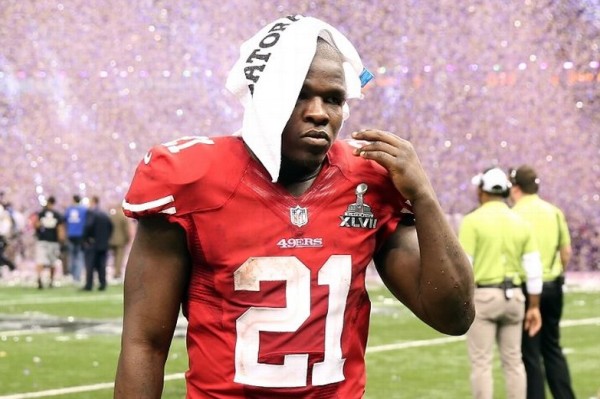 Let’s keep it real. The Niners were less than stellar at the beginning of the ball game. They have let teams get ahead in the playoffs, but they always found a way to get things going. In the Super Bowl, they looked totally unprepared. From the illegal formation on the first play of the game to the indecision they showed on defensive coverage throughout the game, it’s obvious they weren’t ready for the big stage.

The Ravens had experience on their side. I also think their road to the Super Bowl may have prepared them more for the game. Needless to say, the Niners were led by a second-year coach and a second-year quarterback. Chances are if they ever get back to the big show, that experience will pay off for them.

When Randy Moss came out and declared himself the greatest wide receiver of all time, I chuckled. But then I thought to myself that if he comes out in the Super Bowl and puts on a big show, he might be on to something. However it didn’t happen. In fact, there was an Amber Alert put out on Moss in the first half. He was missing in action. I kept waiting for the big play from Moss, but it wasn’t going to happen.

Jerry Rice said it best before the game. “If you are going to proclaim yourself the best of all time, you better preform like it on the biggest stage.” Well, this is Moss’s second go-round in the Super Bowl, and he has laid an egg twice. A GOAT he is not, but he could very well be a goat of a different kind.

2 Replies to “Super Bowl 47: A Family Affair, A Retirement, And 5 Things We Learned”