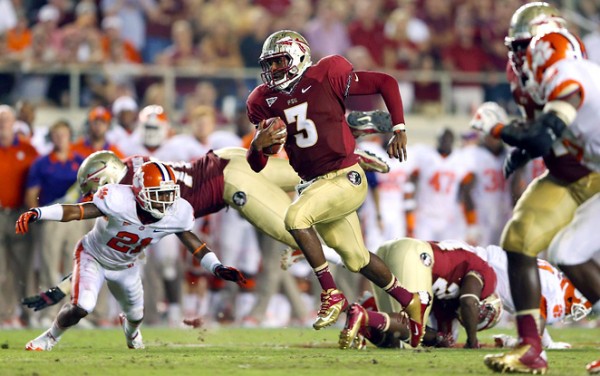 The landscape of the Atlantic Coast conference now falls on the shoulders of the Florida State Seminoles. Florida State has a dominant team. Almost as dominant as any we have seen the great Seminoles field. As a matter of fact, they look good in every phase of the game outside of their passing game, which continues to be a work in progress and is improving from week to week.

The Seminoles have weapons, and they are decimating their opponents. However that’s probably going to be their undoing to get to a national championship game. The Seminoles non-conference schedule is softer than a baby's bottom, and despite the outcome of the team, there is a good chance they won’t get enough computer points to pass any of the solid teams that may finish undefeated or even have one loss.

It doesn’t help that the ACC is no longer really worth watching on television. Clemson is week to week and Virginia Tech can’t win a big game. The reality of the situation is that the teams that the ACC needs to be solid are now pretty fragile.

Here is how I see it coming down.

There is a chance that this formula could be off a little, but I can’t see how it will go in any other direction unless Savannah State finds a way to upset one of the top four teams in the MEAC and Murray State wins at least three games in a weak Ohio Valley conference.

The only other way they get to the National Championship is that the coaches' poll gets more weight than the computer rankings in the BCS formula. If that happens, then you can throw out the numbers altogether because that may bring a one-loss SEC team back into the fold ahead of the Seminoles and even the Big 10.

It’s a shame too because Florida State is a pretty good team. The Seminoles just picked a bad year to schedule a couple of cupcakes on that schedule.