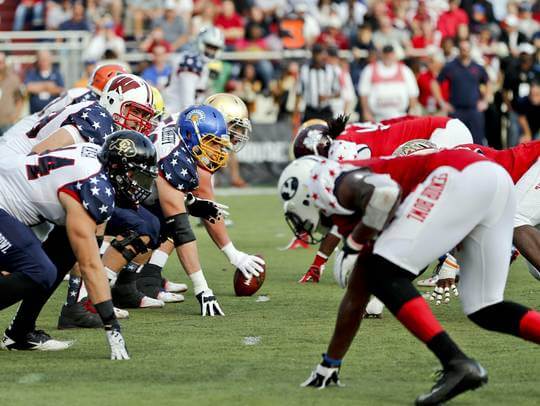 Throughout the years, I have seen lots and lots of talent come and go from college football to the NFL. The Senior Bowl used to be the benchmark of what the draft was going to look like since most players stayed in school for four years unless they were the absolute best at their positions and needed the money right away.

Today we have several players leaving early for the NFL so the Senior Bowl doesn’t always get the best talent that you would expect, and the top seniors opt out of the game because they don’t want to do anything to jeopardize their chances of hurting their stock and draft position.

Seniors are safe picks, but they usually aren’t drafted until the middle rounds of the draft. Everyone is in a rush to get the young and exciting talent that comes out early so there are usually only about seven to eight seniors who get drafted in the first round. Last year was another indication of that as some very good senior talent went unnoticed until the third and fourth rounds.

This year, the Senior Bowl opened my eyes to a few things, so I decided to bring to you the five things you can take away from the 2013 Senior Bowl. 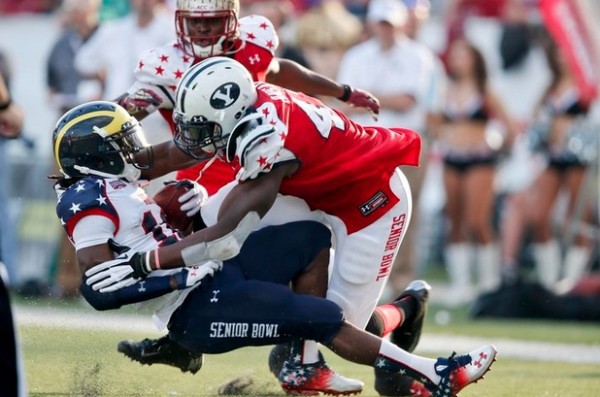 The wide receiver class is as deep as any we have ever had. These guys may not be household names right now, but time will tell that this class can be as good as any.

Coming into the game everyone was talking about Terrance Williams from Baylor. Williams is a talent, but he may not be the best wide receiver in this class. I would have thought so coming into the game, but after talking to scouts and watching him against top cornerbacks, Williams has a lot to learn about route running. There are other guys out there who can do it and do it well. Louisiana Tech's Quinton Patton is by far the most talented of the wide receivers that I saw this week. He is big and strong and can do a lot of things well. However, he doesn’t stand alone. Aaron Dobson (Marshall) is an amazing receiver himself, and he can do so many things well. You can even throw Duke receiver Conner Vernon in the mix as he wowed everyone all week with his pass-catching abilities. This class is deep. If you can get a guy like Terrance Williams in the second round, it says a lot about the ability of this group.

Playing at the next level may be harder for Denard Robinson than most people thought.

Coming into the week I thought Denard Robinson would be an easy fit for the slot position. The kid can fly. He runs a legit 4.3 40-yard dash. I know people are saying he’s a 4.2 guy, but I don’t see it on the field. Robinson may be fast, but he isn’t that big. He will get killed at the current size if he doesn’t get more solid. He is a little too small to play running back, and he’s not tall enough to be an outside receiver. That pretty much delegates him to the slot. Unfortunately there aren’t many teams who will want to draft a slot receiver unless he is a guaranteed fit as the go-to guy at the position.

The big cornerback is definitely back.

The success of the Seattle Seahawks with their two big physical cover corners has everyone scrambling trying to get some big guys of their own. With the zone read making its way to the NFL, teams want corners who can cover but still set the edge. Not a lot has been made of this as the NFL was still drafting the smaller guys to cover outside because there hasn’t been a threat of quarterbacks who can run and overpower weak defenders. Now with the emergence of the running quarterback, those big corners in college are no longer being converted to safeties in the NFL. The Senior Bowl highlighted the big corners at their natural position. The game evolves and the scouting has to evolve with it or teams will continue to struggle. 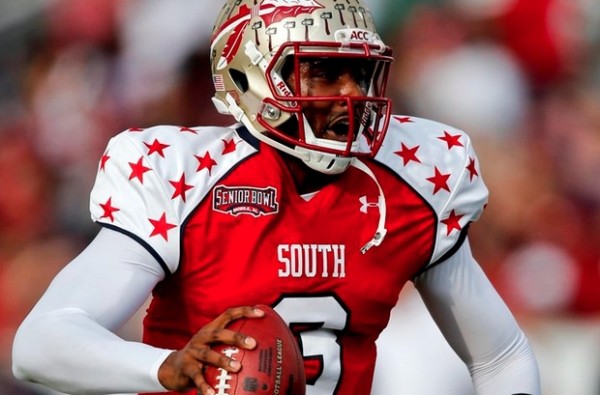 All week I talked to a friend of mine who was at the Senior Bowl and every time I asked him about Ziggy Ansah he didn’t have anything good to say. He just said he was disappointing to say the least. I found that hard to believe because when I watched this kid all season I saw a motor that had me thinking this kid is a machine. Well when the lights came on Saturday in the game, Ziggy showed he was the best senior defensive end out there. Even my friend who is a scout said to me that he was shocked. He didn’t see anything that week that would lead him to believe that Ansah would be the force that he was in the game. He definitely played himself into the late first round and possibly better.

There is nothing great about any of the senior quarterbacks who played in the game. It’s still Geno Smith and Matt Barkley, then the rest.

The quarterback play in the Senior Bowl was nothing short of trash. Frankly I couldn’t be more disappointed in some guys who I was really wanting to see throw the tater. E.J. Manuel was decent in the first half, but guys like Landry Jones, Mike Glennon, Tyler Wilson and all the rest were just pure garbage. They may end up being pretty good, but you can see why the scouts aren’t serious about any of the these guys. Honestly they just helped the case of Geno Smith and Matt Barkley as the two best quarterbacks in this year’s draft.

Nothing is ever exact when you are looking for talent. NFL scouts will put these guys under the microscope, and they will find some things that the average person can’t see. Practice is everything when it comes to evaluation, and some guys just weren’t going to be put into positions during the game that a team may want to see them in the NFL.

The NFL drafting process is exciting, and sometimes it’s full of surprises. I personally can’t wait to follow the next step at the combine the next few weeks. I’m sure you will be following too.