This is not a story about the death of boxing. Those reports are woefully exaggerated and usually the result of poor context. Even still, when it comes to marketing, presentation and having the pulse of sports fans, the UFC has a lot it can teach the sweet science.

Why? There’s a lot of reasons. First, I think it helps that the UFC is run by younger guys, which helps exude a sense of youth where the four horsemen of boxing promotion, Dan Goossen, Bob Arum, Richard Schaefer and Lou DiBella often come off looking like mummies. There is a ton of smarts and staying power at the apex of boxing promoters, but in the coolness factor, there’s no doubt that Dana White (who I think can be a total asshole sometimes) comes out looking like Zack Morris, while the others guys end up looking like Mr. Belding.

Second, in recent years boxing’s long history has acted as a double-edged sword. On one side, the good one, the sport’s long history has afforded it a proper place of reverence and important reference points to gauge modern-day performances. This history, so intertwined with important moments of the larger society (e.g., Louis v. Schmeling II is arguably the single most significant sporting event of all time, as it was a prequel of sorts for the bloody meeting between the United States and Nazi Germany), is one key reason why George Foreman once said, “Boxing is the sport to which all other sports aspire.”

But since the vanishing of the great American heavyweights, it seems that boxing’s history has been used to cut down the sport. All too often sportswriters cry about the death of boxing because the sport isn’t as popular as it was in the ’20s, when at least as many people watched boxing as baseball, or in the ’50s when every major city, and many small ones too, had weekly local fights that filled the memories of baby boomer’s childhoods. Boxing isn’t like that anymore. But different doesn’t mean dead.

Boxing still holds all but one of the top 10 all-time highest PPV sale records, with Floyd Mayweather and Oscar De La Hoya at the top with 2.5 million buys for their 2007 clash at the MGM. Boxing can still fill huge arenas — just take a look at Manny Pacquiao’s fight against Antonio Margarito at Cowboys Stadium. And when it comes to the largest growing demographic in the country, Latinos, the ties between Spanish-speaking countries and boxing remain strong and have carried over into the U.S. — just take a look at the throngs following Canelo Alvarez at a press conference and the 40,000 tickets he sold at the Alamodome. But despite these highs, boxing could do better.

Here are four things boxing could learn from the UFC.

One Reply to “4 Things Boxing Can Learn From The UFC”

4 Things Boxing Can Learn From The UFC 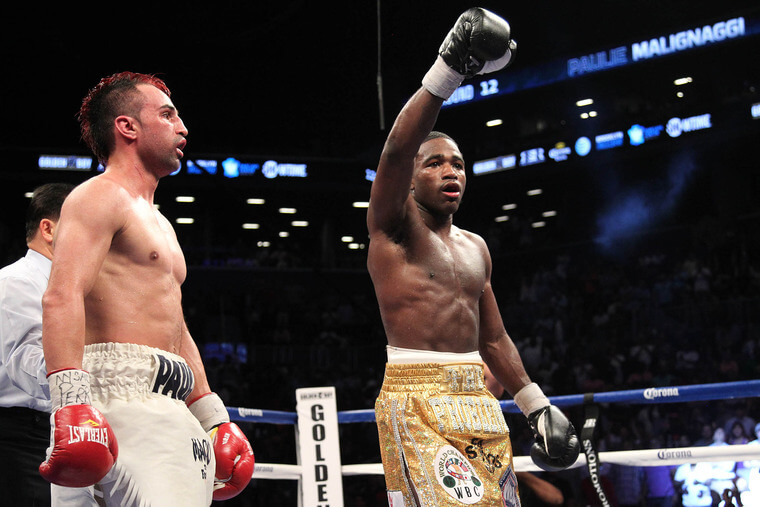 Boxing Distorted Expectations: The Highs And Lows Of Bron…
Boxing Showtime Does It Again: The 3 Things To Take Away …
1