The Major League Baseball slate has eased into its end of the first quarter mark. And with Memorial Day looming, it is a fine time to check back in around the league and see how each club is delivering on the promise (or just pretense) it carried into the season at the top of last month.

As imaginable, some teams have delivered on their potential – whether that be good or bad – while others have ranged all across the board. But when real-time results meet the offseason hype machine, the picture of what the season could behold becomes clear.

So where does each team stand as the MLB prepares itself to enter the portion of the sports calendar where it is all eyes on them? The predictions and the truths are sometimes telling vastly different stories by this point already.

Right Where They Should Be

St. Louis Cardinals: In all reality, they are off to a better start than would be imagined, especially considering that ace Adam Wainwright is lost for the season and Yadier Molina is having an injury-slowed start as well. But the deep and resilient Cardinal club remains the toast of the National League Central and has sported the game’s top record for much of the year.

Los Angeles Dodgers: Another team that has thrived in light of considerable injuries is L.A., who has lost 2/5ths of their starting rotation for the season already, missed closer Kenley Jansen to open the year and seen Yasiel Puig deal with issues as well. But with Clayton Kershaw and Zack Greinke still leading the way and Adrian Gonzalez absolutely destroying the ball as well, they have not missed a beat.

Washington Nationals: It took a while, but the Nats are now atop the National League East where they are expected to remain. The en fuego coming of age of Bryce Harper has fueled their surge to the top and Max Scherzer has had no translation issues in coming over the NL either. The tone in DC is officially set.

Detroit Tigers: Miguel Cabrera has put them on his back and is slugging the Tigers up the standings in the AL Central. The expectation was for it to be a tighter race around the top of the division, one that could even involve them not constantly at the top. True to prediction, they are currently the hunters, not the hunted. But Brad Ausmus’ club still carries among the best records in the game all the same.

Chicago Cubs: The youth infusion, along with the multitude of moves designed to breathe life back into Wrigley, is playing out to form so far. The Cubbies are firmly settled into second place in the NL Central and look every bit the real deal to push the Cardinals through the summer.

Boston Red Sox: They are not great, but they are also not terrible either. Due to a pitching staff that is simply not up to the task of putting a team over into top notch competitive waters, but a lineup that clearly is, the Sox are mired in the middle of the AL East. Still in need of a move to pull them up if it is meant to happen.

Playing Above Their Depth… But Could Stay

Kansas City Royals: I don’t know why we doubted them, but they are still setting everybody straight about the fact that they are for real. The Royals are carrying the best winning percentage in the AL behind the same, very sustainable mix of supremely good details: defense, relief pitching, speed and chemistry.

New York Yankees: This is a weird team and situation. The Yankees are still mostly the same mix of big name, big payroll, suspect results, former superstars that they were last year when they drudged to a distant second place finish in the AL East. And now a year later, they still seem like they are in neutral (save for the ever-astonishing revival of Alex Rodriguez), but they have floated to the top of the division. And if no team steps up out there, they could very well coast along at this level for the rest of the year.

New York Mets: If there’s pitching, there is always a chance. And the Mets have plenty of pitching to go around. In the mediocre-to-bad NL East, they are an average club capable of hitting just enough to make their superb pitching performances stand up – which could land them in the midst of a Wild Card race.

San Francisco Giants: Sorry, Dodgers fans, but, we had to.

Everybody wrote the champs off when they had a terrible spring after a boring offseason. But they have still played solid enough ball to stick in second place in the NL West and now have Hunter Pence back as well to be the beacon of quirky, well-rounded performance that he is. The champs are very much still here.

Playing Above Their Depth… Only For Now 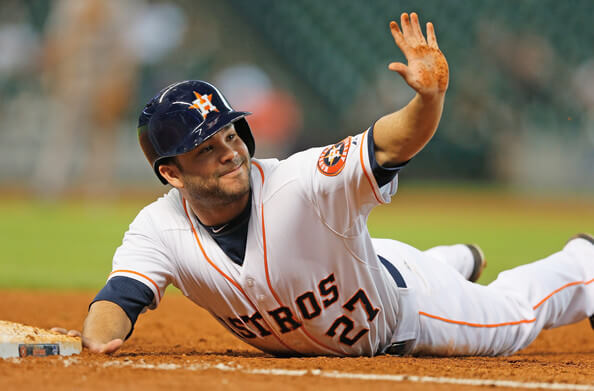 Houston Astros: This could go one of two ways. Either the Astros are this year’s version of the 2013 Pirates, who came out of nowhere to seize the spotlight. Or they tuck and dive at some point mid-summer when the rigors of playing winning baseball become a task for the young ensemble. I’m going still going with the later.

Tampa Bay Rays: There is only so many injuries that a team can endure while still beating its expectations by an unexpected margin. This is the story of the Rays, who have lost both Alex Cobb and Drew Smiley for the season now. They simply do not have the relief coming to hold up the inevitable assault coming from within their division.

Minnesota Twins: It has been refreshing to see the Twins finally push into a competitive full season, but it doesn’t seem likely to last. Because they’re the Twins. And there are dogs surrounding them in the AL Central prone to pack a much bigger bite than they are capable of consistently returning.

It’s Only A Matter Of Time 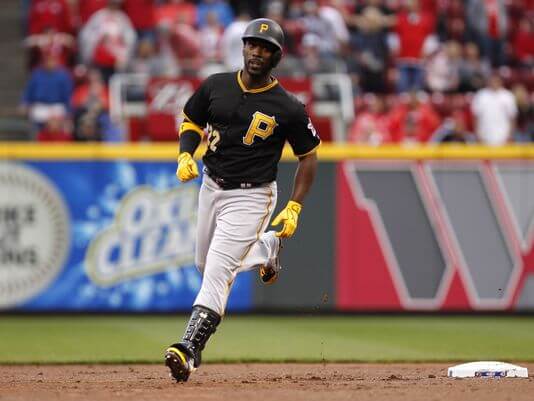 Pittsburgh Pirates: This is not a fourth place club. This is still a team that will be in the middle of the postseason push in a few months. It slept through the early stages of the year because its catalyst, Andrew McCutchen, was slow to start. Well, he’s here now all the way and the Bucs will not be far behind.

Seattle Mariners: The AL West is wide open and this team is seeing more and more of its cylinders fire up. When its bullpen gets completely stable, the climb up the standings won’t be far behind.

Los Angeles Angels: Another team that is beginning to heat up in the AL West are the Halos. Erick Aybar and Jered Weaver are putting their awful starts to bed, while Mike Trout and Kole Calhoun continue to deliver the goods. When it all comes together, they will make the West interesting as well.

Baltimore Orioles: It has been a weird start for the O’s, who have had to play home games on the road, dealt with some uncustomary inconsistent pitching performances and the absence of their Gold Glove shortstop JJ Hardy for over a month. All of those issues are remedied now, so Buck Showalter can get back to working his standard magic show.

Chicago White Sox: They were a team that made a lot of additions, but not the one type that puts an entire club over the top. They are a bit worse than would be expected thus far, floating a bit underneath .500. They will be better than that in the long term, but not the type of better that does much more than play tough-out spoiler for teams actually in the race.

Cleveland Indians: They were a trendy pick to run deep into the season this year, but they have struggled to string much together besides losses so far. But their bats are getting better, Corey Kluber is regaining his form and they are looking better. It is just a matter of if too much damage has already been already for them to rally from.

It Is What It Is

San Diego Padres: They made a lot of thunder with the plethora of moves and they are undoubtedly a better team, so this ranking isn’t to condemn how good they’ve become. Rather it is to point out that the third place level they are at right now is about where they fit in to the NL West long-term.

Toronto Blue Jays: It was a crapshoot that’s crapping. Really strong lineup that relies on a lot of youngsters and a questionable pitching staff in both the rotation and the bullpen. Not a good mix.

Arizona Diamondbacks: Paul Goldschmidt and that’s about it. One player a great team maketh not, even if it is a really, REALLY great player.

Texas Rangers: They are not horrific like they were a year ago, but thus far the loss of Yu Darvish is carrying the heavy ramifications it was thought too. At least the intrigue of inserting Josh Hamilton (who is hitting north of .380 on his baseball rehab stint) into the mix is coming soon.

Milwaukee Brewers: They have already replaced their manager with a first time bench guy in Craig Counsell and have begun floating substantial parts of their roster on the trade market. It’s going to get worse before it gets better.

Miami Marlins: It’s one of those cases where the smell was a lot better than the taste with these Fish. They swapped managers in an unprecedentedly awkward way and still haven’t turn the tide since. What was supposed to be one of the game’s emergent young teams looks be a flashback to more perennially lost at sea Marlins teams. (Cue the end of every offshore-based Marlins pun possible for the year.)

Oakland Athletics: All of Billy Beane’s tinkering led nowhere, as the A’s are injured, mired in last place and likely to become a contender-supplying trade hub right around the All-Star break.

Atlanta Braves: The NL's equivalent of the A's in regards to coming off of a vast offseason overhaul, the Braves have been up and down, but likely a bit better than anybody could have imagined a few months ago. It is not likely that they plummet into the depths of the NL East, but are far from competing either. So they are perhaps the very definition of what this category defines.

Colorado Rockies: Par the usual course in the Rockies: horrendous pitching, Troy Tulowitzki trade rumors and little light at the end of the corridor.

Philadelphia Phillies: We all saw this coming, right? The Phils are nothing if not predictable.