The Final Four is here, and that means there is still a lot of entertaining basketball left to be played. With this year’s NCAA Tournament being more thrilling than years past, the element of excitement has been paramount.

At this time of the year, we get the opportunity to witness great story lines, unheralded teams achieving success, impressive coaching, quality basketball and, if you're paying close attention, a stable of awesome sneakers. As we approach Saturday's national semifinals, we breakdown four of the best sneakers that have ever been worn in the history of the storied event. 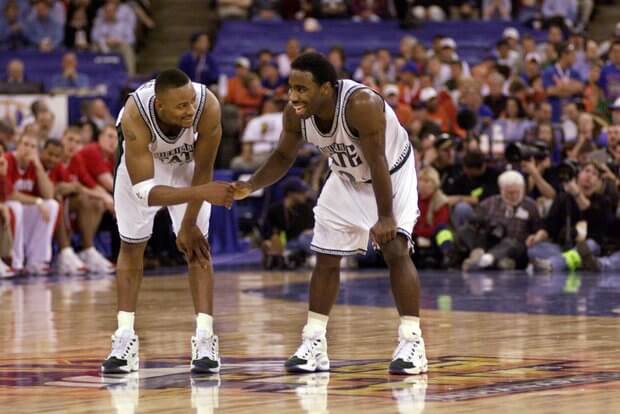 In the year 2000, the Michigan State Spartans took the national championship back to East Lansing for the first time since Magic Johnson brought a title in 1979. The Spartans wore the Reebok Questions, and it was the perfect shoe to fit a hard-working, tough team whose collective temperament was similar to the person who wore the shoe, Allen Iverson.

The Spartans weren’t as flashy as A.I., but their demeanor and swagger on the court were colossal like Bubba Chuck. The blue-collar Spartans intimidated teams with suffocating defense and heady guard play, and they did while donning such an iconic shoe. 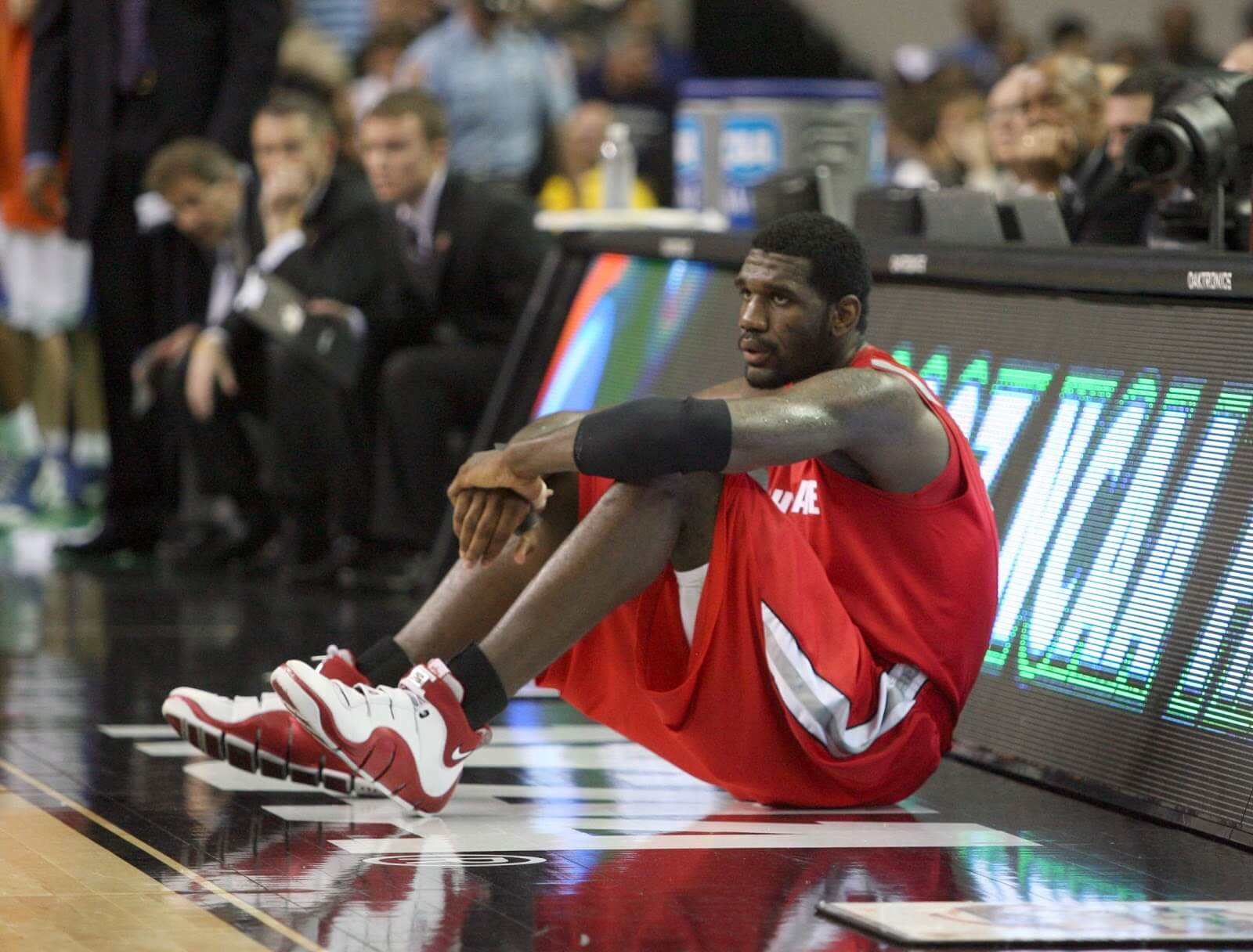 LeBron James has made several claims that if he would have ever stepped on a college campus, he would have attended Ohio State. In 2007, it was the first year in which the Buckeyes sported King James’ kicks as a unit. The team wore the White and Red LeBron IV’s to match its scarlet, white and gray uniforms.

The kicks and jerseys were the perfect complement to one another, and it even gave Greg Oden a bit of boastfulness on the court. While looking good on the floor, the team won a school-record 35 games before falling short to the Florida Gators in the national championship. 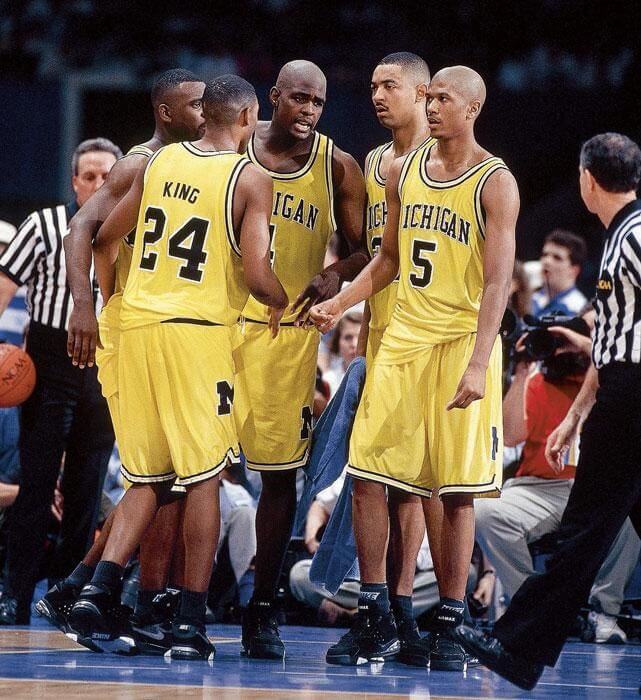 When thinking of 1993 and the Fab 5 playing in the Final Four, it makes you think that they were just a few plays or a timeout away from having multiple NCAA championships. Though the Wolverines never won a collegiate title, they had arguably one of the biggest cultural impacts that any sport has ever seen. Five teenagers in the same recruiting class sported bald heads, baggy shorts, black socks and black shoes; they were epitome of swagger. The black shoes worn by the team weren’t just any pair of black shoes — they were the signature shoe of Charles Barkley, the Nike Air Force Max.

Barkley claimed not to be a role model, but his imprint on the game of basketball is apparent. Like the Fab 5, Barkley was a trendsetter in his own right. He was just as braggadocios, and he did things his own way, for better or worse. In the sneaker spectrum, Barkley has had an underrated run of success, and it kicked off to bigger heights when the Fab 5 displayed his shoes on the national stage. 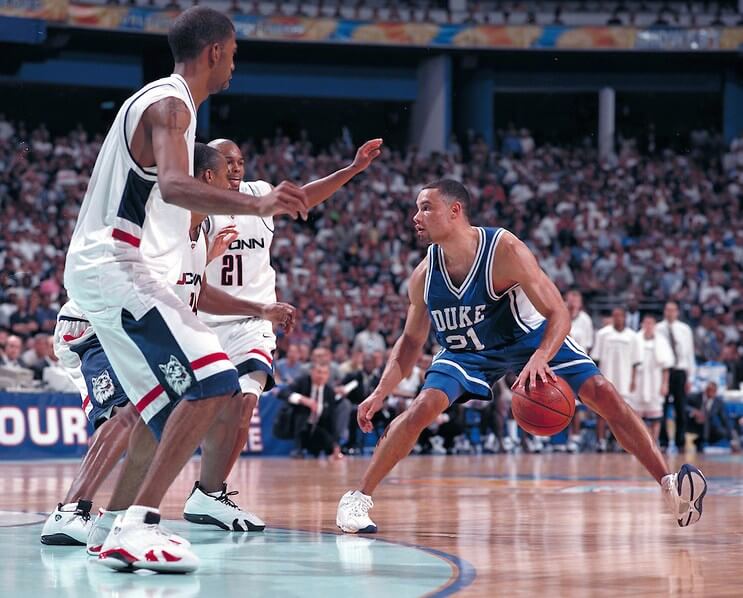 In today’s version of college basketball, many players wear personal PE’s, and they often stray away from the team look. In the late 1990s, however, it was rarely seen. Led by future Jordan Brand member Richard Hamilton, he and a few players brought out the Jordan XIV’s on the big stage during the 1999 Final Four. The presumable powers of the Jordans helped propel the Huskies to win their first title in school history.

En route to a national championship, Bibby aided the popularity of the Nike Air Foamposite One. Though it’s Penny Hardaway’s signature shoe, the then-freshman guard made a memorable Final Four run that is still talked about almost 20 years later. Bibby’s performance in the Final Four run in the Foamposites even inspired rapper Wale to use the reference in the his song titled "Barry Sanders" off the mix tape "Eleven One Eleven Theory." Bibby's rise in the sneaker world began as a member of the Arizona Wildcats, and it continued during his 14-year NBA career.

If you think selecting four of the best sneakers is easy, head over to KicksUSA to participate in #KicksMadness to make your choices on what's the greatest sneaker of all time. For any additional questions about the bracket, contact KicksUSA via Twitter @kicks_usa. Thanks, and may the best sneaker win!