Tuesday marked the season finale of FX network’s “American Crime Story: The People v. O.J. Simpson,” and the reviews of the depiction of the dramatic events surrounding the Simpson trial have been majority superb. Each of the 10 episodes turned into a Tuesday night event of reminiscing and live-tweeting.

Watching the last episode sparked a conversation between a friend and me about other insane sports-related crime stories that captivated the nation at the time and still, to this day, re difficult to imagine really happened. In no particular order (we couldn’t agree on a ranking) here are my top five bizarre arrests in the sports world:

There are few falls from greatness as steep as that of Orenthal James Simpson. I was trying to explain to a young buck whom today’s equivalent would be, but it was too challenging. Simply put, Simpson was the man. He had the football talent, but that’s not all. He was one of a handful of athletes who crossed over from just “athlete celebrity” to “Hollywood celebrity.”

From start to finish, everything surrounding this case was just odd, from the glove fiasco to the infamous white Bronco chase. I was a mere pup then, but I still remember watching TV with my mother confused as to why that white Bronco was so important and why it was moving at a snail’s pace. Thanks to the show, we now know that not only was it not Juice’s Bronco, but he was not driving and was possibly suicidal at the moment — yikes.

Although Simpson was not convicted of the murder of his wife, Nicole Brown Simpson, and Ronald Goldman, he had plenty more mishaps to follow. In 2008, he was sentenced to nine to 33 years in a Nevada state prison for armed robbery and kidnapping after attempting to steal his own memorabilia back from two dealers in a Las Vegas hotel. The man went from Heisman Trophy winner and NFL record-setter to accused murderer and convicted robber and kidnapper. What a whirlwind.

What a difference four years makes. This is one of the most bizarre sports-related crime cases to me, at least, because this is the only person on this list whom I’ve met. I have met Sharper and associated with some people close to him, such as a current co-defendant in the New Orleans case.

The five-time Pro Bowl Safety spent 14 seasons in the NFL before retiring after the 2010 season. Though he only played eight games in his final season, he still ended his career on a high note, contributing nine interceptions for 376 yards and three touchdowns in a season that ended in the New Orleans’ first Super Bowl. Life wasn’t too bad post-football either, as Sharper became an analyst for NFL Network. To think, this same guy now awaits sentencing after entering a plea deal on crimes of raping nine women in four states.

Bean nearly didn’t make the list. I hate to revisit this amid the close of his great career, but on a list of the craziest sports world arrests, one of the greatest NBA players of all time definitely has to be included.

In 2003 when sexual assault accusations were charged against Bryant, he was at the top of his career. At 24 years old, Bryant had already won three back-to-back-to-back NBA championships with the Lakers and was a five-time NBA All-Star. Then an encounter with a 19-year-old in Colorado nearly made his world crumble. Bryant was charged with one count of sexual assault and, if he was convicted, stood to serve four years to life in prison or 20 years to life on probation. How insane does that sound now? We’re talking about Kobe here. Kobe! K.O.B.E.

The criminal charges were eventually dropped after the accuser refused to testify in court. As a sports fan, that Kobe press conference with his wife, Vanessa, sitting by his side is another one of those “where were you when… ” moments. I’ll never forget the emotional Bryant in the white sweater proclaiming his innocence but admitting — surely at the insistence of his PR team — to the “mistake of adultery.”

Michael Vick And The Dog Pound

Although the court of public opinion has been much kinder to Bryant over the years, Michael Vick wasn’t so lucky. Vick became the most hated athlete in America after serving a 23-month prison sentence for his part in a dogfighting ring.

Let’s backtrack just a little here. Vick, too, like everyone else on this list, was the man around the time of his arrest. In 2005, the Atlanta Falcons gave Vick what we know now to be a preposterous contract of 10 years for $130 million with $37 million guaranteed. The Falcons may have only had a 15-15 record from the time of the contract up until Vick went on a little vacation to Club Fed, but his quarterback style was an adjective. Any and every decent black QB who stepped on the scene was compared to Vick, so news of his arrest shook the sports world.

There was a divide between those who thought he was too severely punished and those who believed he didn’t get punished enough. Vick turned everything around and became a spokesperson for the humane treatment of animals and still managed to get himself another $100 million contract with the Philadelphia Eagles. But even after all that, he couldn’t escape the dog jokes and staunch haters.

The Love Boat scandal is by far the most bizarre and comedic of them all. On a fateful night in October 2005, at least 17 Minnesota Vikings players were present on a yacht excursion with which a big, old-fashioned sex party went down. Details of what went down on said boat are so raunchy that the thought of typing them out makes me need hand sanitizer. Google “running through the okra patch.” Really, do it.

Source: thefantasybroker.com
Steve Smith mimics rowing a boat after scoring a touchdown against the Vikings.

The lewd and lascivious boat fiasco led to four Vikings players’ arrests, including the ringleader, Fred Smoot, quarterback Daunte Culpepper, Bryant McKinnie and Moe Williams. Smoot and McKinnie were eventually fined, but none of the players present on the boat were suspended. In an interview a few years after the scandal, Smoot called the party “overrated.” I don’t know what parties he frequents for that to be considered overrated, but it’s not anywhere I want to go soon.

Honorable Mention: Plaxico Burress and his 20-month prison term for accidentally shooting himself. Nothing more to say on that.

The 5 Most Surprising, Bizarre Sports Arrests Ever 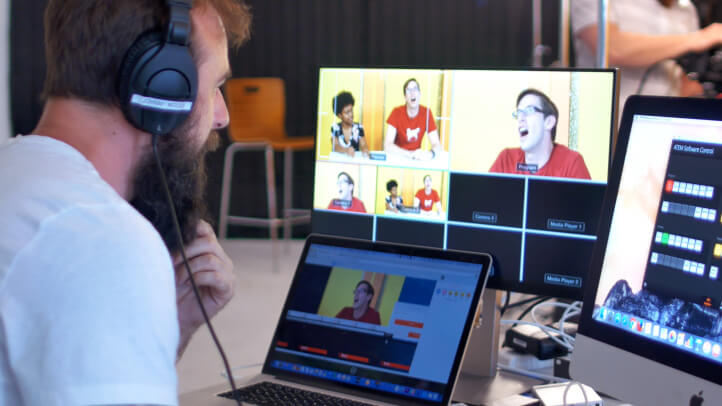 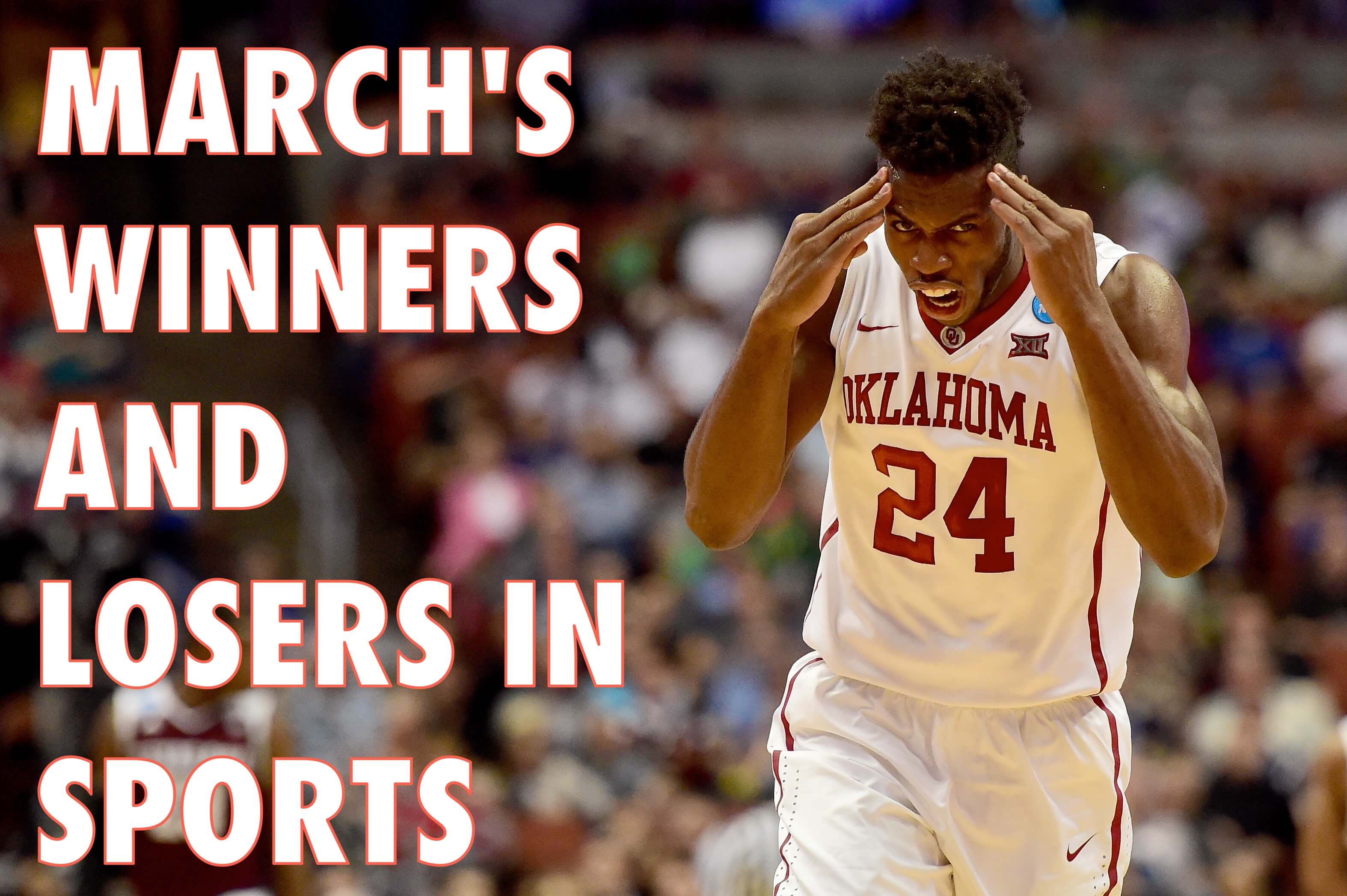 Etc. Winners And Losers From The Sports World In March:…
0