Looking back at the 2018 NFL playoffs, it is no coincidence that nearly every participant had a clear leader of their ship. Quarterback is the most necessary position in all of football; capable of single-handledly changing the fate and potential of his team.

What is true about all the signal callers is that they have arrived where they are from a plethora of different directions. There is Jared Goff, the top overall pick made good. There’s Patrick Mahomes, whom the Chiefs traded up to acquire, only to put on ice for a year before unleashing him on all the NFL. 19 years ago, Tom Brady became the greatest sixth round pick in history, while just a few years later the Saints landed former second-rounder in Drew Brees off the open market following an injury scare. Regardless of how they each began crafting their legacy, their arrival has marked a turning point in the history of each franchise.

The bottom line is if you are betting on the Super Bowl, the safest money often follows the team best represented under center. The moral of the story is that while a difference-making quarterback can come from any angle, making the right decision at the position makes the clear-cut difference between thriving and dying in the NFL.

That is where we find many of the teams that are furthest away from the action this weekend, as they are in search of what they hope of finding their era-changing quarterback this offseason. There are a variety of both veteran and rookie signal callers that will be called on to take a shot at answering that burning question for a handful of QB-deprived clubs. The question that remains is who is the right fit where?

While the league’s best prepare to square off in the final preliminaries before the final showdown of the 2018 season, lets pair off the best fit player with team in need behind center.

Situation: Just a year into a two-year, $36 million deal that guaranteed him $25 million, Keenum’s time under center for the Broncos may already be up. He ranked 29th out of 33 starting quarterbacks in quarterback ranking and had only six multi-touchdown games. With a new coach in Vic Fangio coming to town and GM John Elway’s never-ending search for a young franchise signal caller ongoing, looking towards the draft yet again could be in the cards.

Best Case — Nick Foles: Could it be possible that the Broncos could spend big on another quarterback, just a year after getting little back on a big investment in Keenum? The short answer is yes. Foles is the darling of the open market this year, after stepping in steer the Eagles back to the playoffs late in the year. The Broncos have plenty of cap room available and could clear more if they move on from Keenum. The Broncos are not too many parts away from making the leap back towards playoff level and Foles has a knack for finding his way there.

Situation: The Jaguars rolled the dice by extending Bortles following their run to the AFC Championship Game a year ago, and it backfired as badly as possible. The team took steps backwards in every possible way on the year, but most noticeably were in an endless downward spiral on offense. With a roster still built to win now and little room to maneuver against the cap, going the route of getting aggressive early in the draft to land a franchise quarterback to build around is a must.

Best Case — Joe Flacco: Before flying off the handle about this one, just hear me out. The Jaguars are a team that is still built to win now. In all actuality, they were built to win four months ago back before the wheels fell off a lost season. Flacco’s best days are behind him, but the Jags may not have time to hope any of the rookies in this year’s crop can get up to speed. Flacco’s experience would come in handy and without the crippling cost that could come with Foles. They can worry about their QB of the future later in the draft or in 2020.

Situation: Seven years into the Tannehill era and no corners have turned for the Fins. They have won 10 games just once, while finishing .500 or worse in the six other seasons. With a fourth head coach in his tenure coming up soon — as well as Tannehill on the brink of accounting for $26.6 million against the cap in 2019 — he may not be worth any further uncertainty.

Best Case — Teddy Bridgewater: The Dolphins are likely to aim at a caretaker for the position, as opposed to a major financial investment or secondary option in an average year for rookie QBs. Bridgewater could easily handle the job for as long as needed; until the Fins turn towards a more promising draft class next year or further down the road.

Situation: While the Brady era seems as if it could go on forever (and has already outlived multiple succession plans), the reality of the situation is that the corner could turn at any point. Bill Belichick and company passed on the chance to make Lamar Jackson their QB in waiting last year and may not decide to make that same decision again.

Best Case — Daniel Jones: Jones has the talent to go much earlier in the draft and very well could be long gone. However, if he does slide, the Pats would be smart to move on him. Jones threw for 22 touchdowns as a redshirt junior and could do well by sitting underneath the learning tree for the remainder of Brady’s days — however incalculable they may be.

Situation: To say the Eli Manning era is on life support would be to greatly undersell the situation. Manning’s physical tools have declined noticeably over the past two years, to the point where he often could not connect with Odell Beckham Jr downfield. Considering the investment and commitment to OBJ, the franchise owes it to themselves to get a quarterback that can bring the best out of him.

Best Case — Dwayne Haskins: Haskins pulled himself away from the pack of draft-eligible quarterbacks during his 50-touchdown sophomore season. He would be the perfect fit for a Giants team that has needed to secure a succession plan at quarterback for the last two seasons. Bringing Haskins into the fold alongside Beckham and Saquon Barkley could revolutionize the Giants’ offensive attack in short order. However, it would require the G-Men to get active in climbing the draft — perhaps even dealing with their in-town rival Jets, who possess the third overall pick.

Situation: After trading for Smith and inking him to a huge $94 million extension before the 2018 season, the Skins believed their quarterback concerns were behind them. That all changed in an instant, when Smith suffered a freak broken leg during a sack in November. A subsequent infection to the injury has put his career in jeopardy, while forcing Washington to look for another answer at quarterback again.

Best Case — Kyler Murray: Things have gone haywire around the Heisman Trophy-winning, two-sport star since he declared his intentions to consider an NFL career. Despite concerns about his height and projectability, Murray brings a rare level of athleticism to the position, something the bland Redskins offense desperately needs. Some projections have him in the top 10, while others see him as a late first rounder. If the Skins can cut the difference down the middle at 15, Murray could represent a major draft night win.

What about the rest?

If Tannehill is indeed released, he would instantly become a top option for teams in need of a backup that is capable of stepping in immediately if called upon. The Ravens, Eagles, Redskins and Browns could use his services.

Drew Lock could still get snatched up late in the first round if all of these teams pass on him, especially by contender looking to groom a replacement soon. Think the Bengals, Saints or Patriots, if Jones is gone.

One Reply to “The Upgrade Game: How the NFL’s QB-Deprived Teams Can Win the Offseason”

The Upgrade Game: How the NFL’s QB-Deprived Teams Can Win the Offseason 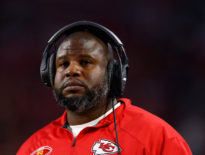 Featured The Rooney Rule Must Be Changed 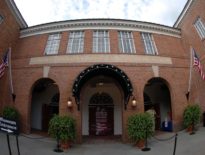 Baseball Predicting the 2019 Baseball Hall of Fame Class an…
1