For every success story of sports in the time of COVID, there seems to be a disaster or two lurking around the corner.

And no disaster may be more malicious than the current situation at Florida Memorial University, a Historical Black College/University in Miami Gardens, FL. FloMo, as the school is affectionately called, was set to be the only HBCU football program in action this fall as every other HBCU school and conference pushed football back to the spring – as was the case with the MEAC, SWAC an SIAC – or canceled it altogether (CIAA). But not long after the Lions’ season got off to an 0-3 start, an even bigger problem surfaced.

As first reported by Steven J. Gaither of HBCU Gameday, sources under the condition of anonymity shared that at least two dozen football players tested positive for COVID-19 and the school didn’t have an adequate quarantining process for those who tested positive, further endangering the campus population.

The fallout has been swift as head coach Tim “Ice” Harris has been suspended indefinitely for refusing to coach and athletic director Earnest T. Jones named himself acting head coach. Jones has been accused by several anonymous student athletes and administrators of neglectful and retaliatory conduct, such as pulling scholarships or firing anyone who speaks out about the crisis. As of last week, a Change.org petition was circulating calling for the removal of Jones, but was closed at 777 signatures.

Bad doesn’t even begin to describe what’s going on in Miami Gardens right now. An institution of higher learning is putting their students and staff at risk, all for the alleged desire to complete a football season, which would be FloMo’s first in 62 years (the program was just restarted this fall).

Placing sports above the well-being of human lives has been arguably the most troubling part of the coronavirus crisis as sports teams and leagues are hiding the true numbers of infected participants or in some cases, not testing regularly at all.

Florida Memorial banking on football to increase enrollment as anonymous sources have claimed is a short-term fix to a long-term problem for HBCUs – integration and a lack of resources made HBCUs a mere option for the students they were started to serve, instead of primary ‘dream schools’ in the college search. That relegation is an even more glaring issue for privately funded HBCUs with smaller campuses, such as FloMo.

Leaning on sports, a cyclical proposition at best, to raise a school’s profile only works when you have the resources and the success to back it up. Losing your first three games by an average of 53 points is not going to make that happen, nor will covering up a potentially deadly illness.

If HBCUs are going to survive, the need to place sports above everything else about campus life must cease. Before sports became an arms race, HBCUs were institutions that professionals in all walks of life had their interests and talents molded and developed and are still doing so to this day. That is where the emphasis and focus should always be, especially in a pandemic. Sports are a part of campus life, of course, but shouldn’t be the main draw.

Someone has to step in for Florida Memorial University’s own good and shut down a potentially deadly situation. Otherwise, the school is playing a dangerous game where no one wins.

Chris Stevens is a freelance journalist, writer and podcaster based out of Wilmington, Delaware.

FMU’s Coronavirus Crisis Is A Symptom Of A Bigger Problem 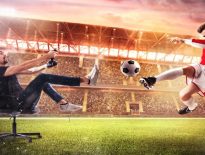 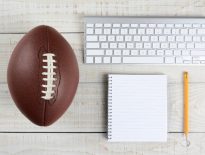