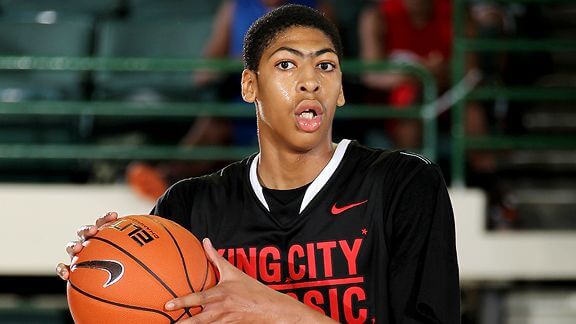 With all due respect to the many kids who do compete for things in sports, the current state of athletic competition across the country has me baffled. If you think about it, kids in college athletics and, in some cases, the professional leagues opt for the easy way out of a situation instead of competing. The transfer rates of kids who can’t hack it or opt for something easier makes being a good coach and teammate almost impossible in college, and it has trickled down to the high school level and summer AAU Leagues.

Take a look at AAU Basketball. There is no doubt that it has helped develop a system that has created an unintended consequence in player development. Because of AAU and other leagues, kids are playing many more basketball games over a 12 month period than ever before, yet we find fewer competitors in today’s culture.

What do I mean by this statement? Pound for pound, you will find more kids that are more technically sound than ever before but we are confusing ability for talent. Yes these kids are talented, but they do not compete. They play so many games in a summer or season that they don't let the losing hurt enough to fuel the competitor inside, because as soon as they lose, they are playing another game in less than thirty minutes.

Look at guys like Kevin Durant and even LeBron James. They are a product of the new ball player. Don't get it twisted; they play hard, but they are too nice on the court, and they don't possess that killer mentality that Jordan, Bird, or Reggie Miller had in their hey day. In the Jordan era, and before, those summer leagues were for the elite and there weren’t 80 million teams.

Today in America, we have focused so much on playing, that we have not taught our players to compete, to fight, to work hard or to have the will to win. We emphasize playing, technical ability and skills. Our youth players play a lot of hoops, but few compete.

It is not always the fault of the players. Our “system” or our “basketball culture” is dysfunctional. When a player is not getting playing time, he simply changes teams. There is no thought about competing for a spot on the team, fighting for a spot or getting better to earn a spot; we simply change teams. The message to the players is that striving to get better is not important. It is simply how you play and how you look.

Many high school-aged players don’t care much about the outcome of most games they play. They do care about “showing” their skills and abilities for college coaches. How many times have you heard a parent tell their children that you played well or you showed well despite losing the game?

Add to this the large number of meaningless games these kids play in the summer and we have a deadly combination. The emphasis slowly changes from the game to the individual. The emphasis has changed to playing and showing and competing is lost. By the time our players move to the next level, they have not learned how to compete.

In fact, research is very clear that constant praising of children’s innate (basketball skills or intellectual) ability can prevent young athletes/students from living up to their potential. On the other hand, teaching young people to focus on effort rather than ability helps make them high achievers and competitors in school, on the field and in life! Hats off to those coaches who do their part to emphasize attitude and effort – two elements that they have control over each and every day and will largely influence kid’s success in life.

One Reply to “What Ever Happened To Earning Your Keep?”